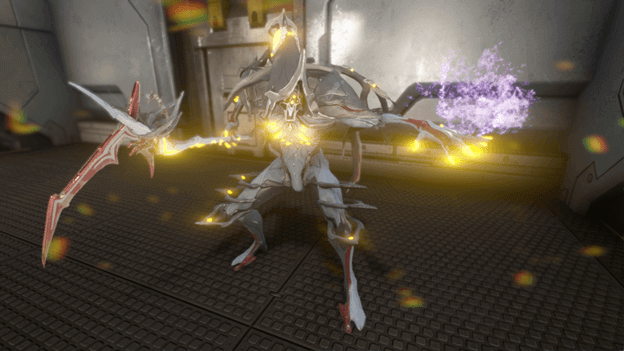 A reaper necromancer Warframe, Nekros manipulates the living and the dead, bending life at an instant to suit his will. Nekros is capable of using his powers to deal damage to the living and can even take control over enemies that he kills. He can use his powers to force the dead to drop more loot, making him an all-time favorite farming Warframe.

How to Get Nekros?

The Nekros Blueprint can be purchased from the Market for 100,000 Credits while his parts are drops from defeating Lephantis, a boss on the Magnacidium Assassination Mission on Deimos. The Following drop and each has a 33% chance, making it quite a grind for new players.

Additionally, Nekros can be bought fully built for 375 Platinum from the Market.

The following are the crafting requirements for Nekros.

You will find that the resources which will be needed for crafting Nekros and his components are listed below. 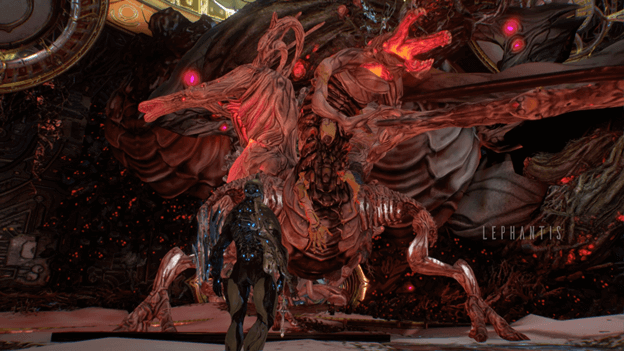 Back then, you had to get a key to be able to fight Lephantis, and this was before the Heart of Deimos update. Nowadays, you can easily challenge this boss, saving time from crafting the key as well as other hardships. All you need to do is unlock the node and challenge Lephantis as well as defeat him of course to get a Nekros part.

Once you start the Magnacidium Assassination mission, you will need to head over to where Lephantis is located, which is a large round room where the first part of the fight takes place. Here you will need to face off against Lephantis’ different heads, which resemble a Corpus, Infested, and Grineer enemy per head.

Each of the enemies has a weak spot and only by targeting them will you be able to deal damage to them. The following are the weaknesses (you can notice by their inner glow) of the enemies.

To reach the second phase of the fight, you will need to do enough damage to each of the heads before you are brought into the second fight area. Here you will find Lephantis and see his full body, which you will have to defeat by attacking the heads. Once ahead has taken enough damage, it will explode and upon destroying the last one, Lephantis will be defeated.

How to Get Nekros Prime? 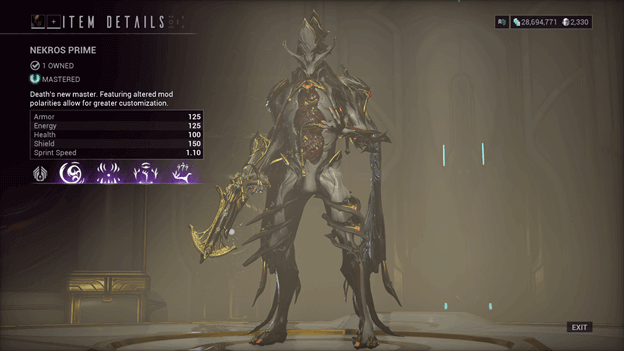 By opening the following Void Relics, you can obtain certain Nekros Prime parts:

Nekros is one of the best farming Warframes you can get, and unlike most farming Warframes, he excels both with a squad and without one. Aside from having powerful builds, Nekros can also focus on being a tanky, a summoner, and even help out with crowd control. He is well known for being an excellent farmer and is very common when players set out on farming sessions.