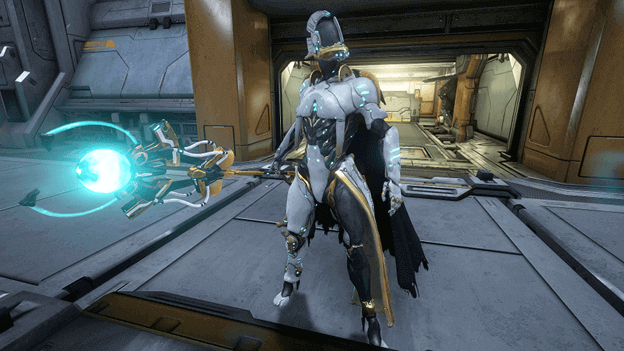 A well-renowned warrior amongst those who know of his deeds, Styanax is excellent at what he does, slaying enemies until none are left.

Styanax is a warrior-themed Warframe who has a resemblance to a Spartan soldier, summoning his Axios Javelin and Tharros shield as he combats his foes.

Styanax is a good all-around fighter due to his ability to disable and weaken enemies to easily slaughter them on the battlefield.

Styanax is currently free for all players who log in before September 21, 2022, providing them with the Warframe through mail.

After September 21, you will still be able to obtain Styanax through regular means, which is to purchase his parts from Chipper at Kahl’s Garrison.

Chipper will sell these parts for Stock, which is a currency that was added in the Veilbreaker update.

You will need a total of 360 Stock to purchase all of Styanax’s blueprints but first, you also need to gain higher ranks with their syndicate.

Additionally, you may purchase Styanax fully built for Platinum.

The following are the crafting requirements for Styanax.

Kahl’s Garrison is currently being polished and you will not be able to check out the items sold by Chipper at this moment.

(To be updated next week)

You can visit Chipper by heading to Kahl’s Garrison (available next week) to see what Chipper can offer you from their wares.

Until then, it is best to log in before September 21 so you can get Styanax for free, which comes with a pre-installed Orokin Reactor.

There is currently no Styanax Prime in the game yet and seeing that there are other Warframes in line, there might be quite some time before it comes out.

Judging by his abilities, Styanax was designed to be fit for different types of playstyles and is extremely useful in any situation.

With his abilities, enemies on the field hardly stand a chance due to his ability to weaken their armor as well as pull them together and blow them up.