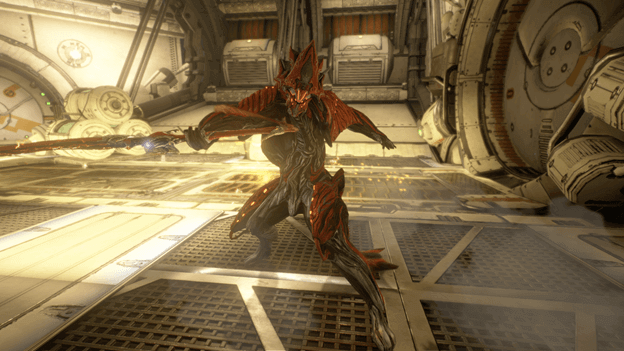 A master of the deadly elements, Chroma is a force to be reckoned with, for he deals damage through many elemental variations.

Showing similarities to a chameleon, Chroma is a Warframe who changes his color for a purpose but instead of survival, this allows him to alter his elemental damage. This makes it easy for players to adapt to different enemies and create different builds to maximize their powers.

Chroma can channel his power and let out elemental breath with his Spectral Scream or buff himself and allies with his Elemental Ward ability.

Not only is Chroma great at dealing damage, but he is also quite durable as well, especially with Vex Armor, which allows him to gain damage and armor based on the damage he receives. It is known that Chroma can even release his outer shell, allowing him to move freely while it stays in place, buffing allies and attacking enemies.

How to Get Chroma?

Chroma’s Blueprint is rewarded after completing The New Strange, while his parts blueprints are obtained by doing Junctions. It is however slightly difficult for newer players to complete him as his other parts require parts from other Warframes

You may require a Chroma Blueprint and Chroma Part Blueprints using Cephalon Simaris Standing at a relay.

Players can buy Chroma for 375 Platinum from the ingame market which can be accessed in their orbiter.

The following are the crafting requirements for Chroma.

The following is a list of resources needed to build Chroma, their locations as well as our guides on where to farm them.

Chroma requires additional parts when crafting and this means you will need to get them first before you will be able to create his parts.

The following are the additional Chroma Warframe Components: 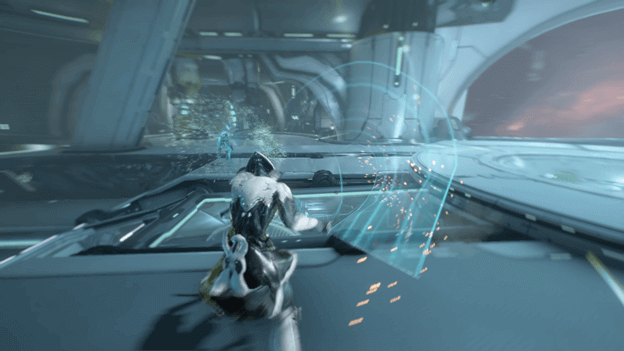 To unlock more planets, you will have to complete certain junctions. These junctions will allow you to move on to the next planet and so on with the next.

The first step to getting Chroma would be to obtain his blueprint (you may get parts first depending on how you proceed) which can be done by completing The New Strange.

After you are finished with The New Strange, you should have the Chroma Blueprint and can now start finishing junctions or start building Chroma if you already completed all of his required junctions.

Chroma may be a bit tedious to farm since you will need other Warframe parts, but there is no doubt that his ability to deal with a different kind of elemental damage has its benefits. You can simply customize loadouts and modify his colors for a whole new build.

Some players can make high damaging builds while others prefer to stick to empower ones with buff or even farming builds. Once you get Chroma, you can start playing around with all of his abilities and the elemental properties they have as you go along.