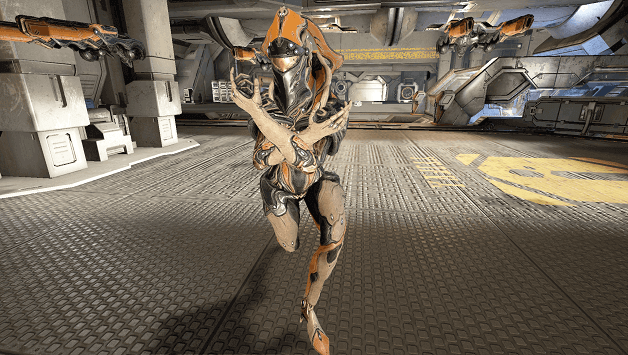 Protea is a gadget-themed Warframe, making use of her many devices to gain an edge in combat to cause serious damage while also staying on the upper hand.

Capable of damaging enemies with her grenades and turrets, Protea gains an advantage when it comes to taking out multiple groups of enemies.

Known for her ability to create a Temporal Anchor, Protea can rewind time to knock down enemies, avoid taking damage and even escape death.

How to Get Protea?

The main blueprint for Protea can be obtained by completing a quest called The Deadlock Protocol and her other component blueprints are rewarded from the Granum Void.

A fully built Protea can be purchased for 325 Platinum from the market to skip The Deadlock Protocol and farming her parts in the Granum Void.

The following are the crafting requirements for Protea.

The following is a list of resources needed to build Protea, their locations as well as our guides on where to farm them. 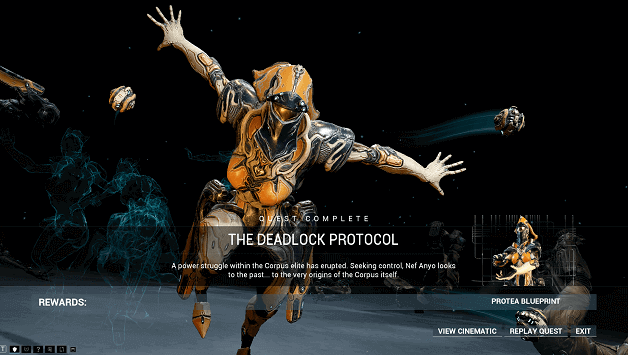 During this quest, Nef Anyo invokes the Deadlock Protocol, which leads to the rise of Solaris United while the Corpus are trying to rebuild.

Players will need to do certain tasks such as complete a three-round interception mission, interact with NPCs in Fortuna, build a weapon called Xoris, and enter the Granum Void.

Completing The Deadlock Protocol rewards the Protea Blueprint and afterward, you can get the other components from each of the different Granum Void difficulties.

There is no Protea Prime at the moment and it is most likely that other Prime Warframes will arrive before it gets worked on.

The following are the locations where you can obtain the specific Granum Crowns as well as the difficulty they can be used with:

Protea is great for both taking on multiple enemies, defending locations, and supporting her allies with her many gadget abilities.

Her Blaze Artillery ability is well known for keeping enemies at bay, being able to deploy multiple turret-like units to continuously fire at enemies.

Her Dispensary ability is great for providing her team with multiple health orbs, energy orbs, and universal ammunition.

When things get rough, Protea has the advantage of turning back time, avoiding damage, or even escaping near-death situations, while also replenishing ammo and energy.