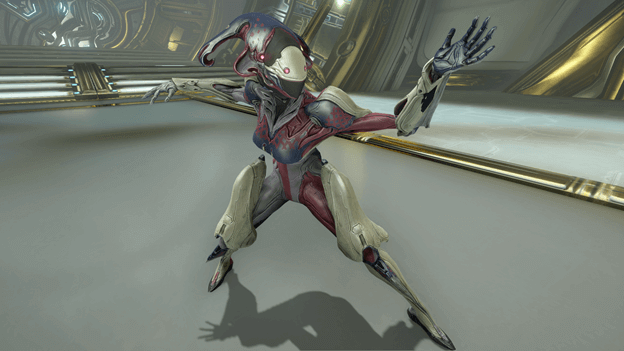 Mirage is a trickster in true form, capable of deceiving enemies with copies of herself, manipulating objects, and even herself with light and darkness. She loves to play tricks on enemies, causing objects to explode or blinding them with her abilities. Best known for her ability to conjure multiple copies to imitate her every move, Mirage is a force to be dealt with on the field.

How to Get Mirage?

You might not have expected it but as mischievous as Mirage is, so is the way to obtain her as you will need to solve some riddles, also known as the Hidden Messages riddle to figure out where each of her missions is. Strangely, her main blueprint can be purchased from the market for 35,000 Credits.

Below are the parts for Mirage as well as the Hidden Messages location for them:

Mirage can be purchased fully build for 275 Platinum and in the case that the Warframe is lost, players can purchase blueprints from Cephalon Simaris.

The following are the crafting requirements for Mirage.

Below is a breakdown of the resources that you will be needing when crafting Mirage as well as the locations where you can find them.

How to Complete Hidden Messages Quest? 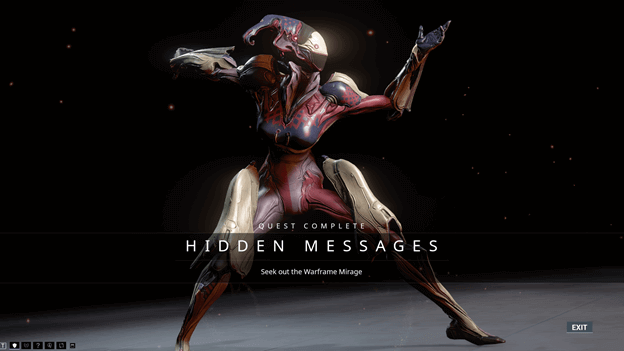 Before you can even begin with the Hidden Messages quest, you will first need to complete the Pluto to Sedna Junction. There will be three riddles that point you to the right missions that contain Mirage’s components. You will receive riddles from Ordis in your inbox.

“Three parts, three acts, three riddles for thee –
to revive the one wielding fantasy
Ancient gods so cruel, once ruled from on high
Can you name their peak where the land meets the sky?”

The answer to the riddle is Olympus, Mars. (Based on Greek Mythology, the highest mountain is Olympus and it is known to be the only place where the land touches the sky).

“To build the one you think witty,
seek the nymph who sang oh so pretty.
She lured him in with her song and grin,
his wife must’ve thought it a pity.”

The answer to the second riddle is Calypso Saturn. (Also in Greek Mythology, Calypso was known to have enchanted Odysseus, causing him to stay on with her for seven years.

“One more act before your prize is caught.
An ancient sea creature, take a whirl or not?
Look for the monster that swallowed sailors of yore.
Make a mistake and you’re sunk. Nothing more.”

The answer to the final riddle is Charybdis, Sedna. (Charybdis is known to be a sea monster from Greek Mythology that creates a whirlpool as it sucks to get its prey).

How to Get Mirage Prime? 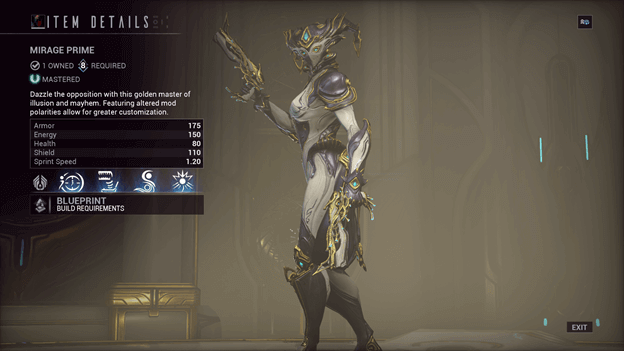 Mirage Prime can be obtained by unlocking its parts from the following Void Relics:

The need to solve riddles made Hidden Messages one of the most intriguing quests around but still there were always ways around it such as searching for it online or simply checking each planet. Still, Hidden Quests is quite challenging and fun, while also being rewarding since Mirage has quite a unique set of abilities.

Mirage’s ability to make multiple copies of herself makes her good at dealing damage, especially with attacks that have an area of effect. Weapons that explode or that fire in a larger radius will be copied by each instance of herself. Her other abilities make her quite a good strategic Warframe, both being able to set traps for enemies as well as disable them.