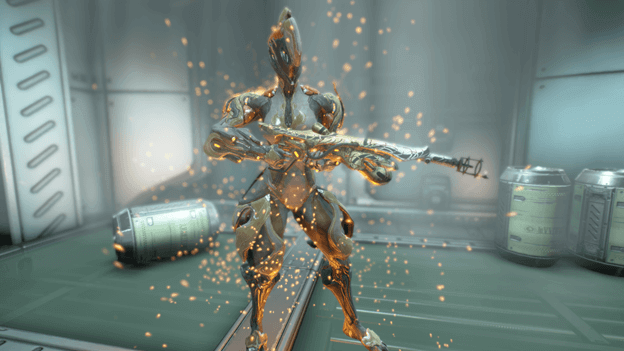 Just like her name insists, Ember is a fire-themed Warframe, capable of summoning her flames at will to deal destruction upon her foes. Ember is capable of harnessing fire to deal heat damage to enemies, damaging them and setting them ablaze for damage over time. Ember can easily take out swarms of enemies and deal a lot of damage with her abilities.

How to Get Ember?

The Ember blueprint may be purchased from the orbiter for 25,000 Credits.

Instead of collecting all of the blueprints and crafting her, you can buy Ember for 225 Platinum from the market.

The following are the crafting requirements for Ember.

The following is a list of resources needed to build Ember, their locations as well as our guides on where to farm them.

How to Defeat General Sargas Ruk? 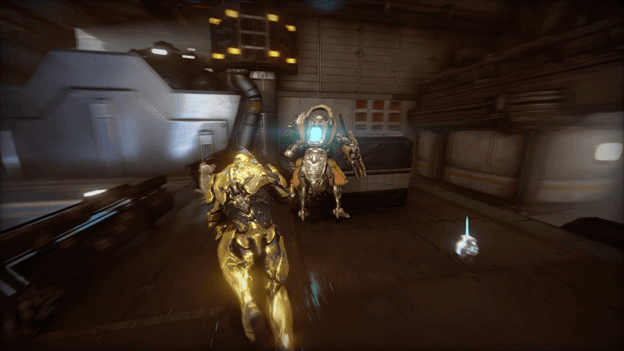 Sargas Ruk is one of the later enemies that you encounter on Saturn and he can be quite challenging for those who are not yet equipped with better weapons and mods. When it comes to facing Sargas Ruk, you should keep in mind that you won’t be able to directly kill him by attacking him blindly. You will have to wait for opportune moments to deal damage to him.

You will need to head over to Tethys on Saturn, which is the mission where you fight Sargas Ruk. Make your way to his location and the battle will begin. Once you are fighting Sargas Ruk, evade his attack and stay away if you must while you wait for his weak spot to appear. You will notice that parts of him will open up and show a bluish glow.

Sargas Ruk will have three weak spots which appear in order as you destroy each one, his arm, chest, and back. Destroying the first two weak spots will weaken him and once the final one (his back) opens up, you will be able to defeat him. Defeating Sargas Ruk will reward you with one of Ember’s parts, which are chosen at random.

How to Get Ember Prime? 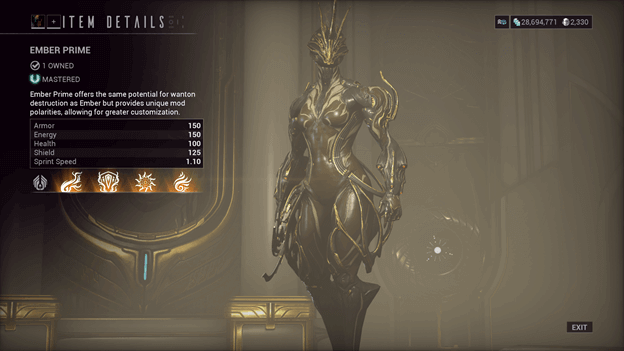 Ember Prime can be obtained by unlocking its parts from the following Void Relics:

Ember is a great AOE (area of effect) damager and can do a good deal of damage to different kinds of enemies as well as clear lower-level missions. Her abilities make her very powerful, especially when your mod her abilities to work the way you need them to for different strategies. Imagine the ability to turn hordes of enemies into barbecue with ease, that’s what Ember does.