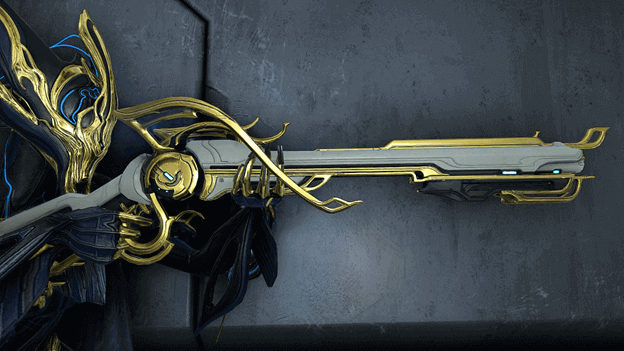 It is a favored weapon amongst those who prefer to deal with enemies using accuracy and continuous fire to maximize damage output.

This weapon features a burst-fire trigger, allowing it to quickly unleash shots every time the trigger is pulled, making it easier to hit enemies in quick succession.

Below we’ve covered few Sybaris Prime builds that were tested out by us to create effective damage to the enemies. 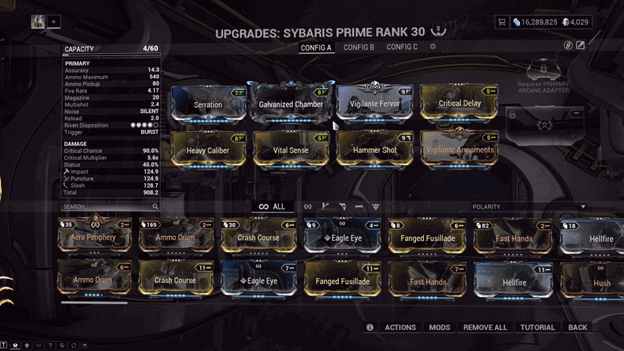 Since the Sybaris Prime features an increased Critical Chance before its predecessor, it makes it viable to use a critical build such as this one.

The Critical Chance is raised to 90% with this build, allowing you to score several critical hits to deal more damage to enemies. 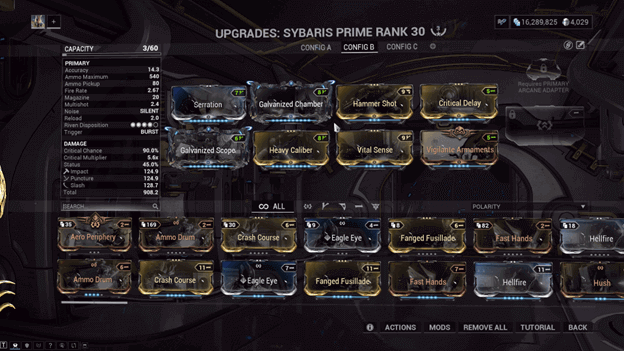 The Headshot Build for the Sybaris Prime focuses greatly on accuracy but rewards you with higher amounts of damage.

The insane amount of Critical Chance that is built up after continuous headshots and kills will guarantee continuous critical hits. 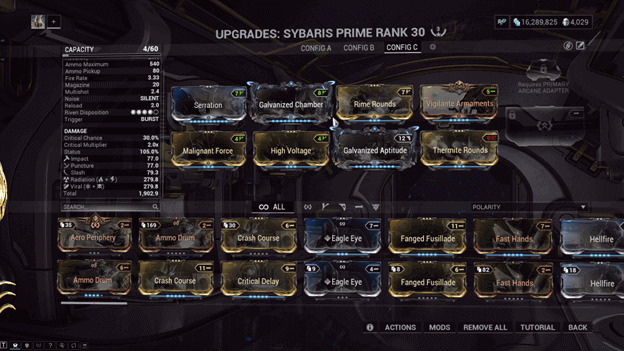 Not only is the Sybaris Prime good with Critical Builds, but it also does quite well with a status build, allowing you to inflict status effects upon your enemies.

With a combination of the 4 elemental status mods, you can have 2 combined elements to inflict certain status effects that you prefer and deal more damage to factions.

You can swap the elemental status mods to change the elemental combinations, which makes it easy to target which kind of status effects would best work on certain enemies. 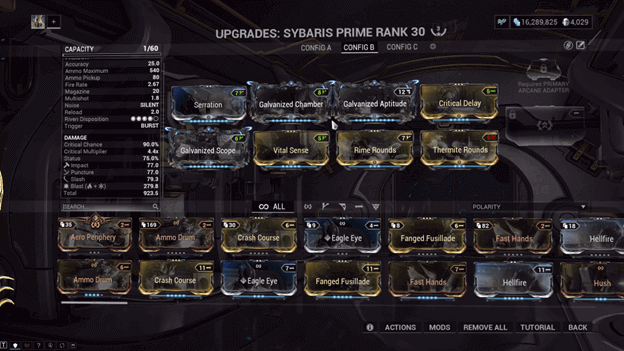 Favoring the combination of both Status Chance and Critical Chance, the Hybrid Shots Build allows you to deal high amounts of damage to enemies from different sources.

The elemental status mods allow you to inflict enemies with status effects and will deal additional damage to certain enemy factions.

With its addition to the Galvanized Scope and Critical Delay mods, you can deal immense amounts of critical damage to enemies within only a few shots. 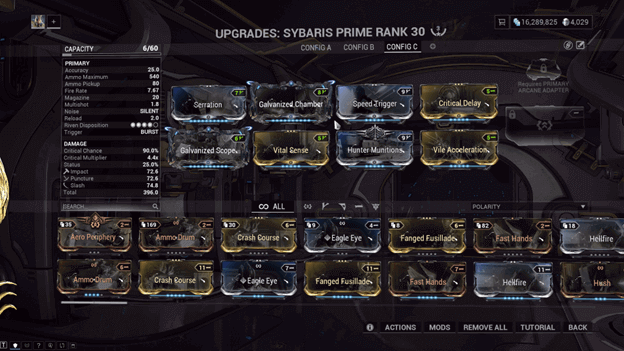 Nothing beats an enemy down like suppressing fire and the Sybaris Prime is capable of packing a punch that enemies won’t be able to retaliate.

This build focuses on dealing critical damage and allows you to fire the Sybaris Prime at increased speeds, making it easy to pin down enemies.

Continuous headshots are easy to deal with as the Sybaris Prime retains its accuracy and you can easily land headshot after headshot. 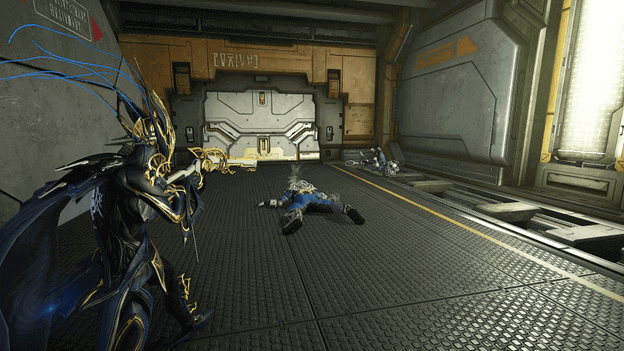 The Sybaris Prime’s damage is distributed almost equally between slash, puncture, and impact damage, with a little bit going toward slash damage.

It can easily tear through enemies with little to no armor and inflict status effects such as bleeding to armored enemies.

It takes only a few hits to begin to weaken enemies with the Sybaris Prime and afterward, even the strongest enemies will fall to its destructive beauty.