Ash is an assassin-themed Warframe who utilizes both stealth and lethal damage as a way of dealing with his enemies. He can use his Shuriken ability to deal damage to enemies and cover his trace with his Smokescreen ability.

His agility allows him to teleport to enemies and make them vulnerable to finisher attacks. Utilizing his powers, Ash can send out copies of himself to attack marked enemies, eliminating several foes in a short amount of time.

How to Get Ash?

You can obtain the parts for Ash as a drop from Grineer Manics, stealth enemies who have similar traits to Ash that try to assassinate you during certain Grineer missions. A random port will be dropped by a small chance whenever a Manic is killed:

The Ash blueprint may be purchased from the orbiter for 35,000 Credits.

Ash is purchasable for 375 Platinum from the ingame market aboard your orbiter.

The following are the crafting requirements for Ash.

The following is a list of resources needed to build Ash, their locations as well as our guides on where to farm them. 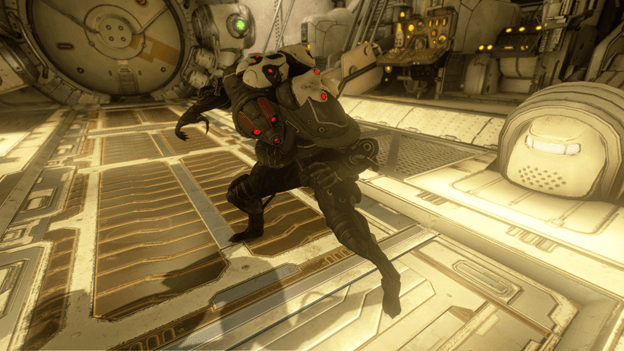 To obtain the blueprints for Ash Parts, you will need to do Grineer missions which have Grineer Manics spawn in. Manics are stealthy enemies and known to be assailants during most missions who appear at special points during missions to take out the Tenno. Manics spawn during Disruption missions where they will attempt to attack you while you rescue survivors.

The Titania mission on Uranus is a great way to farm Manics since several of them spawn in the mission while you fight Tyl Regor. Titania is an easy to defeat boss mission and will provide you with a better chance to obtain parts for Ash, especially when you have an additional drop chance provided by boosters or from abilities such as Nekros’ Desecrate ability.

How to Get Ash Prime? Ash Prime can be obtained by unlocking its parts from the following Void Relics:

Ash makes a good stealth Warframe and can deal a lot of damage to enemies with the different builds possible through the use of his abilities. Manics make it worth the effort to farm since you will be able to utilize almost the same technology they have, but more with the Ash Warframe. It may not be as easy to find Manics due to their rarity on other missions but doing Disruptions or facing Tyl Regor can change this