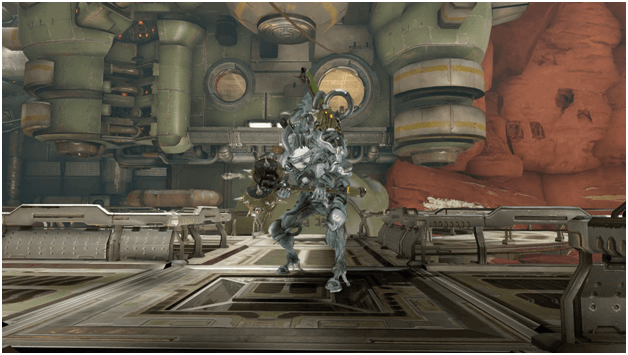 He may be one of the starting Warframes that you may choose from when first playing the game but later on, players may want to get him to test out, collect or to use in certain missions. By the time you may have already progressed through the game, the opportunity to obtain this iconic Warframe may already be available which is by doing the War mission on Mars.

The War mission is an assassination mission which requires you to assassinate Lieutenant Lech Kril. You and any allies that are with you must head over to Lech Kril’s location and defeat him. Successfully completing the mission will reward you with Excalibur components which may be used later to build Excalibur.

How to Get Excalibur?

The Excalibur blueprint may be purchased from the orbiter for 35,000 Credits.

The following are the crafting requirements for Excalibur.

The following is a list of resources needed to build Excalibur, their locations as well as our guides on where to farm them.

How to Defeat Lieutenant Lech Kril? 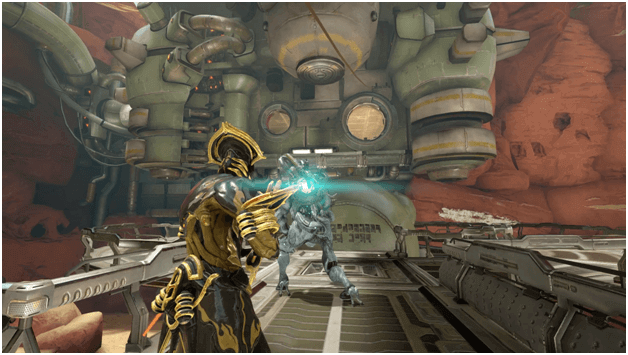 At the beginning of the mission you will need to follow a marker that will lead you to the area where the fight will take place. You will encounter Grineer enemies along the way and will continue to encounter them during the fight. Once you reach Lieutenant Lech Kril, a cutscene will play and he will appear on a platform.

There are two phases when facing Lieutenant Lech Kril, the first involves you attacking his armor, rather than his health. Lech Kril will attach you with his weapons (Gorgon for ranged and Brokk at melee) until you can disable him. In order to disable Lech Kril, you must shoot the weak spot located on his back which is glowing.

After you have attacked his weak spot, you will notice that one of the tubes on his back has been disconnected. A disconnected tube will cause Lech Kril to eventually disable himself by performing a grounded slam attack which will cause him to freeze up. Once he has been frozen, you may deal damage to his armor, destroying the tubes. This must be done four times to disengage his armor, making him vulnerable.

Phase two begins as the armor is disengaged and Lieutenant Lech Kril will visually change in appearance to red, signifying that damage may now be done straight to him. You will need to deplete his health once he is vulnerable which will kill him and end the fight. Lech Kril drops his items and extraction will be available afterwards.

Lieutenant Lech Kril is considered to be a great war hero by the Grineer for his past battles which he has come out victorious over in his time. He has been seen as a threat to many in the solar system and the only way to return stability would be to assassinate him.

Lieutenant Lech Kril is one of the earlier bosses that you fight in the game. Players used to have a hard time fighting this boss due to the lack of knowledge about his mechanics. Back then the weak spot on his back would not glow and players tended to spammed all of their abilities and fired all of their weapons. Nowadays Kril is much easier to beat and more comfortable for new players.

Defeating the Lieutenant is no hard task as you simply need to stick to the mechanics of shooting his weak spot, waiting for him to freeze and dealing damage to him. Repeating these steps is all you need to know when defeating him. To get through to his health, you can follow the set weaknesses and use either Heat, Viral or Radiation as you please.

This is currently the only free way to obtain Excalibur aside from getting him as a starting Warframe.