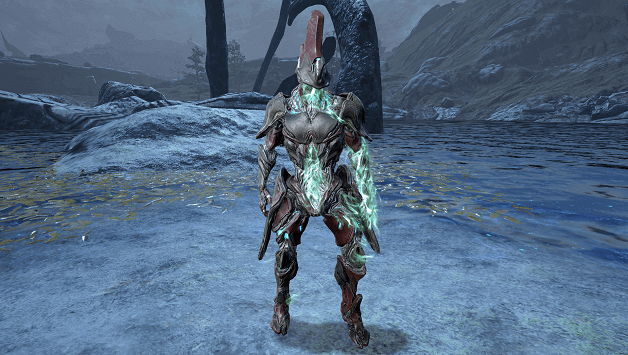 Revenant, the embodiment of Sentient energy and death, arose like a ghost from the past to lay waste to his enemies.

Using the Sentient energy within him, Revenant is capable of taking control of enemies by converting them, stealing life force from his foes, and unleashing death around him.

This Warframe does well when it comes to taking enemies head-on and can even turn them to fight for his cause.

How to Get Revenant?

The main blueprint for Revenant can be obtained by completing a quest called The Mask of The Revenant, which is available at the rank of Observer with The Quills.

To obtain the other component blueprints for Revenant, you will need to do bounties in the Plains of Eidolon.

Another way to get Revenant is to purchase him with 325 Platinum, which will save you the time from farming resources and even completing his quest.

The following are the crafting requirements for Revenant.

The following is a list of resources needed to build Revenant, their locations as well as our guides on where to farm them.

Complete Mask of the Revenant 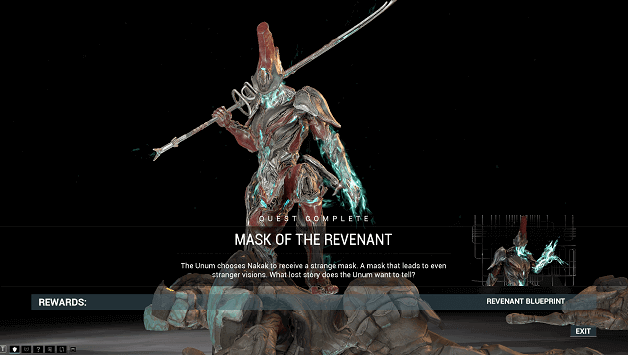 Before you can proceed with this quest, you will need a Mask of the Lost One, which you can get from Nakak.

Once you enter the plains, you will need to follow a waypoint and interact with a spot filled with energy, which you will then interact with.

You will need to craft one of Revenants components (available from bounties) before you can proceed with the quest, repeating the previous step.

Players will similarly repeat the steps until they encounter the Revenant Specter, which must be defeated, rewarding you afterward with the Revenant blueprint.

How to Get Revenant Prime? 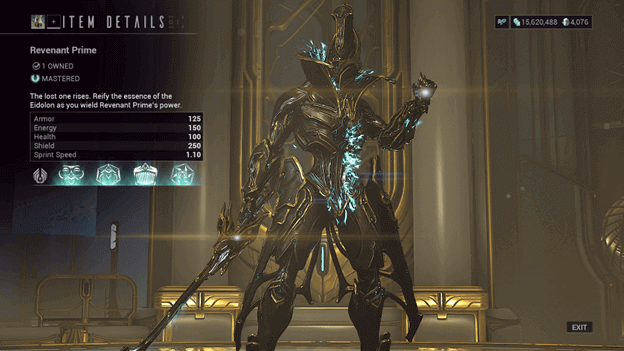 Revenant Prime only requires you to farm Lith and Meso relics, which is quite easy, which are the Lith R2, Lith S14, Meso N13, and Meso P9 relics.

Lith R2 and Lith S14 can be obtained by doing certain missions on Deimos, Mars, or in the Void and can easily be obtained on different rotations.

An easy way to obtain these would be to do the Hepit (Capture) Mission in the Void for a single drop chance or the Hyf (Defense) mission on Deimos to obtain them by waves.

Meso N13 and Meso P9 are obtainable from Void, Jupiter, or Mars and are easy to get by doing either defense or capture missions.

You can decide to go for the Io (Defense) mission for Rotation A chances or Ukko (Capture) mission on Deimos for single drops.

Revenant can easily take on several enemies at once due to his abilities, as well as withstand more damage than expected.

He can convert enemies into thralls to fight for him and even dash through enemies to steal their life force, perfect for empowering himself and for versatility.

To add more survivability, Revenant’s Mesmer Skin ability can be used to block incoming damage and stun attackers, opening them to finishers.

When the time calls for it, Revenant can perform the Danse Macabre, spinning in a circle of death while beams fire out to destroy enemies and redirect incoming damage.