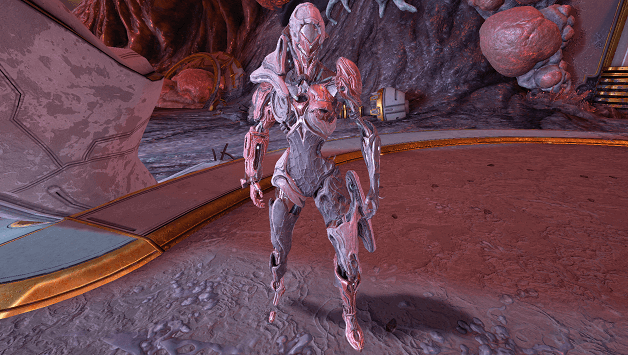 Rising from the remains of fallen warriors, Xaku lives on to decimate its enemies without mercy using the power of the Void and what is left of its foes.

Xaku is capable of turning the tide of battle by using the number of enemies it faces against them, capable of fighting off powerful groups.

Manifesting the power of the Void, Xaku can deal excessive amounts of damage to her enemies, along with using her other abilities to control, disable and destroy.

How to Get Xaku?

To get Xaku’s main blueprint, you will need to complete the mission called Hearth of Deimos, which is available after completing the Eart to Mars Junction.

The blueprints for Xaku’s components can be obtained by completing different bounties in the Cambion Drift on Deimos.

Xaku can be instantly obtained if you purchase it using for a cost of 325 Platinum.

The following are the crafting requirements for Xaku.

The following is a list of resources needed to build Xaku, their locations as well as our guides on where to farm them. 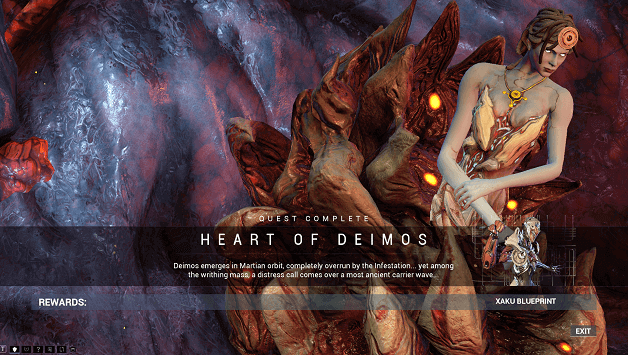 Xaku’s main blueprint is rewarded upon the completion of the Heart of Deimos quest, which acts as an introduction to Deimos and the Cambion Drift.

You will need to speak with members of the family in the Necralisk to meet everyone, a way of getting familiar with the safe zone.

This quest will also take you into the Cambion Rift where you must complete certain objectives before returning to proceed with the quest.

During the quest, you will be introduced to a Voidrig Necramech, which acts as your introduction to using one, which you can also build later on.

You will then need to delve deep into the tunnels to patch up what they call the Heart and defend it from enemies.

In the end, you will meet with the one they call Grandmother, who speaks with you before she rewards you with the Xaku Blueprint.

There may be quite sometime before a Xaku Prime may be released, as there are other Prime Variants that will come before it.

Xaku is capable of harnessing the power of the Void and can use it to imbue her weapons with Void bonus void damage.

When facing multiple enemies, Xaku can steal weapons from multiple targets to use their weapons against them.

With Xaku’s ability, The Lost, it can select different kinds of ways to manipulate enemies by taking control of them, grasping them with tendrils or simply annihilating them.

Being built of the fallen warriors, Xaku can unleash its outer armor to become even more agile, damaging enemies and improving its abilities.