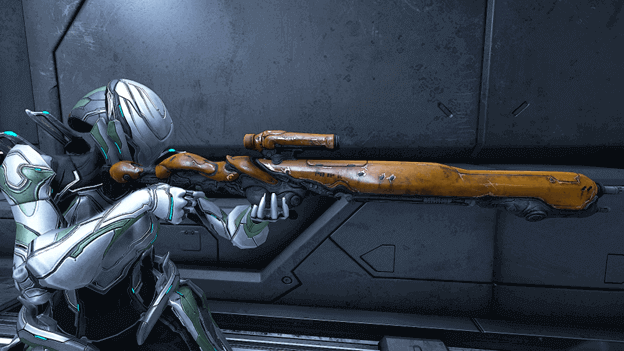 The Buzlok is a rifle designed by the Grineer that fires slugs at enemies which also includes a unique homing feature.

This weapon is capable of firing a tracer round which marks an enemy, allowing the shots fired from the Buzlok to track enemies.

Enemies who are marked by the tracer round will increase the Critical Chance of the Buzlok when you are firing at them.

Below we’ve covered few Buzlok builds that were tested out by us to create effective damage to the enemies. 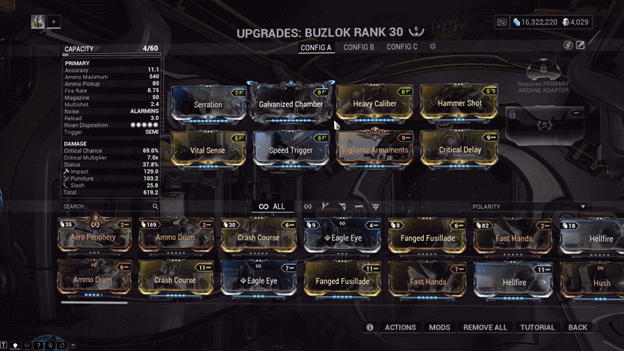 The Critical Slug build allows the Buzlok to deal a good deal of critical damage with the increased Critical Chance it has as well as its higher rate of fire.

Its projectiles are greatly increased thanks to the Galvanized Chamber which makes it easy to hit enemies, dealing more damage up close or at mid-range.

This build focuses mostly on critical damage but can be altered to include elemental mods by replacing Vigilante Armaments and Hammer Shot. By dealing headshots, you will be able to boost the Critical Chance of the Buzlok and increase it, even more, when a headshot kill happens.

For those who wish to increase the damage of this build, Vile Acceleration can be replaced with Heavy Caliber at the cost of a bit of accuracy. 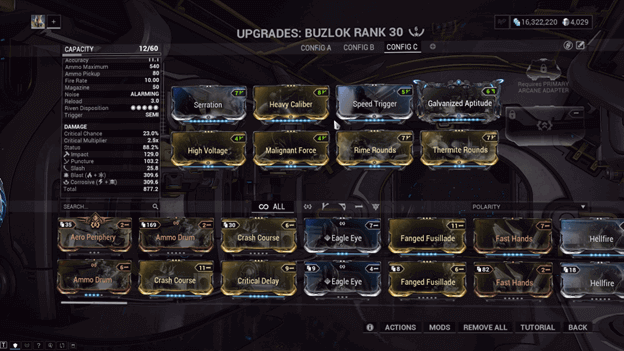 The Status Slug Build focuses on dealing higher amounts of damage and inflicting status effects onto enemies hit by your slugs.

This build is capable of weakening enemies or causing them to take damage over time based on the elemental combinations you create.

Enemies who are hit by your slugs have a high chance of becoming inflicted with status effects and those who are left standing can be finished off with continuous fire. 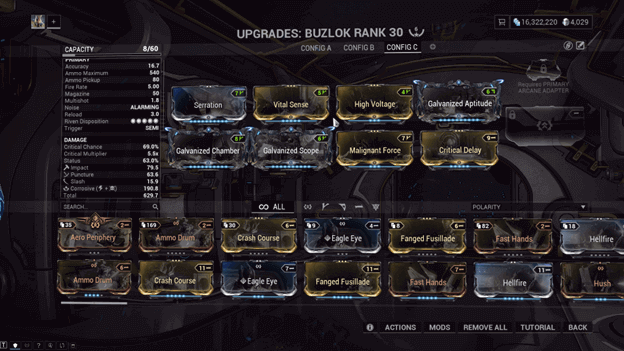 The Hybrid Slug Build combines the Critical Chance and Status Chance prowess of the Buzlok, allowing you to inflict status effects and deal critical damage.

This works perfectly with almost any mission and can make it easy to defeat enemies of certain factions based on the elemental combination you choose.

Galvanized Scope has been included in the build to further allow you to have an increase in Critical Chance to deal more damage along with any status effects caused. 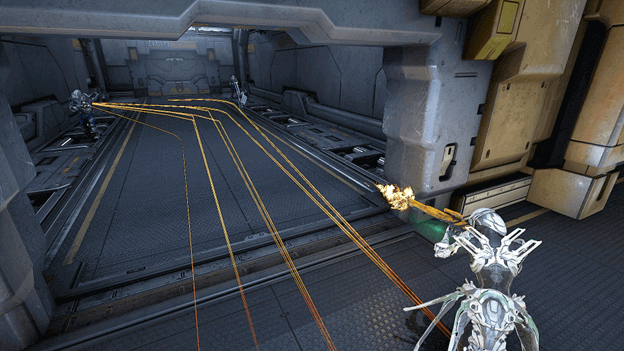 The Buzlok has a decent Critical Chance and Status Chance, making it easy to deal damage to enemies in multiple ways.

Its ability to fire enemy-tracking rounds makes it easy to fire and maneuver at the same time, providing you with better accuracy.

Enemies who are unlucky enough to get caught in your crosshairs will be sure to take immense amounts of damage and fall within seconds.