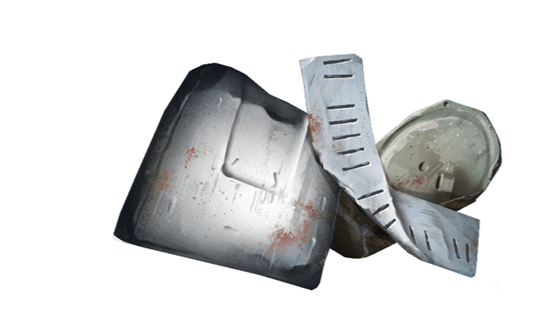 Salvage is one of the most common resources in Warframe and is used for the crafting of several kinds of equipment, mainly weapons and Warframes. This resource comes in a moderate amount when farmed in mission but deciding on the right place to farm is what players need to do, if they want to efficiently do so.

We have prepared a list of the best places for Salvage farming which you can utilize to quickly acquire an abundant supply of this resource.

How To Farm Salvage?

Salvage can drop from several sources such as from fallen enemies, storage containers and lockers within the missions on planets that have Salvage in their drop table.

In order to farm Salvage early on, there are several missions along with some Dark Sector ones that make farming this component very easy when you begin your journey through the game.

It is a good idea to have a squad with you for even more of this resource to be obtained but farming solo does the trick as well.

Where To Farm Salvage?

As there are only 4 different planets which have Salvage in their drop table, these being Mars, Jupiter, Sedna and the Kuva Fortress, we have selected missions on Mars and Jupiter, since they have a good bonus drop rate in their Dark Sectors and the level of the enemies in the missions are suitable for most players.

Mars is the best place to farm Salvage due to the low level of enemies but players may also set their eyes on Jupiter for a different set of resources to go along with Salvage. 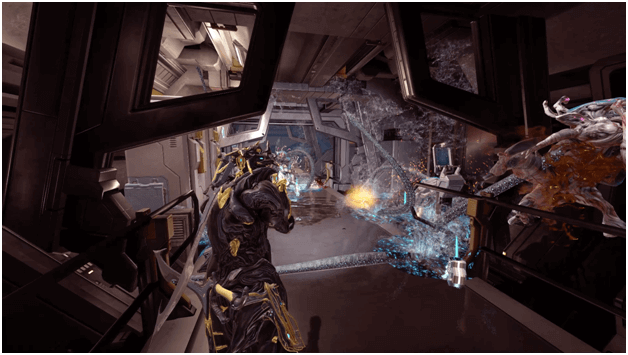 Wahiba comes as our top choice due to the low enemy level in the mission and because there are many spots where you and a squad may camp. Should you choose to roam, farming will still be doable but eventually staying in a spot or roaming in a rotation between points where enemies will meet you will be best.

You farm Salvage alone by going solo or head out with a squad to get more drops since the number of enemies depends on how many players are in the mission. Wahiba has a 20% increase in resource drop rate which is a moderate bonus that can benefit you and your squad when farming Salvage. 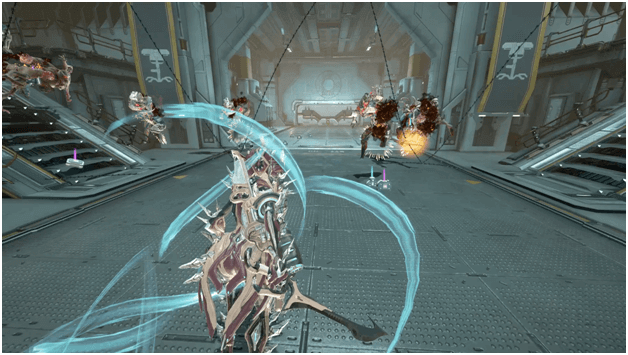 Cameria on Jupiter is also one of the more preferred spots and ever since the rework done on the Gas City, there are better spots which you can camp.

Right at the beginning of the mission, there is a huge area where you can camp as enemies will come from multiple directs and make their way towards you. This can be really helpful for Warframes such as Khora and Hydroid as they can simply use their abilities to take care of the enemies and easily loot what drops from them. Just like Wahiba, Cameria also has an increased drop rate of 20% since it is a Dark Sector mission. 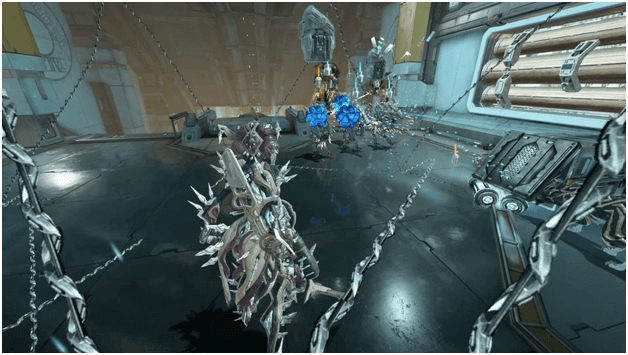 Elara is basically the non-infested version of Cameria which some players may prefer to face off against the Corpus. Be sure to watch out for Nullifiers as they can prevent you from using your abilities. Khora is one of the best choices for such a map as her Strangledome ability is not disable by the Nulllifers and this allows her to safely farm in Corpus missions.

There are a lot of new pathways in the mission and you can easily find a good spot to start camping. Other farming Warframes will do well in this mission but the Nullifiers can be quite a pain for them. Some would consider the fact that Elara is not a Dark Sector mission but this may not always matter.

Although there may be other missions in the other planets such as Amarna on Sedna, the Dark Sector resource boost is only 25% which is slighter higher than that of Mars and Jupiter but this doesn’t make it any easier.

Mars and Jupiter still remain as some of the beginner planets and players can easily farm in such places since they are usually the earliest to be accessed. It is a good idea to bring a squad with you to increase the number of enemies in a mission but try not to wander away from the squad.

Wahiba is definitely one of the best places for Salvage farming since it has the lowest level and still yields a good amount of resources.