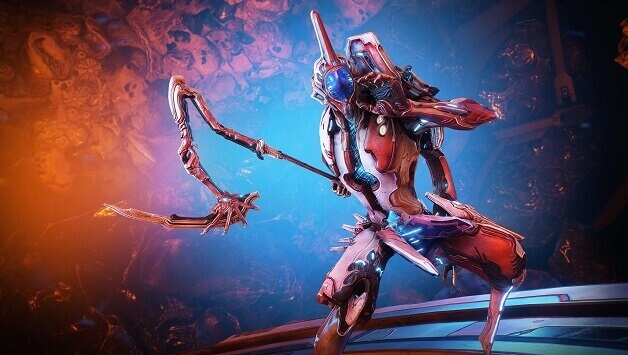 The arrival of The New War update brought yet another Warframe and this time, it is more of a Sentient-like one, harnessing abilities similar to them.

Caliban, the Sentient Warframe is not obtained like most and will need a little bit of extra effort to obtain and craft his parts.

While most of his resources can easily be farmed, there are quite a few that will require you to do bounties and even Railjack missions.

How To Get Caliban Blueprint?

When The New War first came out, Caliban’s main blueprint was already in the Market and can be purchased for 50,000 Credits.

While it seems to be an easy purchase, there is a lot more that needs to be done to obtain his other parts, including completing The New War quest.

How To Get Caliban Components?

To get Caliban’s components, you will have to complete The New War because this will unlock specific bounties that allow you to farm his component blueprints.

These are called Narmer Bounties and they take place after The New War, swapping common enemies in either the Plains of Eidolon or Orb Vallis.

Only in the Plains of Eidolon or Orb Vallis as well as their cities Cetus and Fortuna will you be able to obtain Narmer Bounties and these will have a schedule.

Most of the rarer resources for Caliban come from the Plains of Eidolon and can easily be farmed within a few hours, provided you have all the necessary gear.

Since Caliban’s components cannot be obtained until you gain access to the Narmer bounties, it is required that you will have to complete The New War first.

Resources such as the Narmer Isoplast can only be obtained from Narmer bounties, which you will most likely obtain while farming for his component blueprints.

Anomaly Shards have become more important since the New War and you will need 9 of them to craft all of Caliban’s components.