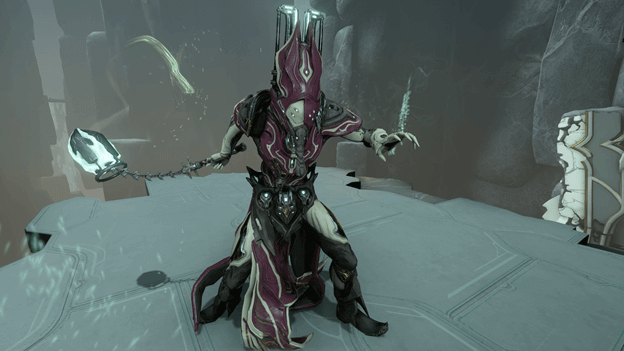 Harrow resembles a dark priest and can be an excellent support Warframe, but also performs well even on his own. He can provide teams with fire rate, life steal, increased reload speed, and even invulnerability which turns into critical chance later on. With all of his buffs as well as his ability to stop enemies in their tracks, he is considered an excellent support Warframe.

How to Get Harrow?

To get Harrow’s Blueprint, you will need to complete the Chains of Harrow quest, which rewards it to you once finished. His component blueprints can be found by doing specific missions.

The following are where you can get Harrow Blueprints:

You may reacquire the main blueprints from Cephalon Simaris for 50,000 standing.

A completely built Harrow may be purchased from the market for 225 Platinum.

The following are the crafting requirements for Harrow.

Below is a breakdown of the resources that you will be needing when crafting Harrow as well as the locations where you can find them.

How to Complete Chains Of Harrow Quest? 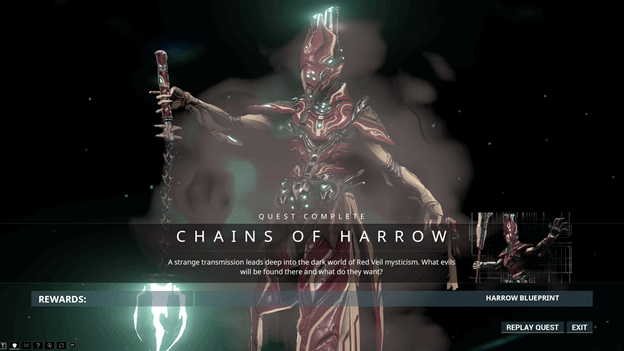 The first step of the Chains of Harrow quest is to Investigate the Message: Pacific, Earth which puts the player in a ship that seems to be running on no power. You will need to head towards discovery locations. There will be three spots you need to investigate before you are contacted by the Red Veil member named Palladino who you must protect until the mission ends.

You will next need to do the Meet Palladino at Iron Wake: Earth step, which requires you to head to Iron Wake. To proceed you will have to switch to your Operator to enter the guest quarters. The situation will be explained regarding Rell, whose spirit has escaped and needs to be found. Palladino will ask you to retrieve a stolen relic to calm Rell.

Your next step will be to do the Find Rell’s Relic: Hydra, Pluto mission, at this point, players start to learn more about Rell and find out that he is emotional and has started lashing out at those who have been slaughtered on the ship. You will need to head towards the relic’s location and retrieve it but this causes Red Veil enemies to attack, and you will need to escape.

Once the relic has been obtained, you’ll be heading back to Iron Wake and you will have to complete a short minigame as Rell’s past is revealed. You will find cards with faces on them and should choose the correct emotion when prompted. Later on, Lotus will suggest capturing Rell’s manifestations which require Kinetic Siphon Traps.

The Lotus later that Rell has been in Transference too long and has been stuck in the Void, which is what is causing psychological damage.

Your Next step will be to complete the Enter the Temple: Tiwas, Void mission, which is where Rell’s consciousness is imprisoned. You will have to make your way until you reach the hanging Warframe in chains. As you try to free the Warframe, it appears that another being is inside it and you will have to fight it. You will have to defeat the Red Veil Fanatics that are around and destroy the chains.

Rell will talk to Palladino, asking about the “man in the wall” and Palladino explains that the Tenno will take on what used to be Rell’s responsibility. Rell will finally be at peace and the mission will be complete, rewarding you with the Harrow Blueprint. From here on a doppelganger will appear from time to time.

The Chains of Harrows quest is one of the most memorable of Warframe’s quest, especially because of its release and experience when it came out. Harrow has been one of the most rewarding Warframes, especially after the several steps you need to take to obtain him. Once Harrow has been obtained, he can be used in several missions and becomes a very valuable member of any squad.

It is possible to obtain some of Harrow’s parts before doing the Chains of Harrow quest but eventually, you will need to get the main blueprint. If you lose the main blueprint, you may require it by purchasing it for standing from Cephalon Simaris.