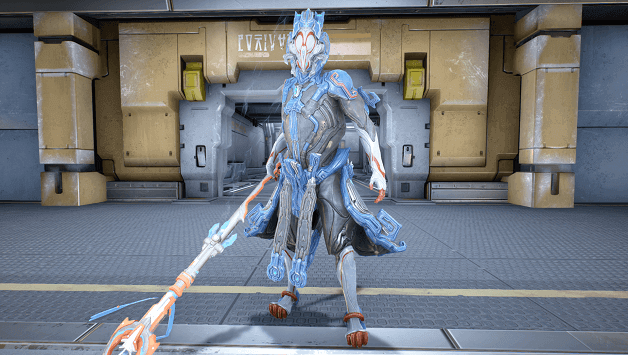 Wukong is a primal and wild Warframe from a time long ago who possesses a lot of spiritual power from his immortal ancestry and a bit of trickery for its leisure.

He is an offensive and sturdy fighter Warframe, capable of taking incoming damage as well as dealing a lot in return.

Not only can Wukong do a lot of damage alone, but he can also summon his Celestial Twin to deal even more damage and cause a lot of trouble for the enemy.

How to Get Wukong?

Wukong is easier to get than most would think, but the resources needed for him can be quite a pain as a lot of Nitain Extract is needed.

All of the components as well as Wukong’s blueprint may be replicated from the dojo once they have been researched.

Instead of replicating Wukong’s blueprint and component blueprints, you can purchase him to be fully built for 275 Platinum.

The following are the crafting requirements for Wukong.

The following is a list of resources needed to build Wukong, their locations as well as our guides on where to farm them. 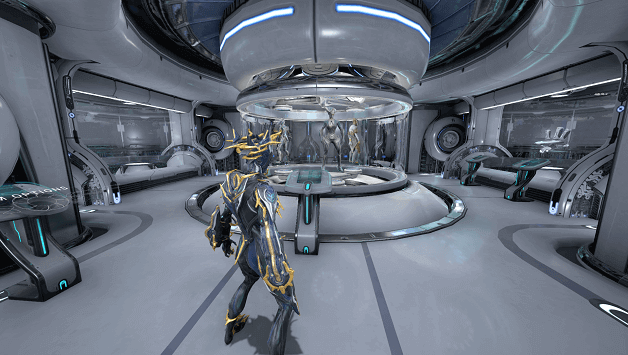 Thanks to the Nightwave Credit Offerings, it is possible to purchase Nitain Extract (you can get it from other missions as rewards too) so that you can easily build Wukong.

Before anything, you will have to be in a clan that researches or already has researched Wukong and his components.

Once everything needed to build Wukong has been researched, you may replicate them from the Tenno Lab for Credits.

How to Get Wukong Prime? 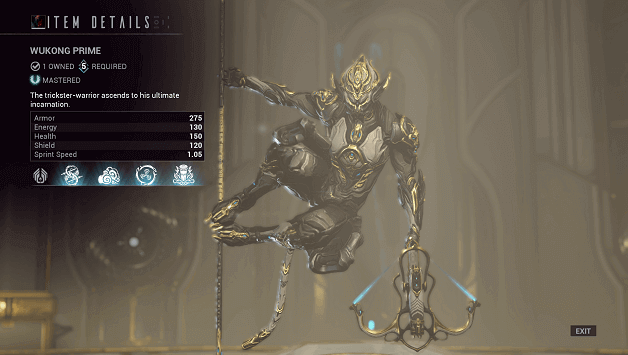 Wukong Prime can be obtained by unlocking its parts from the following Void Relics:

Wukong has the ability to split himself into two different beings, his Celestial twin will have a higher amount of health and will use the same weapons he uses.

Getting around is easy with the Cloud Walker ability, allowing Wukong to fly around as a cloud of mist and pass through enemies, dazing them as well.

One of Wukong’s most dangerous abilities is Defy, which allows him and his twin to become invulnerable, absorb any damage and release it towards enemies.

Wukong can release his inner beast with Primal Fury, using his Iron Staff which he pulverizes his enemies with.