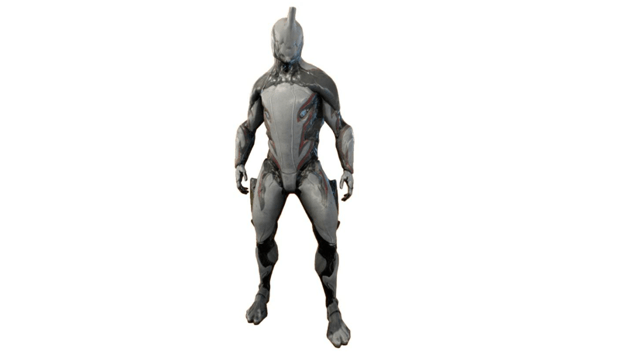 Excalibur is one of the earliest Warframes who was released in October 25 2012, focusing on sword and energy as his abilities. This Warframe is considered to be a combination of mobility and offense which makes it great for new players who prefer attacking the enemy straight on with attacks and abilities.

How to Acquire Excalibur?

Excalibur may be chosen as one of the starting Warframes when a player first plays the game. Additionally, Excalibur’s components may be farmed by defeating Lieutenant Lech Krill in the War mission located on Mars. The Excalibur blueprint may be purchased from the market.

The only way to have obtained Excalibur Prime would have been to upgrade your account Founders status of hunter or higher. This is currently unavailable. 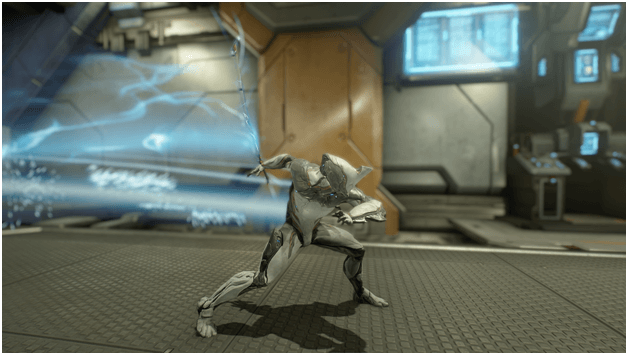 Excalibur dashes through enemies, slashing at them with his exalted blade as he passes by, dealing 100/125/200/250 damage per strike with a range of 6/8/10/12 meters per dash. Enemies hit count as melee combo hits. 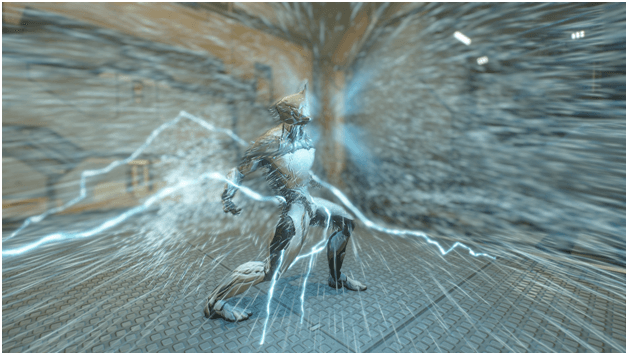 The Radiant Finish augment increases the damage dealt by finishers to enemies that have been affected by Radial Blind. 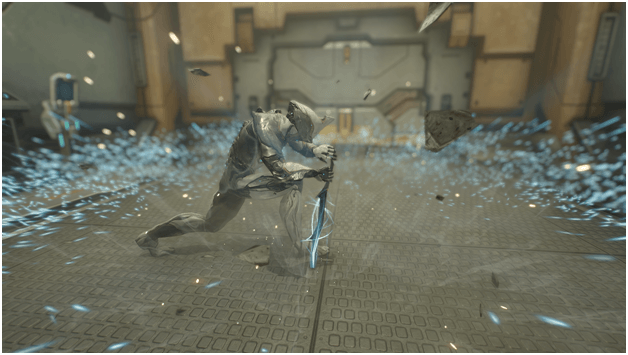 Unleashes 5/7/19/12 javelins which launch towards enemies within a 15/18/22/25-meter radius, dealing 500/600/800/1,000 damage to them as well as impaling them to walls. The Furious Javelin augment temporarily increases melee damage done by Excalibur based on how many enemies were hit by Radial Javelin. 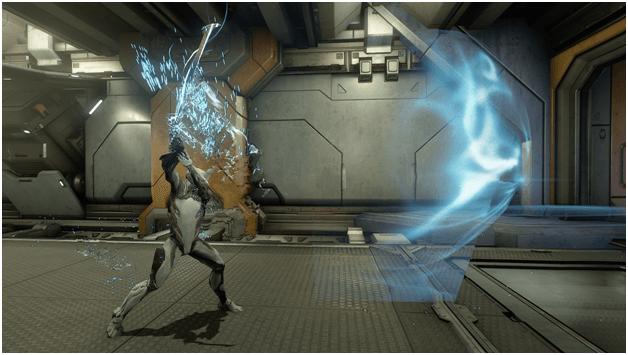 Excalibur summons his exalted weapon to deal powerful slashes which release wave projectiles forward, dealing 100/125/200/250 damage. Doing a spin attack will cause Excalibur to release a Radial Blind with the attack that blinds enemies for 6 seconds in a 5-meter radius.

Each wave projectile will fly forwards at a speed of 15 m/s and reach up to 40 meters, penetrating enemies in its path. The Exalted Blade can be modified as a separate weapon and will benefit from mods that it has been equipped with.

Using the Chromatic Blade augment will cause the Exalted Blade to gain elemental properties as well as have an increased 50% status chance.

This is a standard build for Excalibur and allows the player to make use of all of the Warframe’s skills in missions. Ability strength has been increased to allow Excalibur’s abilities to deal more damage while the rest have been increased by a bit for stability. This build can be used in almost any mission and players may modify it to better suit their needs.

The Excalibur Gladiator Build is more focused on critical hits with melee combat using Excalibur along with the use of some of his skills. Being similar to the Basic Excalibur Build, the stats with this build have been somewhat balanced to lean more towards the Gladiator Set, we have added Gladiator Finesse, Gladiator Resolve and Gladiator Aegis for their respective stats as well as the set bonus to increase critical chance.

Using a melee weapon with a build that focuses on critical attacks, you can easily make use of the set bonus when you have Blood Rush equipped in your melee weapon. This allows players to deal a lot of critical damage which normally reaches orange to red crits.

This allows you to quickly build up your combo meter to further increase your damage, making critical hits easier to score if you have a build that focuses on critical damage, mainly with Blood Rush. The increase in combo meter also affects the damage of Slash Dash, making this good for building up damage and killing weaker enemies.

Speed Drift and Natural Talent have been added to make the ability faster when casting but can still be replaced with other mods to improve other stats such as range or strength.

Using Arcane Trickery with this build will allow Excalibur to turn invisible by chance when an enemy is killed with a finisher. Arcane Ultimatum is also a great choice as it can guarantee additional armor, making Excalibur very durable after his finisher kills that are made frequent by this build.

With ability strength boosted to 244%, Radial Javelin will deal 2,440 damage and the ability to impale enemies makes it easy to jump into the fray. This can be used to take down several enemies in a radius around Excalibur whereas Excalibur can initiate a clash with enemies using the Radial Javelin ability and finish off the remaining enemies with the boosted damage.

This build goes quite well with critical melee weapon builds due to the high base damage. Using Arcanes such as Arcane Strike and Arcane Fury will make things even easier.

The Chromatic Blade Build focuses on using Exalted Blade equipped with its augments to deal large amounts of damage as well as destroy enemies with status effects. With this standard build for Exalted Blade that increased damage to 560, Chromatic Blade adds the passive element which depends on Excalibur’s emissive color.

Status effect is increased by 672% due to the 224% strength in the build. Since an additional element is added due to Chromatic Blade, any other elements caused by the mods installed in the Exalted Blade weapon will be combined, allowing Excalibur to deal several status effects easily due to the high status chance. Basically, this build is a combination of damage and status effects at long range.

Since you can modify the Exalted Blade as a separate weapon, you can easily combine mods to choose the overall status affects you would want to inflict upon your enemies.

Excalibur may be one of the earlier Warframes you can get in the game but this doesn’t mean he weak and can’t be used in the late game. His Exalted Blade alone is enough to devastate enemies that get in his way and with the mixture of abilities that can deal crowd control, Excalibur can definitely fend for himself.

While some of his abilities may be beneficial to his allies, he still remains to be a damage dealing and is quite good at it. Being able to deal crowd control with skills such as Radial Blind and Radial Javelin, Excalibur can take on a large group of enemies.

When it comes to speed and deadliness, Excalibur is definitely the choice for slicing through those pesky enemies that won’t get out of the way.