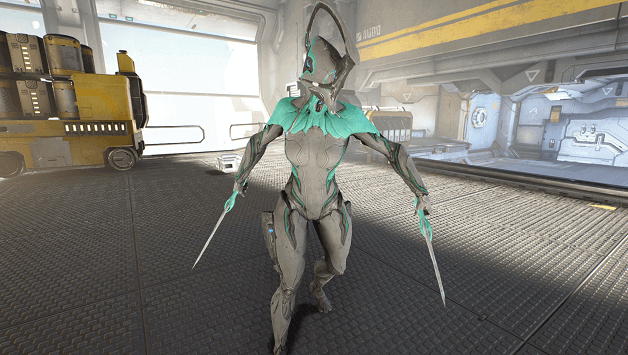 When it comes to manipulation and causing chaos, Nyx is one to be feared by her enemies, capable of turning her foes against each other and blasting them away.

Her Psychic abilities allow her to force enemies to fight for her or to cause complete chaos around her, forcing enemies to betray each other.

Not only is Nyx capable of causing a lot of damage, but she is also capable of absorbing damage, which she can also unleash back to her enemies.

How to Get Nyx?

To obtain components for Nyx, you will need to defeat Phorid on the Infested Invasion assassination missions.

You can purchase Nyx’s blueprint from the market for 25,000 Credits.

A fully built Nyx can be purchased from the market for the price of 225 Platinum, allowing you to use her right away and skip crafting.

The following are the crafting requirements for Nyx:

The following is a list of resources needed to build Nyx, their locations as well as our guides on where to farm them.

How to Defeat Phorid? 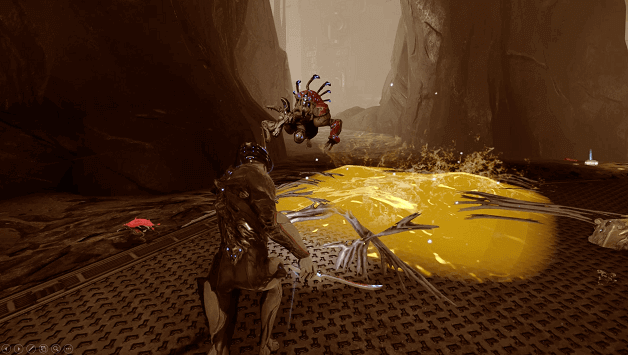 Phorid is an enemy that you face during the Infested Invasion (Phorid Manifestation), which you will need to track down and destroy.

This boss appears only during the Infested Invasion and is similar to the Charger (Infested) but is different in size and color.

Phorid appears to have similar abilities to Nyx, which is how it can seem to communicate with the Tenno as it taunts them and even uses the Psychic Bolts ability.

You can easily defeat Phorid by keeping your distance and focusing your attack on it, but there is a possibility that it will instantly kill you with its Psychic Bolts ability.

Phorid has Fossilized Armor, which makes it take additional damage from Gas, Blast, and Slash attacks but this also means it is resistant to Radiation, Gas, and Cold damage.

How to Get Nyx Prime? 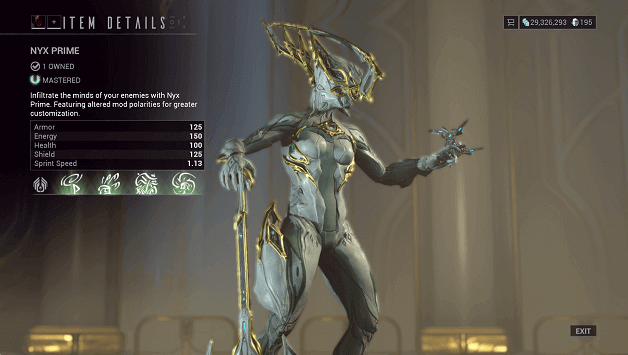 Nyx Prime can be obtained by unlocking its parts from the following Void Relics:

Nyx is a great Warframe when it comes to causing trouble and taking the attention off of yourself or your squad members.

With the Mind Control ability, Nyx can pick out a stronger enemy which can help take on the lesser ones around you.

Psychic Bolts can deal a good amount of damage and is great for reducing enemy defenses, increasing the damage they take from you and your team.

Chaos works well when Nyx is fighting several enemies to make them attack each other and Absorb is great for tanking and blasting a lot of enemies at once.