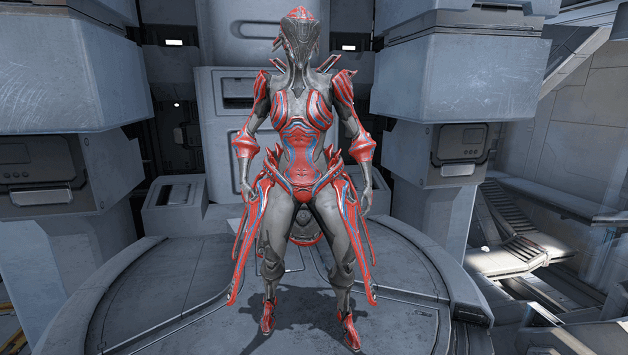 Trinity is a Warframe that focuses mostly on support, capable of restoring the health, energy, and shields of her allies.

Any team that has Trinity with them is guaranteed to last longer in combat and will have an advantage over their enemy.

This Warframe is always sought out for with teams that tend to take on powerful enemies, as she can keep a team going with her abilities.

How to Get Trinity?

Trinity’s main blueprint needs to be purchased from the market, while her component blueprints are rewards for defeating Ambulas.

The Trinity blueprint may be purchased from the orbiter for 25,000 Credits.

You can purchase a fully built Trinity for 225 Platinum, which allows you to skip farming her parts and repeating fights against Ambulas.

The following are the crafting requirements for Trinity.

The following is a list of resources needed to build Trinity, their locations as well as our guides on where to farm them. 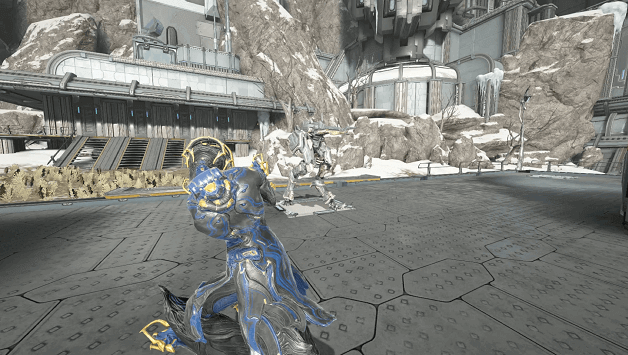 The Hades mission on Pluto pits you against Ambulas, which you will need to defeat at least 4 of as well as hack them.

You begin at a starting point and will have to head over to the waypoint where the Ambulas will be dispatched.

From the final area, you will need to defeat the Ambulas and hack them one by one, while defending them so they don’t get fixed by your enemies.

This quest can take quite some time and it is best if you are playing with a squad to speed things up, rewarding you with one random Trinity part when you complete it.

How to Get Trinity Prime? 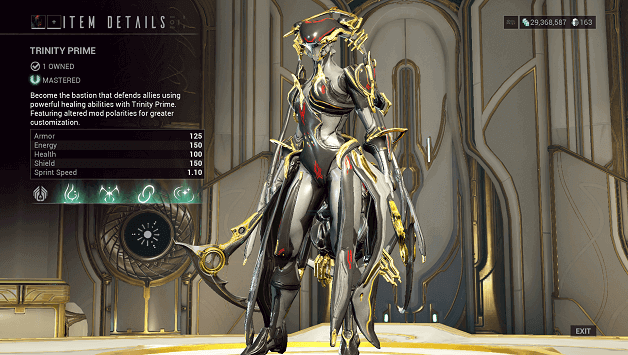 Trinity Prime can be obtained by unlocking its parts from the following Void Relics:

Trinity is great at keeping her team alive, this includes constantly resupplying them with health, energy, and shields during fights.

When using Trinity properly, players can sustain all of the team’s needs during battle, including an unlimited supply of energy.

Well of life is great for holding an enemy while restoring health, while Energy Vampire can provide seemingly infinite energy when used constantly.

Link is a great way for Trinity to channel sustained damage to other enemies while Blessing is a real lifesaver, restoring health and providing damage resistance.