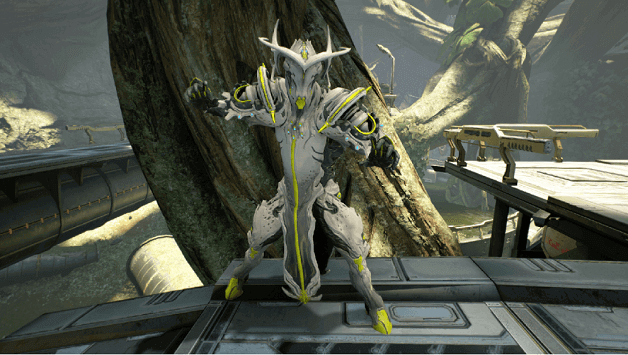 Oberon is a boon for any team, being able to provide healing and crowd control to help his allies when on missions, assuming a paladin-like role.

With his ability to heal, Oberon can keep his allies fighting longer in battle and even cause enemies to burn and turn on each other.

A Warframe that is great for both solo and team play, Oberon makes use of his abilities to turn the battle in favor of his allies.

How to Get Oberon?

Oberon’s components can be found by doing Empyrean missions (Railjack) in specific Proximas for each part, all providing a chance to drop a component on Rotation A.

The Oberon blueprint may be purchased from the orbiter for 30,000 Credits.

You may also purchase a fully built Oberon for 325 Platinum, allowing you to skip the process of farming for its parts and resources.

The following are the crafting requirements for Oberon.

The following is a list of resources needed to build Oberon, their locations as well as our guides on where to farm them. 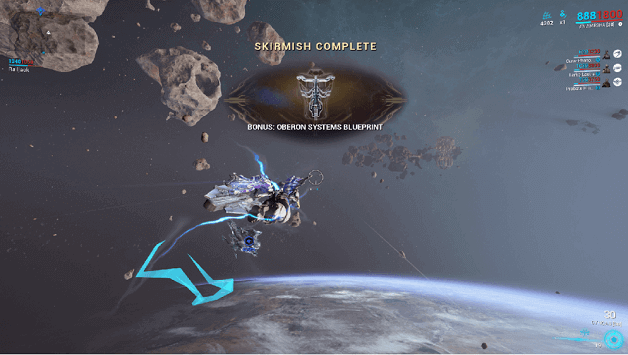 You will need to obtain all 3 components before you can build Oberon using his blueprints, which can be purchased from the market.

There are 3 different Proximas that you need to go to to get each of Oberon’s Components, which include:

For the Oberon Systems and Chassis, any mission will do but for the Neuroptics, you will need to do a Veil Proxima Grineer Controlled mission.

How to Get Oberon Prime? 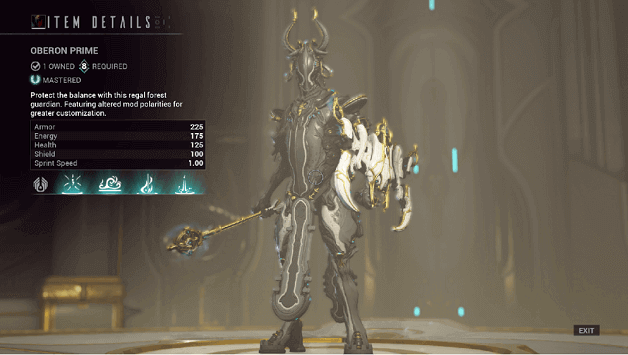 Oberon Prime can be obtained by unlocking its parts from the following Void Relics:

Oberon focuses on healing allies as well as applying crowd control and dealing radiation damage to enemies, which can even confuse them.

Enemies usually damaged by Oberon’s radiation damage may start attacking one another, making it easier for your squad to take them out.

Smite is great for damaging both single targets and a group, with a good chance to proc the radiation status effect on them.

Reckoning is great for stopping a group of enemies and weakening them, which can also heal allies when some of them are killed.