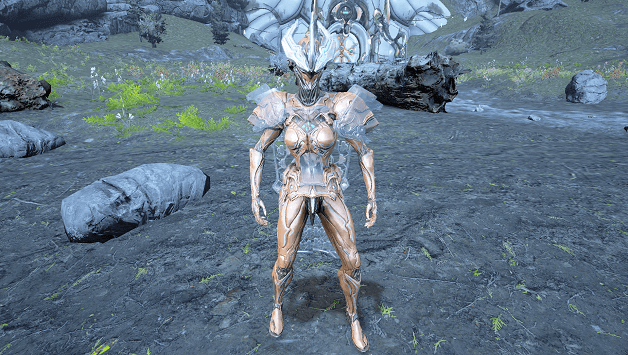 Gara is an ancient warrior who manipulates the power of glass to destroy all of her enemies, shattering them to bits.

She is adept in both disabling enemies as well as damaging large groups, being able to be an offensive and defensive Warframe.

This Warframe is known well for her ability to clear out a large area full of enemies after entrapping others, proving her ability to apply crowd control and burst damage.

How to Get Gara?

Gara can be obtained once you have completed the Vor’s Prize quest and will be accessible in you’re Codex aboard your orbiter.

You will be able to farm Gara’s component blueprints from bounties in the Plains of Eidolon, which can be checked in advance by looking at the bounty rewards.

You can purchase Gara fully built instead of farming for her parts and resources at the cost of 225 Platinum.

The following are the crafting requirements for Gara.

The following is a list of resources needed to build Gara, their locations as well as our guides on where to farm them. 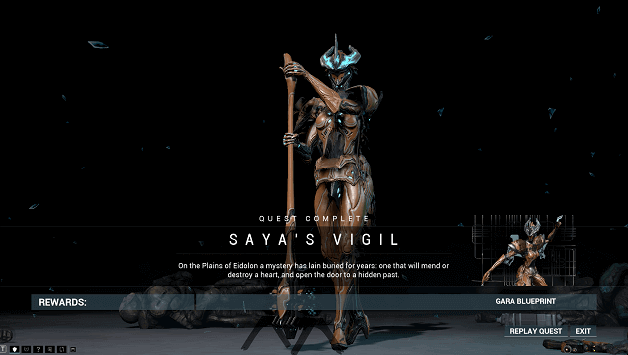 The Saya’s Vigil quest is required to get Gara’s main blueprint and involves the search for the truth behind an Eidolon researcher and the Ostron.

During the quest, you will be searching for an Ostron named Onkko, and will later need to follow the objectives which lead you to search for the Shatter-Lock pieces.

Later on, it is found out that Vay Hek has also been digging in the plains, and you will need to board his Galleon to obtain a shard that has been found.

How to Get Gara Prime? 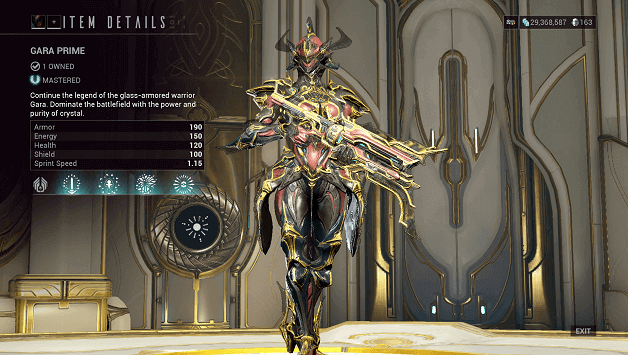 Gara Prime can be obtained by unlocking its parts from the following Void Relics:

Gara is one of the most sought out Warframes when it comes to clearing out large enemies or doing defense missions due to her crowd control and area of effect damage.

She is capable of crystallizing enemies in place and shattering them to damage those surrounding, dealing an intense amount of damage based on enemies in the area.

Her Splinter Storm ability causes enemies’ weapons to malfunction and also deals damage to enemies while fortifying her allies.

Most of Gara’s abilities will either stop enemies in their tracks or shatter them completely, making her a great Warframe when it comes to fighting several foes.