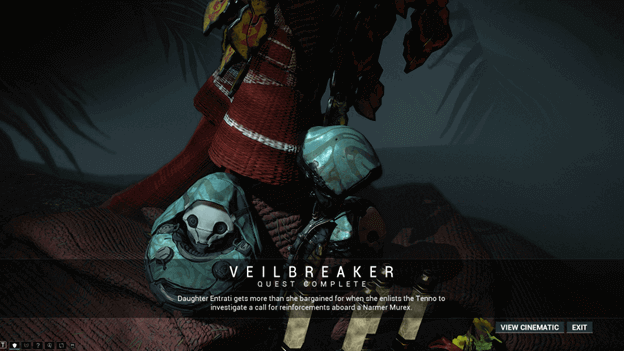 The Veilbreaker Quest was introduced on September 7 2022 as update 32, which also came with the release of the 50th Warframe, Styanax.

During this quest, Kahl returns and once again you put yourself in his boots to fight through the Sentients and save your brothers along the way.

Khal and his iconic armaments return once again during this quest to give you the Grineer experience once more as they did in The New War.

How To Get the Veilbreaker Quest?

The Veilbreaker Quest became available on September 7 2022 and is available to players who have completed The New War. You may access the Veilbreaker quest by heading to the Codex onboard the Orbiter to start it. 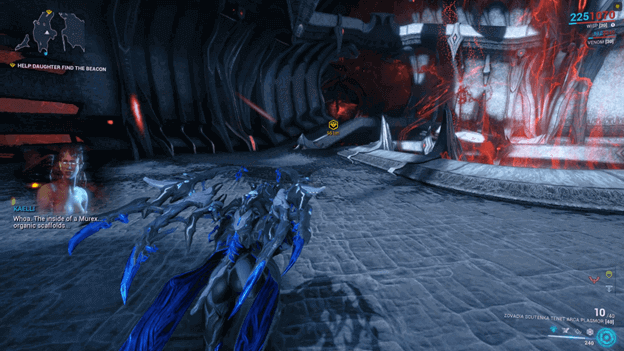 Once the mission starts, you will be using your Warframe and will need to follow the waypoint that leads you to the beacon.

Continue following the waypoint as you fight through Sentient enemies until you reach the marked location.

There will be a Sentient system that needs to be destroyed and this requires you to shoot all of the Energy Nodes in the area.

You will need to shoot them one by one until all 9 Energy Nodes are destroyed and as you do this, a timer will be running.

Once the timer runs out, you will have to start over again by destroying the Energy Nodes.

After you complete this objective, you will switch over to Khal, who you will be using for the rest of the mission. 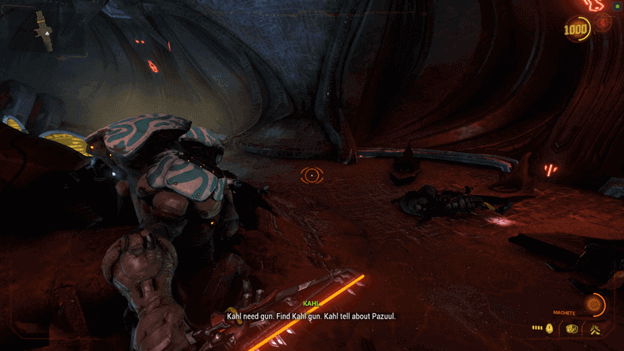 Take note that from this point on, objectives will be written as Kahl sees or mentions.

Kahl will bargain with Kaelli saying he will give her the information she needs if she helps him find his brothers.

Kaelli agrees and will point you to the location of one of your brothers which you must head over to.

Interact with the trapped brother and wait for the Field Dissipation progress to reach halfway and you will then need to move to the next marked area.

Once the Field Dissipation process is complete, head over to your trapped brother and free him by interacting with him.

With your newly freed brother, you will need to make your way to a blocked path and order him to blow it up using Command Mode.

Keep making your way past the newly opened path and follow the waypoint until you reach more brothers that you need to free.

The path ahead of you is too big to cross; you will need to approach a dead Grineer and take its Hellion Pack (jetpack) from its body.

Test out the Hellion Pack by jumping and holding the jump button as you are in the air to activate the jetpack and afterward, you will need to free more of your brothers.

There will be two brothers in the area, and you will need to stand in the marked areas to start the Field Dissipation.

During the Field Dissipation, another spot will appear, and you will need to enter command mode to instruct your previously rescued brother to stay in one of the spots.

Once both of you are in the marked locations, the Field Dissipation will continue and afterward, you can release the captured brother.

You will need to repeat this process with another trapped Corpus which the call decides to free, mentioning that he knows what the Veil is like and nobody deserves it.

Now that you have freed your brothers, you will need to head to the dropship that Kaelli has marked with a waypoint.

Continue making your way with your brothers and fight through the Sentients until you reach the marked location.

As you and your brothers head further towards the dropship, there will be a Tether Node holding it in place which needs to be destroyed.

You will need to destroy the Tether Node by commanding one of your brothers to bomb the Node Things that are protecting it.

There will be 3 Node Things that you need to destroy before you can start shooting at the Tether Node, destroying it in the process. 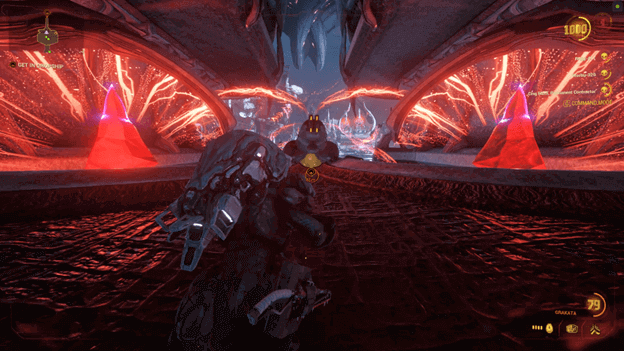 After destroying the Tether Node, continue making your way to the dropship which Kaelli will be piloting remotely.

You will need to interact with the Grattler which will cause Kahl to use it as they escape in the dropship, requiring you to shoot the Sentient ships following you.

As the dropship is escaping to go to the next holding facility, it gets shot down and you will need to continue from there.

Move to the Grattler (Big Gun) and pick it up so you can use it as your weapon as you continue making your way to the holding facility.

The next area will have two more brothers being held captive and you will once again need to free them by first interacting with them and dissipating the fields.

After freeing your brothers, make your way to the extraction point, which is where the Tenno will be waiting to help Kahl escape.

Completing the Veilbreaker Quest will unlock Kahl’s Garrison which will allow you to interact and visit the location.

Kahl’s Garrison is a new area that the Tenno has helped Kahl set up, which introduces a new Syndicate that also lets you do missions to liberate Kahl’s brothers. 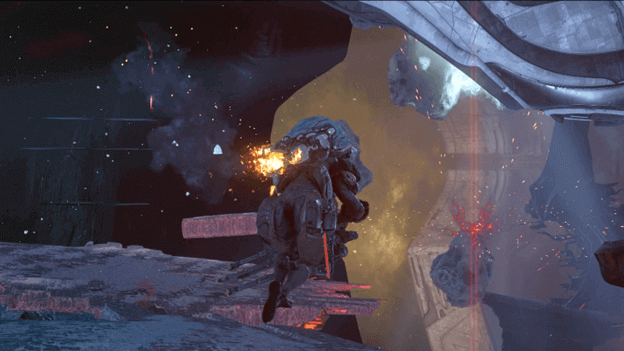 With the help of Kaelli and the Tenno, Kahl was able to escape after freeing his brothers from the Narmer Holding Facility.

Kahl has set up a base at the Drifter’s Camp with the help of the Tenno which has now unlocked a new Syndicate, allowing you later to get rewards for new missions.

Although Kahl and his brothers are free, they still plan on fighting back against the Narmer by hunting them down as they free more of his brothers.