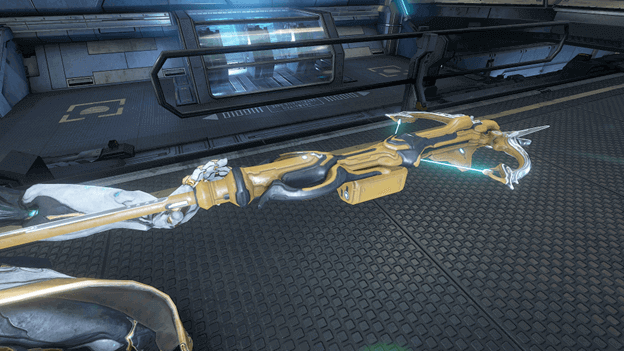 The Afentis is the signature weapon of Styanax and was released during the Veilbreaker update with him being a part of the Warrior Pack bundle.

It was later available as a purchasable blueprint that can be obtained from Kahl’s Garrison that is bought with Stock, the currency at the garrison.

This weapon’s low magazine size and slow fire rate are made up for its ability to deal explosive damage in a moderate-sized area. 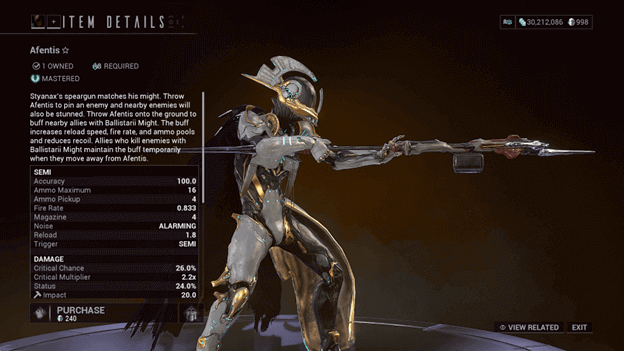 The Afentis can be obtained by first purchasing its blueprint from Cripper at Kahl’s Garrison and crafting it afterward in the foundry.

While ammo stocks for this weapon are low, it isn’t hard to find spare ammo lying around once you have used it to blow up tons of enemies.

One of its best features is its ability to grant buffs to players when thrown to the ground, which is its alternate attack, providing the Ballistarii Might buff.

This weapon is perfect when used with Warframes that can pull enemies close together, allowing you to easily finish them off with a single shot.