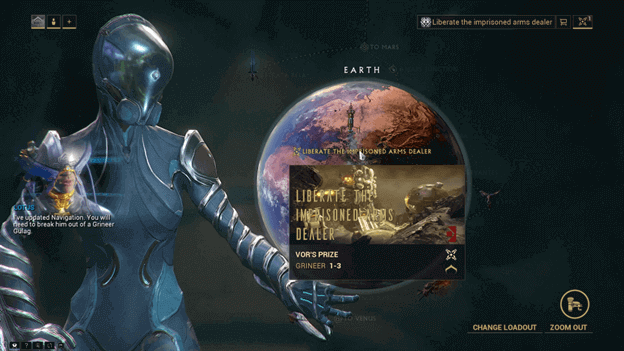 After previously restoring the Ship Comms, you are now able to communicate with others throughout the system, which can help you find a way to remove the Ascaris.

Lotus has found an arms dealer, who may know how to remove the device before it completely takes over your Warframe.

To get the arms dealer’s help, you will first need to rescue him as he has been captured and imprisoned in a Grineer Gulag.

How To Get Liberate the Imprisoned Arms Dealer Mission?

After completing the Restore Ship Comms mission during the Vor’s Prize quest, the Liberate the Imprisoned Arms Dealer mission will begin. 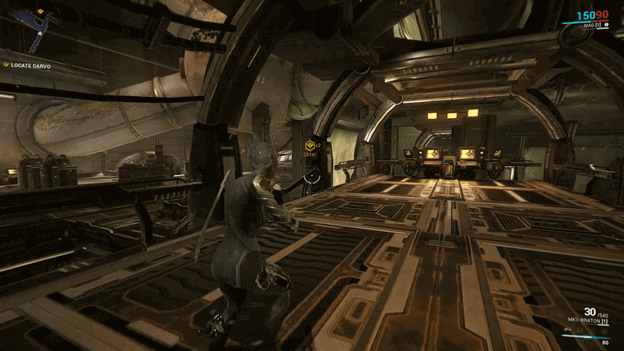 The mission begins with you arriving on the Grineer Gulag and from here, you will need to head to the location where the Arms Dealer, who is later known as Darvo is being kept.

Head to the waypoint that is marking the prison location and fight your way through any enemies that are in your way.

Once you are near the holding area, there will be different ways for you to reach the inside, which is easier if you stick to the right as there is a path available. 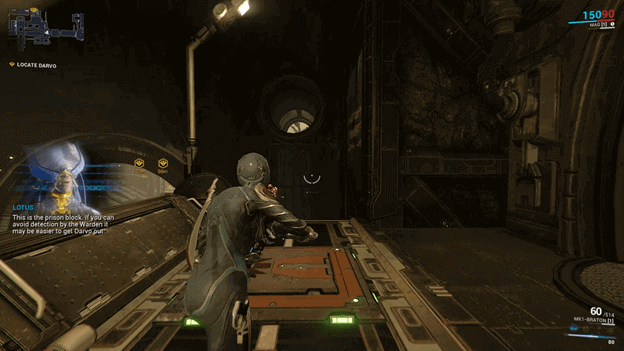 Make your way towards the waypoint and you will find yourself in the holding area but be careful as you may trigger an alarm if you are caught.

If the alarm is triggered, you will have only a limited amount of time to find Darvo or he will be executed in his cell.

Taking the path to avoid enemies will give you plenty of time to check each of the cells and enough time to hack the doors that open them. 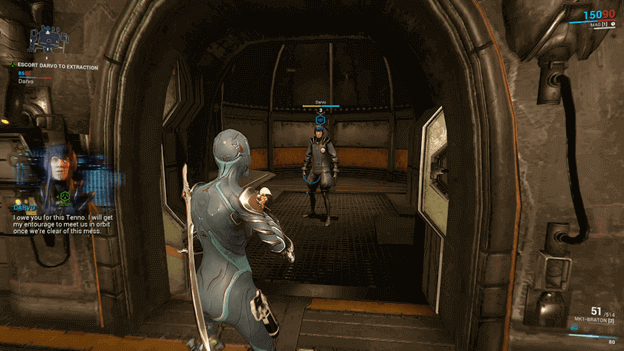 Once you reach the holding cells, there will be 2 doors that are locked with a console next to them which you will need to hack.

Darvo will most likely be in the cell to the right and you will need to interact with the console to open it via hacking.

After the door has been opened and Darvo is free, you may proceed to make your way toward the extraction point.

Darvo may be attacked by enemies and if he is downed, you will need to revive him before the timer runs out.

Upon completion of the Liberate the Imprisoned Arms Dealer mission, you will have obtained the Mods Segment, which can be installed in your Orbiter.

Darvo will also provide you with the Ascaris Negator blueprint which can be crafted later on to remove the Ascaris from your Warframe.

The following items may also be obtained as rewards from this mission: 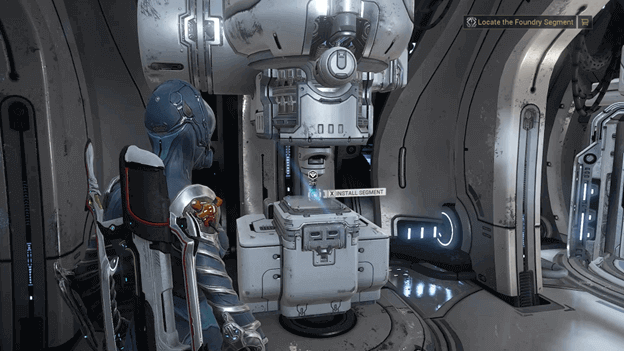 Darvo will be thankful for your help and will have recognized the device that Vor had attached to you, allowing him to devise a way to get rid of it.

He will contact you to thank you as well as provide you with a blueprint to craft an Ascaris Negator, which can remove the Ascaris.

With the blueprint in hand, you will not be able to craft it without a functioning Foundry, which sets you off later to find a Foundry Segment for your Orbiter.