If you are new to Urtuk: The Desolation this guide will give you a lot of useful information about different human classes you will hire in your team.

I will try to provide some hints and tips on how to use different classes and some combos you can pull with certain party compositions and mutators.

In this guide I will cover only standard human classes available to you at the start.

As you travel through the world you will be able to get many other classes from different factions.

In this guide I will describe human basic classes that you can recruit on the first map.
Mutators are very important for your builds – for each class I will list useful ones. Save your life essence for them!

In general you may think about classes in terms of general categories.

They are the anvil of your army. They have armor and can sustain a lot of punishment. On the flip side they won’t be able to inflict a lot of damage.
Spearman, Guardian and Footman are in this category.

Those guys are the killers. They deal a lot of damage, but will die fast if left unprotected.
Assassin, Berserker, Bloodknoght, Hunter and Javelinier are great examples of damage dealers.

These are the special ones.
Warmonk is a great disabler while Priest can provide lifeleech and healing to allies and grant them one-shot invulnerability with Aegis.

In Urtuk every class is unique with its own role and playstyle. Let’s dive deep and see what are they capable of.

Considered to be the best class on the first map. A lot of damage, inflicts bleeding, lays out traps.
Can escape to safety after backstabbing.

4 move points and retreat after a backstab makes him an excellent flanker.

Assassins mark works very well in the choke points. Here is an example of poor Beast stepped into one… 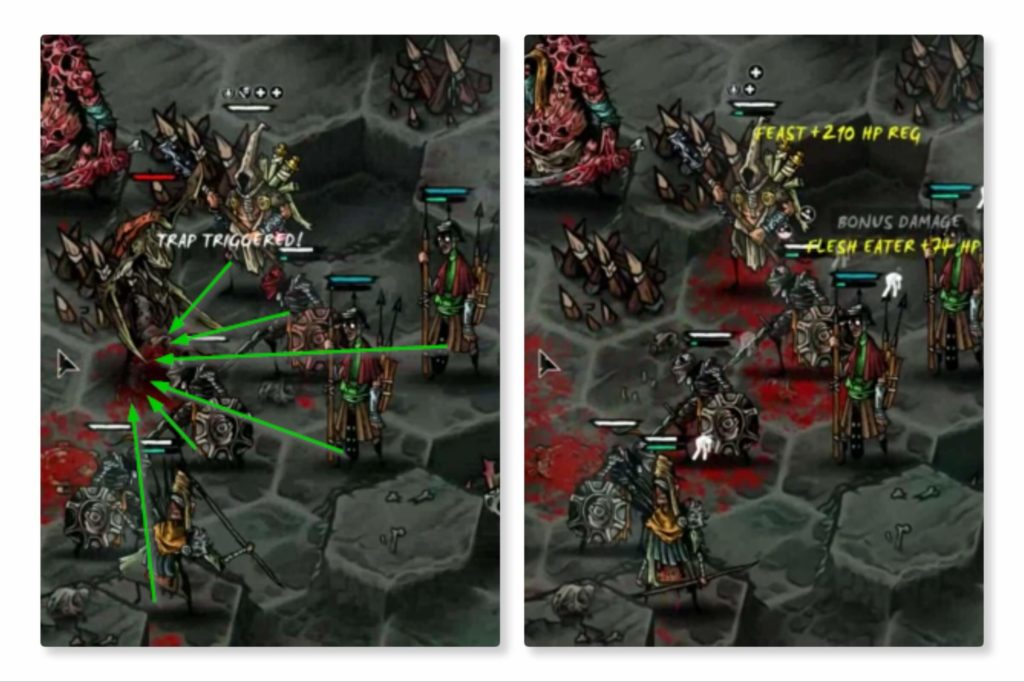 When reaching level 7 Assassin will get the Murdering sense and at level 12 Spike Trap. 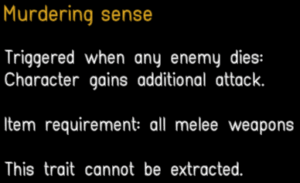 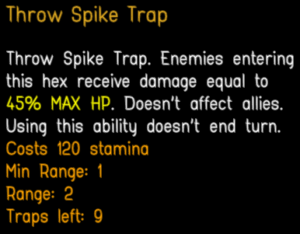 You will be inflicting a lot of criticals (otherwise you are playing it wrong) and damage over time is your main power (sword damage is mediocre). 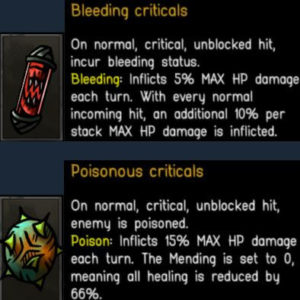 No armor, dies fast. He needs a lot of

Main role of this Viking is to deal with armored targets

You can put items to override your focus ability.

Without armor he needs a way to replenish life quickly 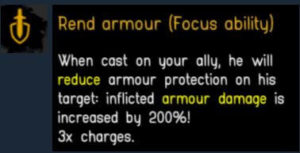 When you reach level 10 you will get Mansplitter and will start hurting your enemies for real. 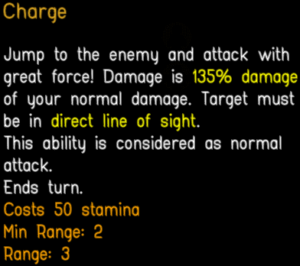 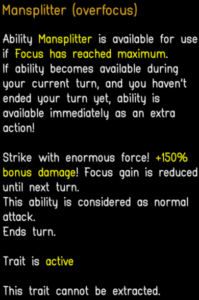 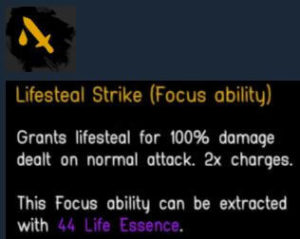 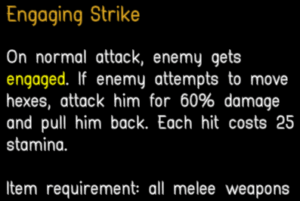 This is not as good as Taunt of the Spearman. It won’t prevent your target from attacking your adjacent allies but it may deny a retreat for the enemy crossbowman. 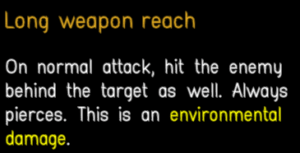 Not very useful trait as your damage is quite poor.

Just like Spearman you can protect your less armored friends from enemy missiles. Quite useful when you deal with swampmen. 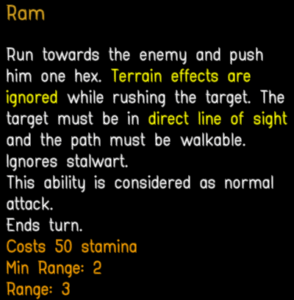 This is your answer to those Stalwart enemies staying next to the death pit. Positioning is a key here and you need space to initiate a Ram. 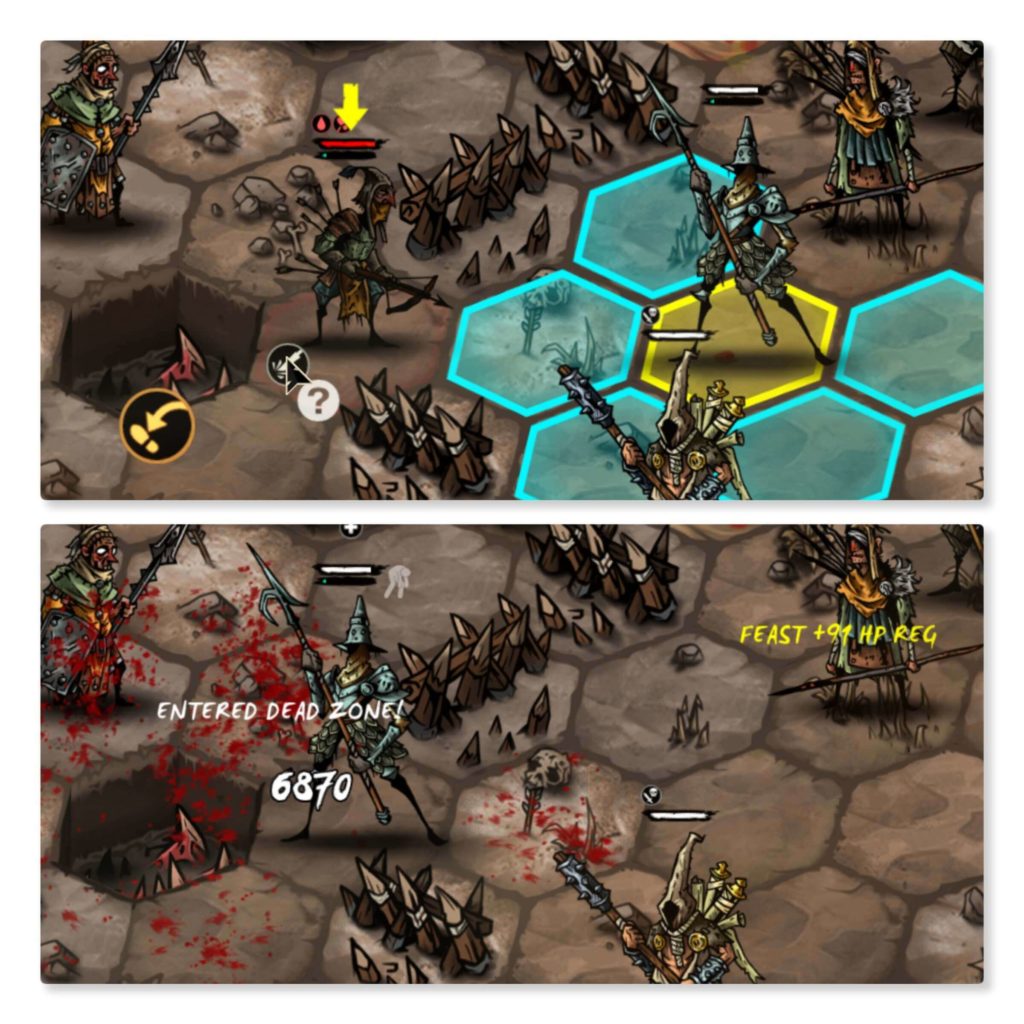 This is a great mutator for all armored units and it works even better with Footman as you can strike 2 targets with Long weapon reach.

Guardian has 2 main roles – push enemies to the death pits and shield your allies.

You can aslo bash enemies into walls to apply stun on them, but it is very situational.

Shielding allows you to completely negate enemy normal attack – as long as you have stamina and your ally is NOT between you and the enemy. 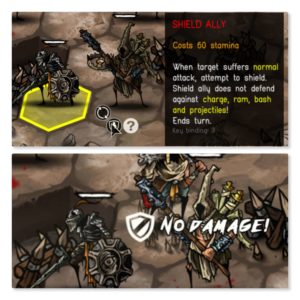 Low damage. Bash won’t work against enemies with Stalwart! Make sure you check it before making a move. 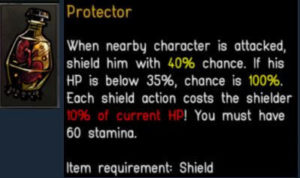 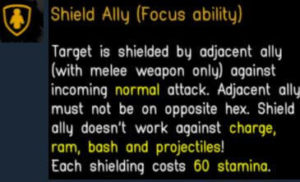 With range 4 instead of 3 for Javelinier this ranged attack is not guaranteed to hit if there are obstacles or other characters along the way. 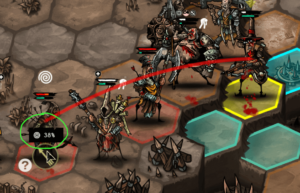 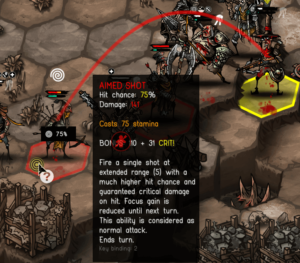 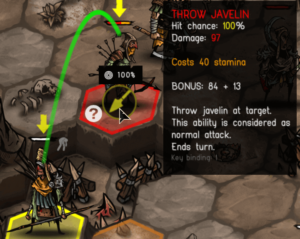 Ability to raise \ lower a terrain.

You can create “towers” for your ranged units in the middle of the plain field.

You can create “ladders” to make some settlement battles easier.

You should always build a hill for yourself as ranged damage is severely affected by the height difference between you and the target.

Dies in melee very quickly. Make sure you protect him with your other units.

Ranged support is a must. It is like you are doubling damage output for the rest of your team.

Unlike Hunter you won’t have line-of-sight problem and will be able to provide ranged support as long as you have stamina.

Lethal blow is my favorite combo when used with Stunning blow.

Priest is a true support class. Weak damage, no armor – he is very vulnerable. 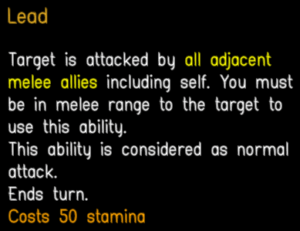 Some of his skills cost health to pay instead of stamina.

Instead of direct healing he got Lifesteal. But the most important and valuable skill is Aegis 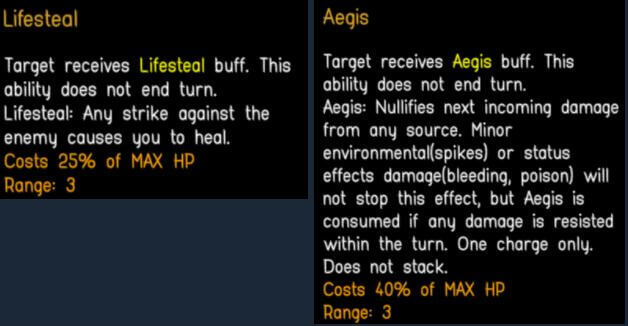 To offset all that HP loss Priest has Feast

Surprise! it is Aegis as well. 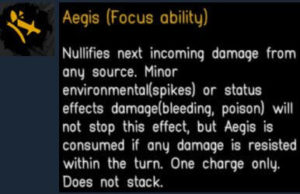 This is a best defender in the game. His Spearwall ability will allow you to hold chokepoints on the map almost infinitely while your ranged units pepper the enemy with arrows and javelins. 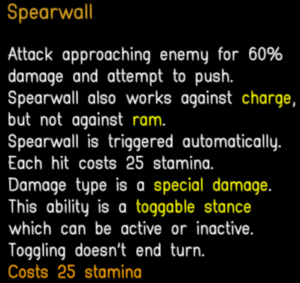 is very important for Spearman, so make sure you keep it above 75 – to have at least 3 attempts available for your Spearwall. Most enemies will have only 3 movement points so you will be safe just standing still at the chokepoint you are blocking.

Another important skill Spearman has is Taunt. It is very helpful to divert enemy attention from your more vulnerable teammates that stepped into trouble. Taunted enemy will attack only Spearman and he is able to sustain a lot of punishment with his Plate Armor. 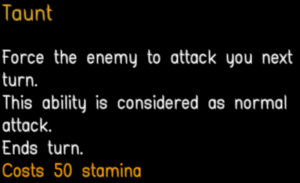 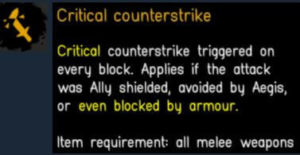 This is a default pick for all your armored units.

I didn’t find that focus ability useful – feel free to change it with mutators.

One of the Warmonks biggest strengths is his mobility. 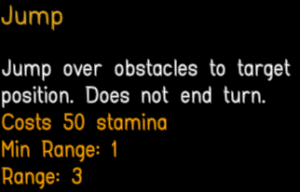 He can jump 3 hexes away ignoring height difference. Having Warmonk in your party can really help in maps with uneven terrain and during settlement battles.

Second most important ability is Flip.

It allows you to put an enemy in the opposite hex from you. It is OK to have a death pit behind you: 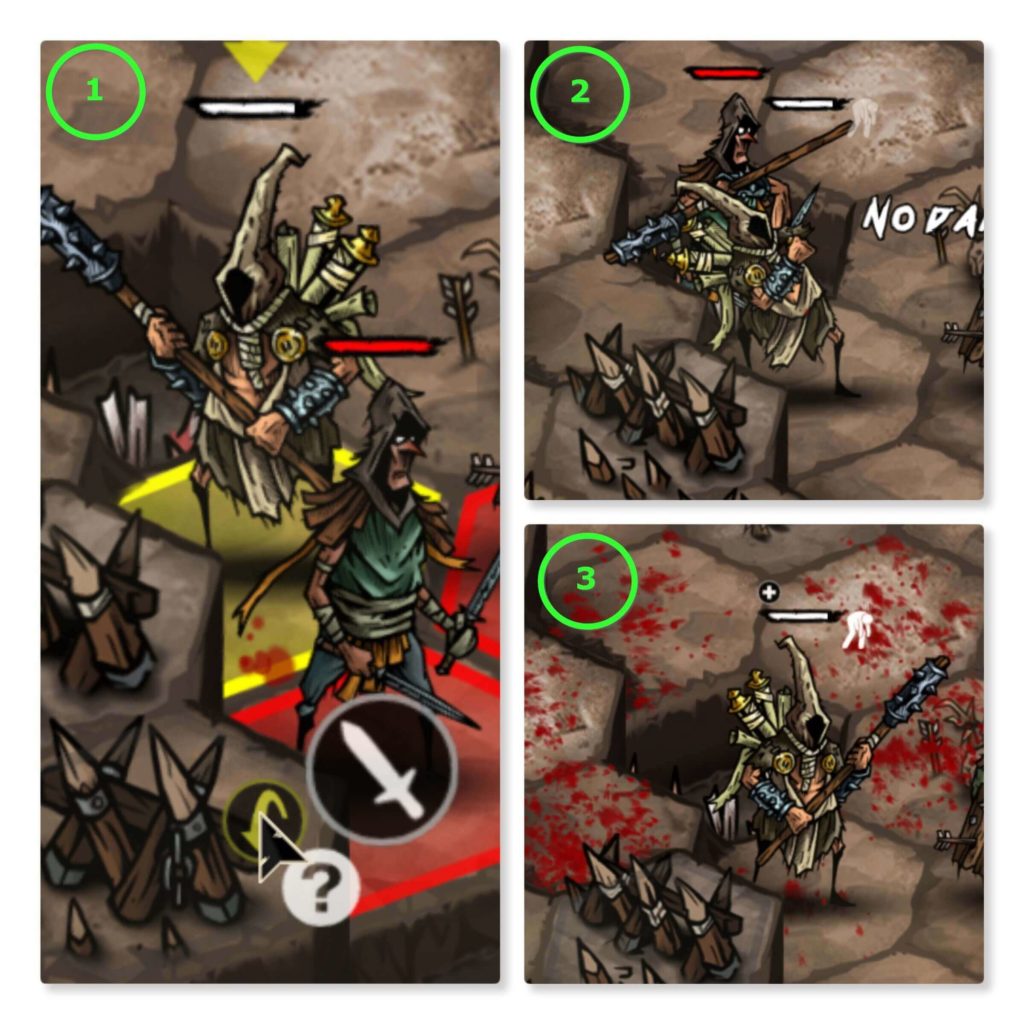 As you level up you will get this ability. Aegis is one-time ward from a single attack that will trigger your counterattack.

While Flip and Jump are very situational, the Maul allows Warmonk to use Stunning Blow.

This is super-useful as you can jump behind enemy back (to put the enemy between you and your other teammate) and score a guaranteed crit that will stun an enemy.

No armor. Requires careful positioning. If you are jumping behind an enemy to score a crit, other enemies might surround and crit you in return.
Flipping is a safer option, but requires more time to execute

If you crit-stun an enemy and you have a Hunter or Javelinier nearby with Ranged Support and Lethal Blow you might well score an insta-kill. Your attack will trigger ranged attack that will crit with x3 multiplier.

Apart from this guide, if you want us to cover any other guide related to the game “Urtuk: The Desolation” do lets us know in the comment section. Thanks for reading. Happy Gaming!