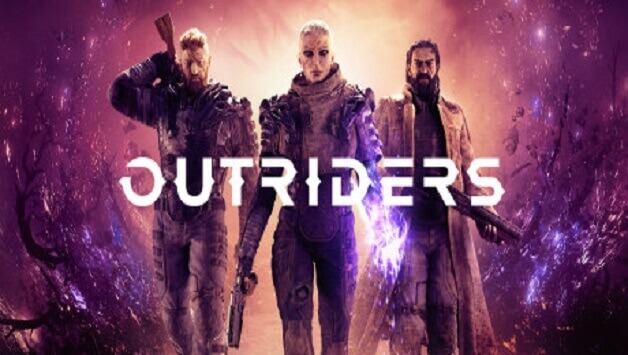 This is mainly to get you geared up for your first boss fight, but you can double back later on if you’re severely under geared.

This is a risk-free, but tedious farm.
You’ll mainly get greens and blues out of it and it’s meant to get you geared up for your first boss fight, since you’ll probably still be equipped in whites at that point.

You might get back to it later on if you find yourself under geared.

There are some difficulty spikes in the early levels if you keep leveling up world tier.
You might get only blues out of this, but a purple four or five levels under is always worse than a level -appropriate blue, since you can swap mods for very little cost.

First of all, remember to set world tier as high as possible. We are not fighting anything so no risk there.
You need to at least have opened the door of the solar tower in the first map. (While you’re there, might as well plant your banner inside
You cannot really miss it. It’s the giant lighthouse up on a hill.For reference, here: 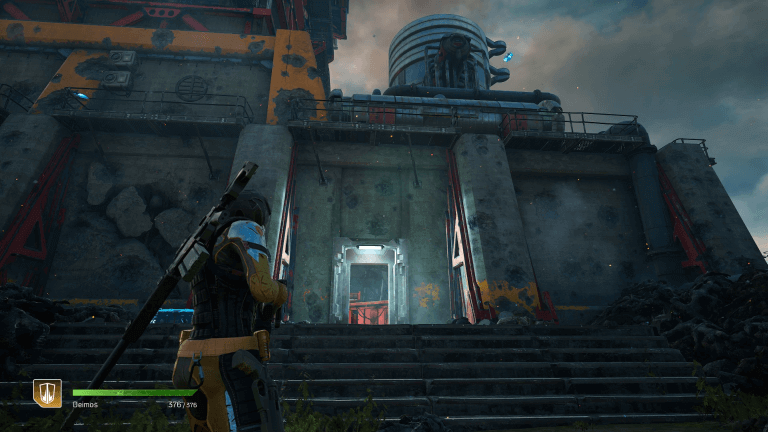 There are several chests (and metal nodes) on your way to the top, and it’s quite easy to make them respawn.

You just need to exit to the lobby, and choose the “Confront the Altered at the tower” story point, then enter the game again. 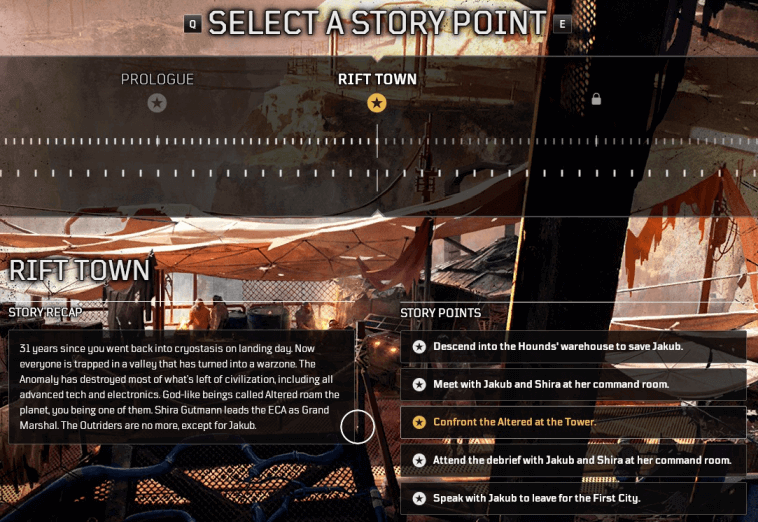 All those chests and nodes will have respawned, and you’ll be teleported in front of the door to the tower with no enemies around.

Get the three chests nearby, make sure the game has saved (it saves every time you pick up stuff, but make sure you see the icon in the corner)

exit to lobby, click again on the same story point
…
Rinse and repeat and you’ll get some passable gear in no time.

If you have trouble finding the chests, here are some pictures to help you out.

1st chest is inside the building. Walk in and at the bent pipe take a right. The chest will be in an alcove on your right 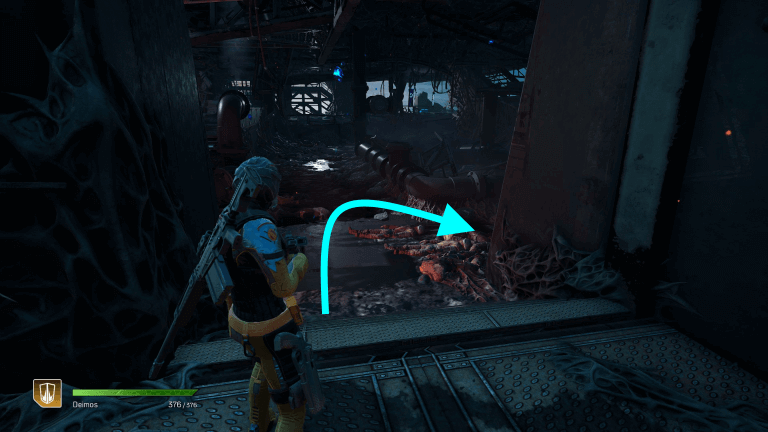 2nd chest is outside the building, on an outcrop on your right. 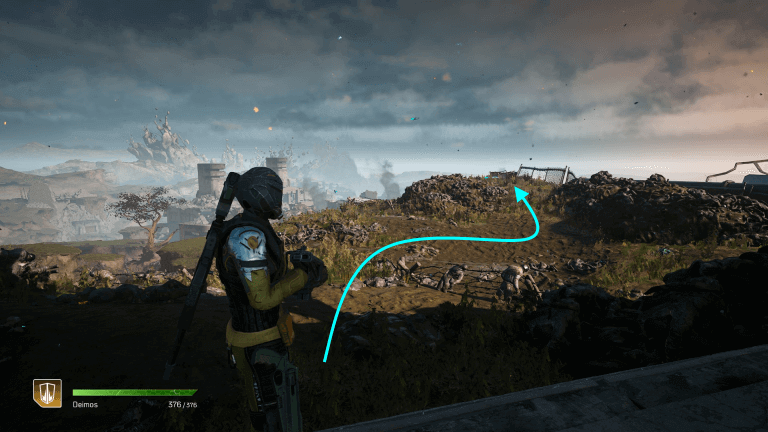 Now go down the path, there are two iron nodes in nooks left and right off the path 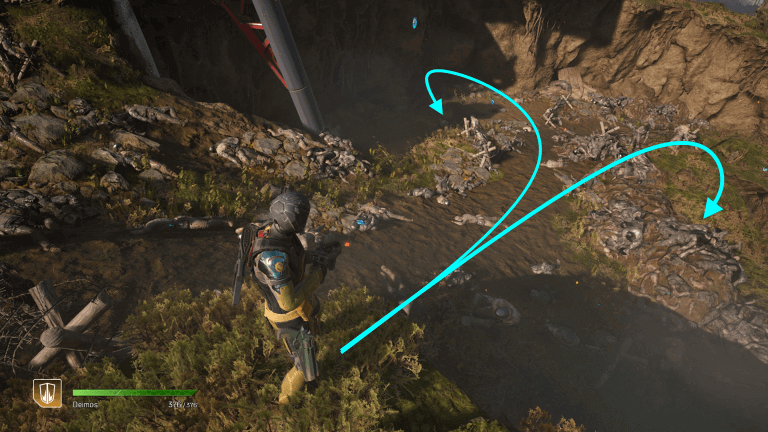 The node on your left sometimes is bugged, and your character just shuffles back and forth instead of digging. Just take a step back or alternatively roll towards the node, it should fix positioning.

3rd chest, after you got the two nodes go down a bit more, and take a right.

Chest is at the end of the cul-de-sac, iron node at the start on your left. 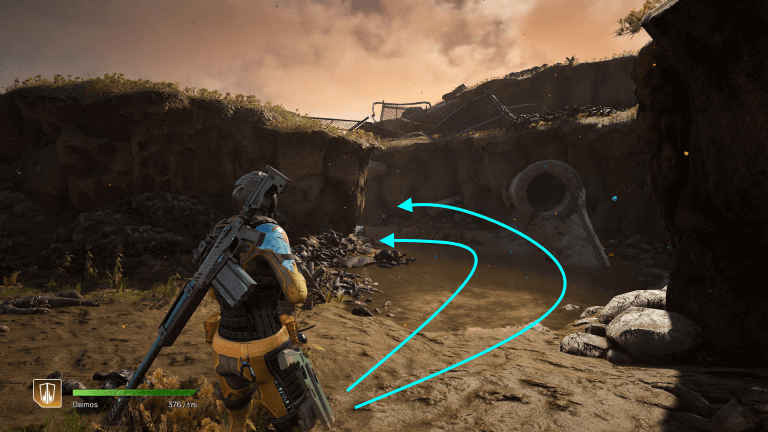 Return to lobby, click again on the same story point, return to game and you’ll be teleported in front of the tower again, with renewed chests and iron nodes.

If your loading times are not very good, you can slog it a bit on foot to catch 2 more nodes and either 1 or 2 more chests.
It will take you about 1 minute, so if your loading times are better you can avoid this part.
… or … well, maybe you need a ton of iron?After you get the stuff in the previous section, go on downhill retracing your steps.

Near the middle flag, there’s an iron node 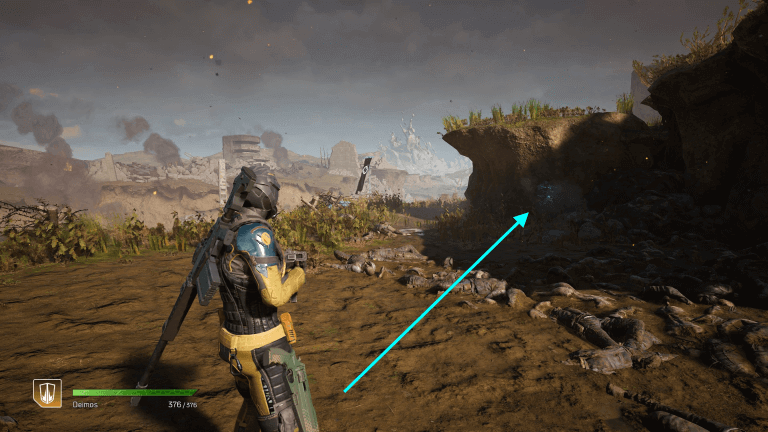 Continue to go downhill, and when the map opens up turn left. There’s another iron node on your left at the end of the path. 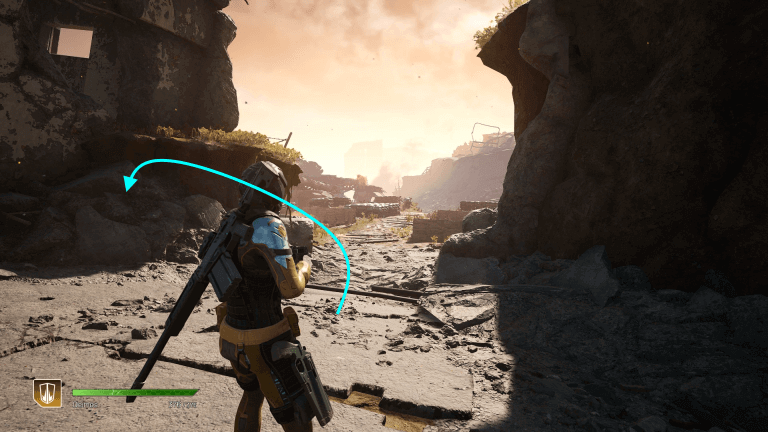 At last there’s a chest inside the ruins, near the ammo dump. 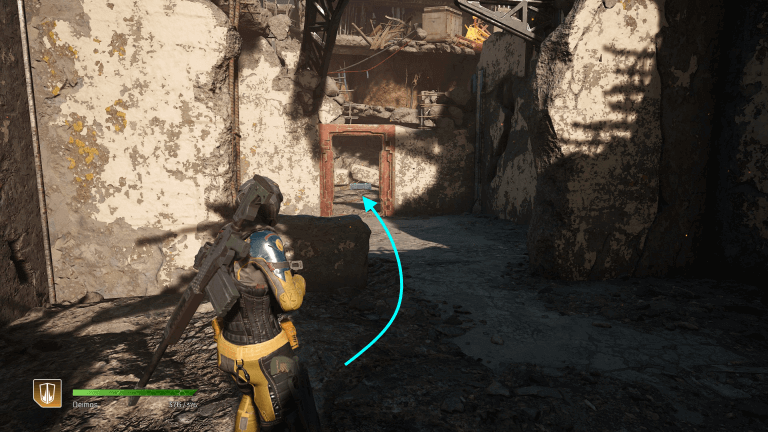 Now, the door leading to the “crossroads” area (the place with the wounded soldier) might be open or not. As far as I can understand if you want the last chest as part of your farming run, you must first enter the place the right way and kill the troops that respawn.

Once killed they should stay dead until you move to another place on the world map.

Last chest is just out of the locked door. 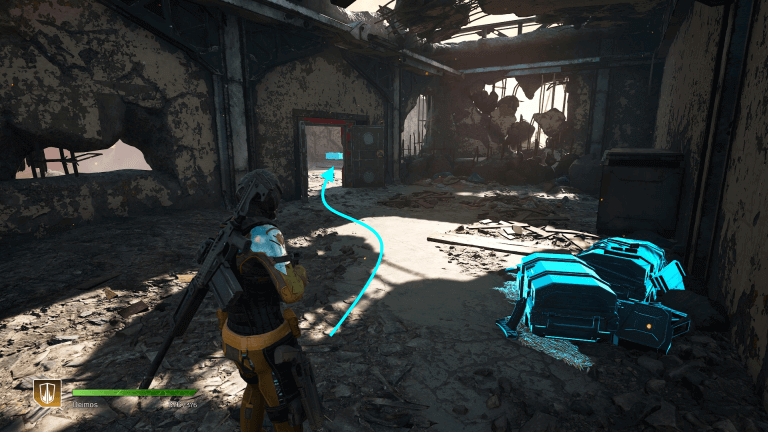 If you’re really strapped for iron you can backtrack all the way to the crossroads and mine the 3 nodes there too. It only adds about 15 seconds or so.

Do let us know if you want us to cover any other guide related to the game “Outriders”. You can reach using our contact us page or comment below the post to reach us.

We’ve also covered the games in different genres in this website do check out those as well.