This guide will show you every pattern you need to unlock every artifact introduced in the 2020 Artifacts 2.0 update.

Artifacts are in game items that will modify the way you play Risk of Rain 2. While in the first Risk of Rain you would find these them hidden all over the various maps, in Risk of Rain 2 you will have to go to a certain place to type in various patterns to get different artifacts. There are 16 artifacts in the game currently so getting them all is no easy feat. Before going for a certain artifact keep in mind that after you pick it up it will immediately modify your game. So be wary attempting to get an artifact on your god run, because some of the artifacts will make the game significantly more difficult.

Where to find the Teleporter

Go to the map Sky Meadow, It can appear as a 5th level stage, it will look something like this. 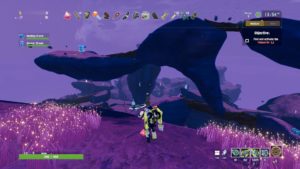 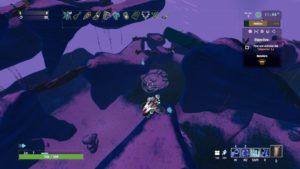 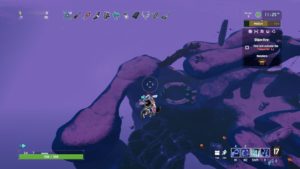 Once you drop through the Hatch you will see a very large inactive teleporter and a panel with 9 different places to edit. There are a total of 4 different symbols, Triangle, Square, Circle, and Diamond. 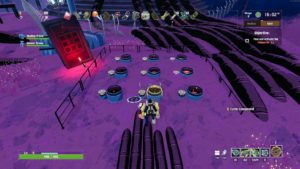 You will go over to the panels and type in your desired pattern, after you finish this, you will see a portal open up up in between the teleporter, Go to this portal and activate it to enter Hidden Realm: Bulwarks Ambry 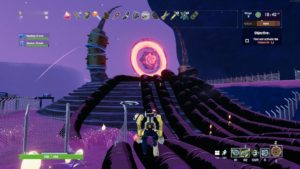 After Going through the Teleporter you will find that there are no enemies around, they will not appear till you start a the boss battle by putting in the first Artifact key, These treasure keys can be found appearing around the map at random, or can be find by killing monsters after the Boss Battle has started.

Example of an Artifact Key: 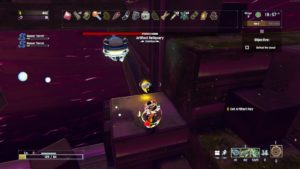 After you Obtain 1-4 Artifact keys you will need to go up to the Boss and enter in the first key, after you do this the boss will knock across the map.
(note that regardless of how many keys you collect beforehand, the boss will only let you enter the keys in as they drop so collecting all of them before starting is essentially pointless) 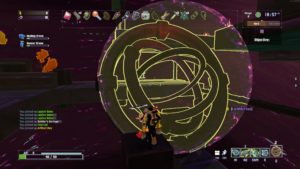 You will notice after you enter the first key in the bosses health will drop by a quarter and enemies will begin to attack, these enemies will not stop until you kill the boss. You will have to wait some time before you enter in the next key, but try to these as fast as you can to maximize your chances of success.

Once you have entered all four of your keys the enemies will disappear, you will then walk up to the middle of the stage and claim your artifact. Congratulations, now you have to do this 15 more times! 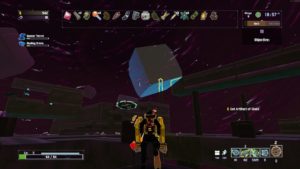 Friendly fire is enabled for both survivors and monsters alike.

When one player dies, everyone dies. Enable only if you want to truly put your teamwork and individual skill to the ultimate test.

Monsters can appear outside their usual environments.

Spawn with a random equipment that changes every time it’s activated.

Fall damage is doubled and lethal.

Enemies can only spawn as elites.

Monsters will be of only one type per stage.

Monsters drop items on death, but Chests no longer spawn.

Monster spawns are doubled, but monster maximum health is halved.

Your relentless doppelganger will invade every 10 minutes.

Using this section to include things that couldn’t find a place for in the guide that I just couldn’t leave out.

Strongly suggest you bring loader because in the Hidden Realm there are many Holes and Places to fall through, these will quickly ruin any chances of you getting the artifact you want, but if you bring loader you will not take fall damage. This is a big help, also Acrid will work to an extent because if you are falling to your death his utility ability can cancel all fall damage.

While you are getting the artifact its effect will happen to you until you leave the hidden realm. For example if you wanted Glass, you would be at 10% Health the whole time.