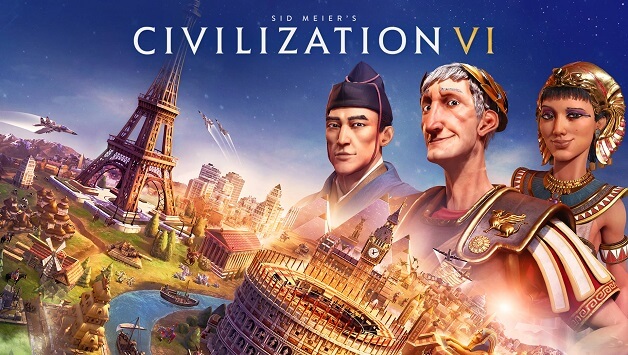 We will be going in depth on how strong the new Mayan civilization can be, and what the optimal strategy is.

Overall this civ is meant to be played tall. With a few cities, but extremely high population. This ability seems to be a watered down version of both Scotland and Teddy’s abilities. Scotland gets +10% to science and production, but they can use this for all cities in their empire as long as they’re happy. And Teddy gets +5 combat strength to his entire continent. Overall this ability allows you to play a defensive game with tightly packed, limited number of cities. Overall 5/10.

This ability is weird… It promotes the tall style Maya is looking towards, you don’t have to worry about picking between fresh water or settling within 6 tiles. And farms providing housing is super strong for the late game. But early on, all your cities will have trouble growing until you get out a few builders. With this builder heavy style, this limits your ability to build settlers and units in the early game. On lower difficulties this isn’t a problem, but on immortal and deity this could be a problem. You need one or two builders early on, so you will fall behind military and settler wise. If you spawn near another civ and have to build a military, do you leave your city at 2 population? It kind of is a gamble, but later on the farms more then make up for the lack of fresh water housing. My only question is: do aqueducts provide there housing bonuses for not being next to fresh water? If so you can easily get 20+ population in every city and Maya becomes an absolute powerhouse of a civ, maybe even the best in the game. Overall 4.5/10 (subject to change if aqueducts provide housing). This ability has too many variables, you have to pray you don’t spawn near another civ with a military, and you need to be in open grassland terrain. If you spawn in hilly/mountainous terrain, you can build your farms and you can’t get any housing.

It looks like the optimal build path would be two builders early on, while you beeline archer after mining. This unit is EXTREMELY strong. You are looking at 38 combat strength when near your capital and against even a slightly wounded unit. 3-4 of these can hold of hordes of enemy units and allow you to focus more on building builders, and settlers without having to worry about mounting a defense. Overall 8/10. Maya is a weak early game civ until they get there housing and can grow, a few of these unique archers along with 2 warriors can beat back any ancient era army, and probably even swordsmen and horses.

Unique District: A campus replacement that replaces mountain adjacency with adjacency to farms and plantations.

This allows you to build HIGH adjacency campuses early on without having to settle on mountainous terrain (which is bad for the Maya). You can easily get between 3-12 adjacency depending on the map layout per campus per city, which leads to a massive early game boost in science, allowing you to tech ahead of the enemy. Overall 10/10. This is a really good replacement that guarantees at least +3 adjacency if surrounded by farms, and more if near bananas or other plantation resources.

Overall the Maya are the type of civ you have to wait and see on until you play them for yourself. They have the potential to grow very high population cities with massive boosts to science, and other yields. But their debuffs make it so that you have to play the mayans a specific way, Tall with lots of farms. Overall I’d give the Mayans a 6/10, they are a good B tier/ maybe A tier civ but have too many variables to account for.
For a more in depth review, check this video https://www.youtube.com/watch?v=C7cq7nGwXQk&feature=youtu.b