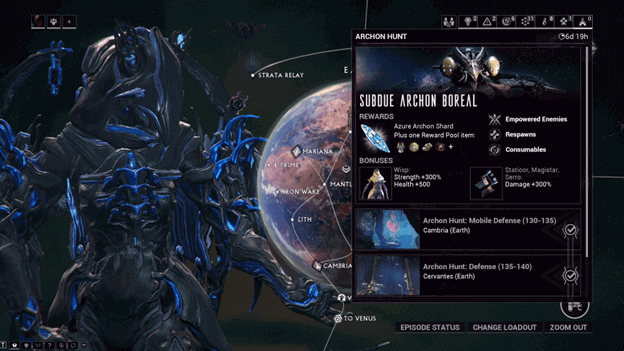 What Are Archon Hunts?

Archon Hunts are a set of missions that are similar to Sorties which allow you to obtain an Archon Shard along with other rewards. This includes a set of missions at a higher difficulty which players can join or play solo depending on whichever they prefer.

During this set of missions, you will progress towards subduing a selected Archon that Kahl locates every week.

How To Do Archon Hunts?

You may start an Archon Hunt by opening the Star Chart and selecting the missions one by one, requiring you to complete all 3 to get the rewards.

Once an Archon Hunt has been completed, you may not repeat it until it resets, which happens every week with different rewards.

It is recommended that you join other players to easily complete these missions, but you can also enter the missions solo. 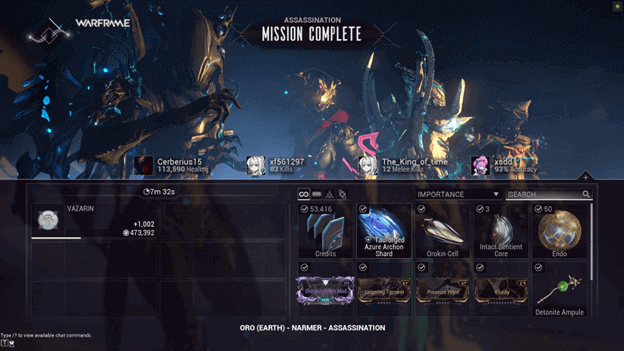 Each week you will have a chance to obtain different rewards along with a guaranteed drop of one of the Archon Shards.

The following have been revealed as the Archon Hunt possible rewards: 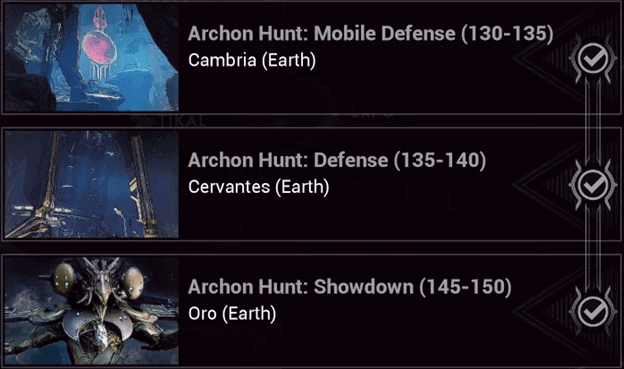 Archon Hunt missions will be different every week, which all end with you facing off against the selected weekly Archon.

The missions may take place in different locations and will have specific levels that increase the difficulty of enemies.

The following are the mission levels for Archon Hunts:

During an Archon Hunt, there are possible modifiers that may be selected to increase the difficulty of the missions you attempt to complete.

The following are the Archon Hunt mission modifiers:

Every week in an Archon Hunt, there will be a selected Warframe as well as weapons that will gain additional stats. This will allow players to utilize this feature to have a better advantage over the enemies that they face in the missions.

You can view the current Archon Hunt Bonuses when checking the Archon Hunt mission in the Star Chart.

It is possible to repeat Archon Hunts in the same week, but the rewards will only be gained once, making it pointless unless you are after gaining experience.