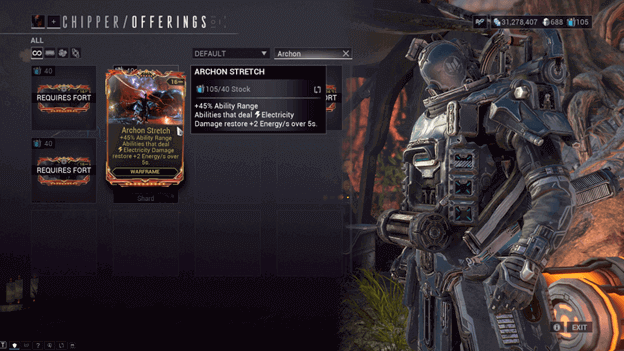 The release of Veilbreaker had a huge impact on players with the return of Kahl-175 who now has set up his Garrison at the Drifter’s Camp.

After the release of the Veilbreaker Hotfix 32.0.3, more features were added to Kahl’s Garrison, including Chipper the Offerings vendor.

Among the many things that you can purchase from Chipper are Archon Mods, which provide you with the opportunity to make new builds for your Warframes.

How To Get Archon Mods?

The Veilbreaker Archon Mods were added during the Veilbreaker update and were available for purchase when Hotfix 32.0.3 was live.

To obtain the Veilbreaker Archon Mods, you will need to purchase them from Chipper, who is at Kahl’s Garrison at the Drifter Camp.

All of the Veilbreaker Archon Mods may be purchased using Stock, which is the currency in Kahl’s Garrison that is obtained by completing an objective in Break Narmer Missions.

Each of the Veilbreaker Archon Mods costs 40 Stock. 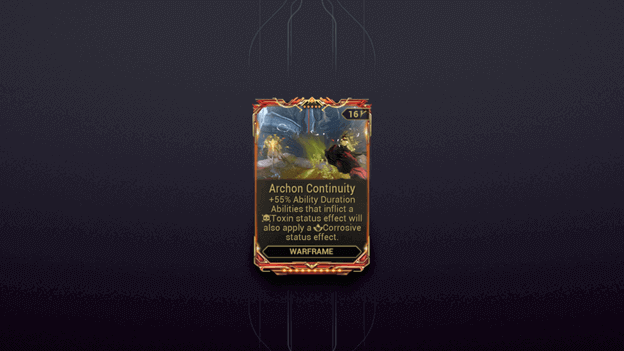 With Toxin status effect dealing damage over time to enemies, adding the Corrosive status will make enemies even weaker and easier to kill.

Warframes that have abilities (or Augments) that cause the Toxin status effect will be able to apply the Corrosive status to enemies in battle. 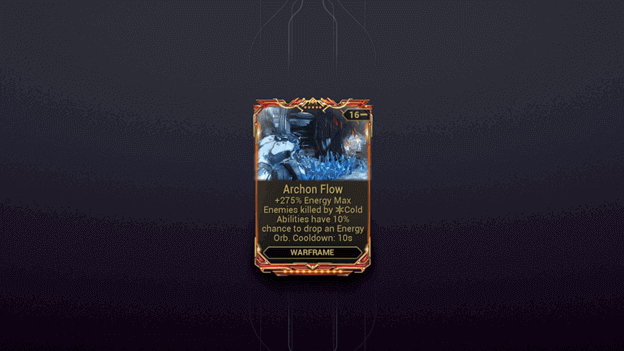 Archon Flow provides 275% Energy Max as well as causes enemies killed by Cold Abilities to have a 10% to drop an Energy Orb.

The additional energy makes it easy to cast more abilities and with Warframes that have abilities that deal dead cold damage, the Energy Orbs can come quite in handy.

Warframe who deal Cold damage with their abilities will most likely have an abundant amount of energy to use and provide the team with more energy with the Energy Orb drop chance. 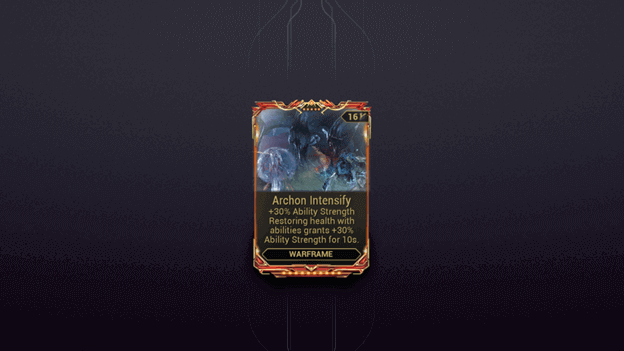 This makes Warframes that can heal themselves very useful not only for healing allies for more health but also for the additional Ability Strength they provide their team with. 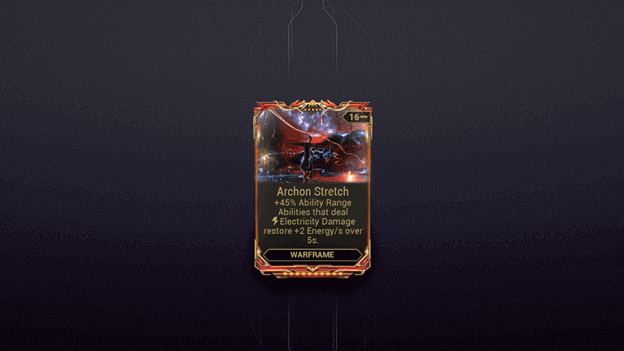 Archon Stretch provides you with a 45% increased Ability Range and causes abilities that deal Electricity damage to restore 2 energy per second over 5 seconds.

This makes it easy for Warframes that use Electricity damage abilities to maintain more energy so they can cast them more often.

With the ability to add more energy regeneration, you can find that this combined with other energy replenishing sources will help keep your energy from running out. 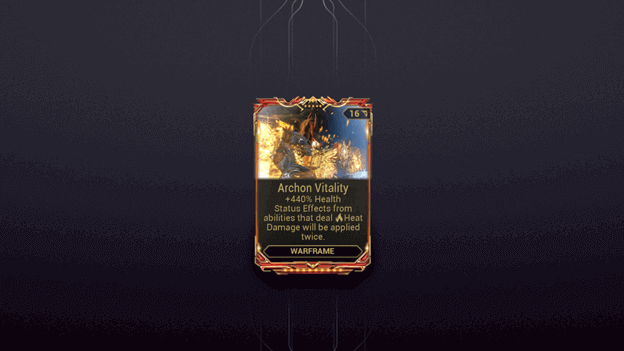 Archon Vitality provides a health increase of 440% and causes abilities that deal Heat damage to apply the status effect twice.

This allows Warframes that deal Heat damage to cause even more mayhem to enemies by applying two stacks of the status effect.

With the ability to deal more damage from the status effects being applied twice, you can easily take out enemies within a small amount of time.

Not only do the Veilbreaker Archon Mods provide a good number of stats, but they also help with specific builds in the game.

With the addition of being able to modify your Warframes abilities using the Helminth on your Orbiter, you can easily create new ways to kill your enemies.

The addition of these mods has made the game more interesting and now there will be several builds that can greatly be utilized by certain Warframes.