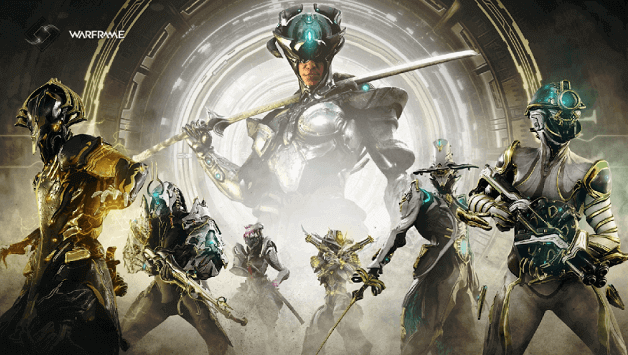 There comes a time when Digital Extremes brings us yet another amazing update, and this time, we get Prime Resurgence.

Players who are new to the game or who have not collected certain Prime equipment now have a chance to catch up.

With the introduction of a couple of new resources (more like currencies) players can grind to get Prime items for a limited amount of time.

What is Prime Resurgence?

Prime Resurgence is an event in Warframe that allows players to purchase Prime Warframes, Prime Weapons, Void Relics, and more.

Two new currencies have been added to Warframe for now, which are Aya and Regal Aya, which can be used to make purchases from Varzia.

Varzia is an NPC who can be found in Maroo’s Bazaar, selling certain items which are no longer accessible, being vaulted and all.

How To Get Aya?

Getting Aya is as simple as any other rotation drop you are trying to get and there are tons of missions you can do to get them.

Aya does not drop as a regular resource and will be obtained when a certain rotation is completed in a mission, depending on what mission you are doing.

Some missions provide you with multiple chances to obtain Aya, some even within the same rotation.

Where To Farm Aya?

Aya farming can be done by completing different missions in the Void and completing their rotations based on which ones provide Aya.

You may also complete bounties from the following open-world locations for a chance to get Aya during the different stages:

Doing Ghoul Purge bounties on Cetus (Earth) during the time of their availability also have Aya as a reward in their drop table.

What To Buy With Aya? 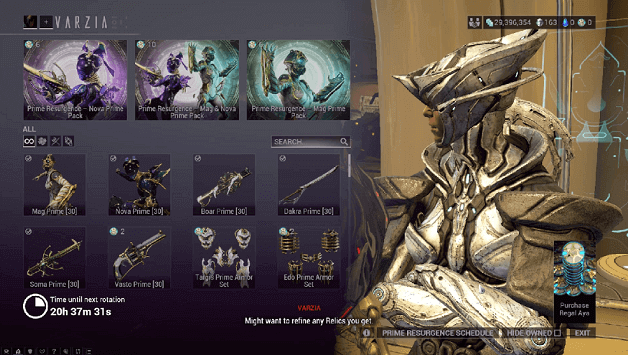 Varzia sells a lot of Prime items which range from Prime Warframe, Prime Weapons, Accessories, and other items that you may not get elsewhere.

These items will rotate weekly and you will be able to purchase from a new set of items when they change, allowing you to get different goodies every week.

How To Get Regal Aya?

Regal Aya is a more costly currency as this is purchased with real money, so if you have some extra cash to spend, you can consider this.

Buying Regal Aya will allow you to purchase the whole prime Warframes for a few of this currency, so it can be worth it to reduce the grind.

The following are the rotations for which Prime Warframes will be available each week, ending with the Last Chance 1 & 2, before the event ends.

There are several missions and bounties that you can partake in to get Aya, the following are listed below, arranged by the highest drop chance for Aya. 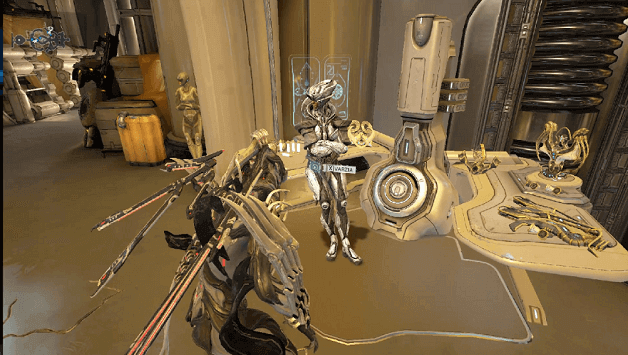 The Prime Resurgence is a great way to get the Warframes, Weapons, and other goodies in the game that may be vaulted.

There is plenty of time for you to catch up and get all of the items that you may have missed out on, allowing you to further complete your collection of gear.

Everyone has their way to grind, and with the multiple options for farming Aya, getting a bunch of Void relics and more should be easy.