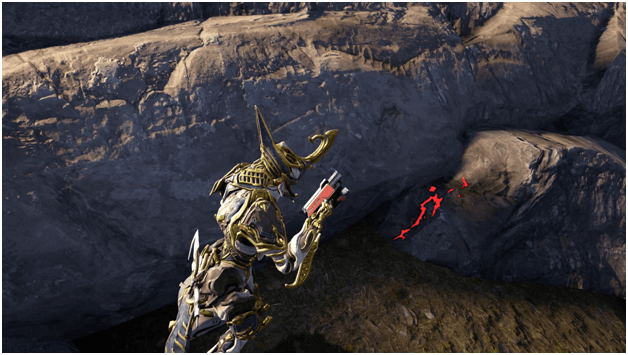 Not all resources drop from enemies. Some need to be obtained in different ways such as the common and rare ores or gems that may be found in either the Plains of Eidolon or in Orb Vallis. These resources are not too hard to find but are not the easiest to farm either.

In order to craft many of the equipment that came along with the introduction of the open worlds, ores and gems must be farmed for them. To do this, you will need to grab yourself a cutter and start searching for those deposits that can be seen glowing around the open worlds.

Players tend to spend a lot of time mining ores and gems for either crafting, trading for standing or for the fun of it. While there are enemies that may be present, the challenge of mining valuable resources from the deposits will be rewarded later on when you really need them.

This guide has been prepared to give you all the information that you need to know when it comes to mining in Warframe. 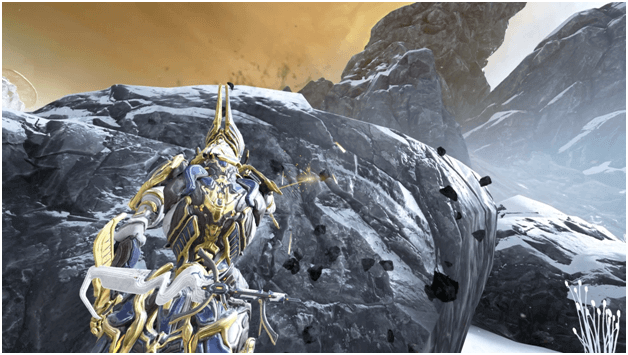 In order to mine in Warframe, you will need to first have a mining tool that you will use to mine ores or gems from their respected deposits. These mining tools (also known as cutters) may be obtained from the mining NPCs in the game who are Old Man Suumbaat (Cetus) or Smokefinger (Fortuna).

Once you have obtained a cutter, you must equip it in your gear wheel so that you can use it when you are in one of the open worlds. Head to either Plains of Eidolon or Orb Vallis to begin mining ores or gems. Each open world has a different set of resources that may be obtained, so you will eventually have to go to both of them.

Enter the open world and search from deposits. The deposits may have either a red or blue glow on them and will have a marker displayed when you zoom in on them with your cutter. Shoot your laser on the marker and a minigame will appear where you have to stop the bar as it moves between a moving gap.

The closer the bar stops to the center, the more resources you get. There will also be a smaller gap which you can stop on, which will give you even more resources.

In order to mine in the open worlds, you will need a cutter. There are currently four cutters (mining laser) that can be used. There is a tool difference between each of them which significantly increases with each mining drill that you upgrade to.

As of now, the Sunpoint Plasma drill is the best mining drill in the game so far as it is tied with the Advanced Nosam Cutter but has the option of having widgets installed.

There are currently 2 Sunpoint Plasma Drill widgets which may be used as upgrades to improve your experience with the tool. These widgets may be purchased from Smokefinger for 30,000 standing. Both of the widgets may be active at the same time.

Sunpoint Plasma Drill Silencer Widget: This widget masks the sound of your mining drill, allowing you to avoid alerting nearby enemies when you are mining deposits. This is helpful for prolonged mining sessions to remain unbothered by the annoying enemies in the open worlds.

There are several ores and gems that can be found in the Plains of Eidolon and Orb Vallis. Each area has their own resources for when you are mining rare gems or ores or even common ones. In order to obtain all of the mining resources, you will eventually have to go to both of the open worlds.

All of the gems and ores that may be mined from the open worlds may be crafted or refined into a different resource of a similar name which is mostly used for crafting.

The main usage ores and resources is to craft equipment that the player will need. The ores or gems must first be crafted into their refined versions and they may later on be used in crafting equipment through their blueprints. Most of the open world mining resources contain the ores and gems needed for blueprints that come from their respective bases.

Some players prefer this as a method of obtaining standing rather than doing bounties as this can be one of the easiest ways to get standing for either syndicate. ores may not be traded for standing. 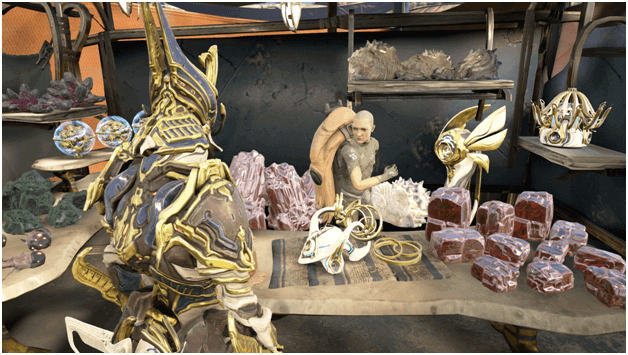 You can speak to Old Man Suumbaat if you require blueprints or would like to trade your gems for standing in Orb Vallis. He can be found in the Plains of Eidolon. 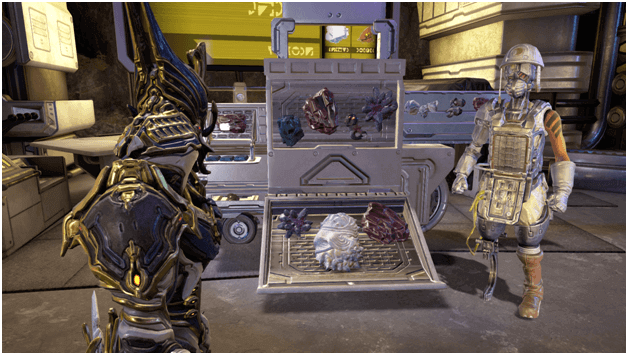 Fortuna Mining revolves around Orb Vallis. You can find a lot of resources around the snowy area filled with rocks as well as inside the many caves around the map. Similar to that of the Plains of Eidolon, deposits are distinguished by red for ores and blue for gems.

You can speak to Smokefinger if you require blueprints or would like to trade your gems for standing in Fortuna. He can be found in Fortuna.

The Plains of Eidolon and Orb Vallis maps have a slightly different mining layout among them. In the Plains of Eidolon, you will mostly find a large amount of deposits scattered almost anywhere while Orb Vallis mostly has spots inside caves or near them. It’s important that you take note of the spots where you can find a lot of deposits and that you have a good way of getting around such as your Archwing.

Determining the best mining spots is more of a choice depending on how you wish to farm, since there are players who love to roam around while others prefer to go straight to the resource. You can either roam the map and move from one mining location to another, or you can go to your favorite location, leave the world and come back in order to respawn the deposits. 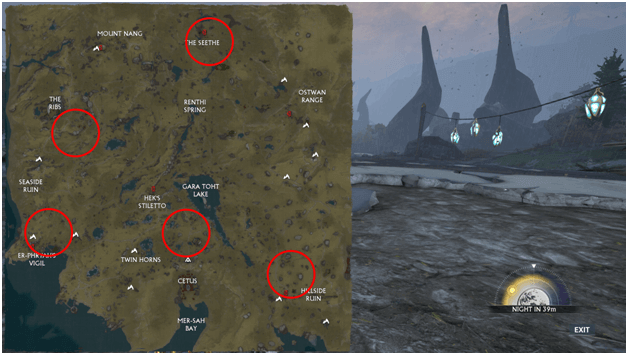 These are the locations where several deposits may be found. They are usually scattered around the area but as mostly in groups. Others are located inside Grineer mining camps. 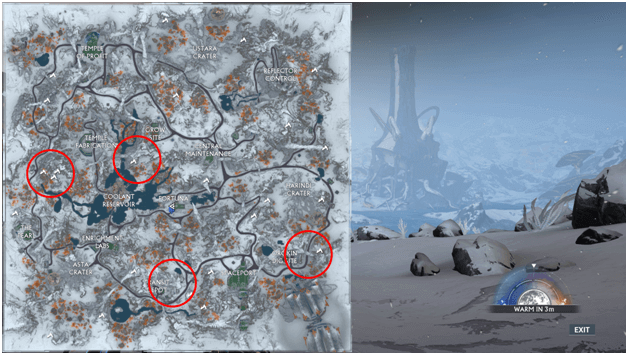 Orb Vallis has less deposits in the open area and most are to be found within caves. The cave near the Transit Depot is considered to be the best mining spot in Orb Vallis.