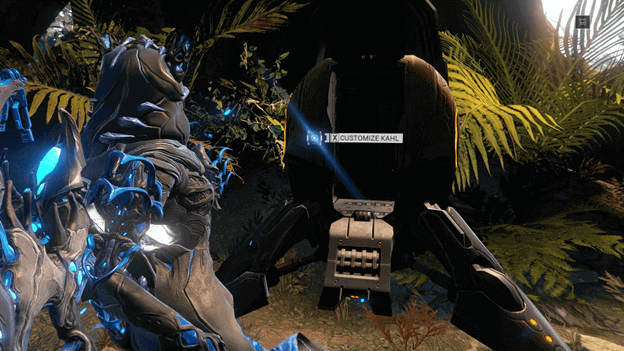 Warframe introduced a lot of new features when Veilbreaker came out and with the reintroduction of Kahl-175, we got even more goodies.

Since you will mostly be interacting as Kahl during the missions from Kahl’s Garrison (Break Narmer Missions), it would only seem fit to be able to personalize him.

With the introduction of Veilbreaker: Hotfix 32.0.3, Kahl’s Garrison was updated, allowing you to now customize Kahl-175 with new armor and color modifications.

Where To Customize Kahl-175?

Many may have noticed that customizing Kahl feature was not available during the earlier updates of Veilbreaker but during 32.0.3, customization for Kahl became available.

To customize Kahl-175 in Warframe, you need to interact with the Grineer Supply Cache that is near him, and it will open followed by the option to customize his appearance.

Interact with the cache and you will be brought into the Customize Armor menu for Kahl, allowing you to equip different armor, and change the materials and colors.

How To Get Kahl Armor Pieces? 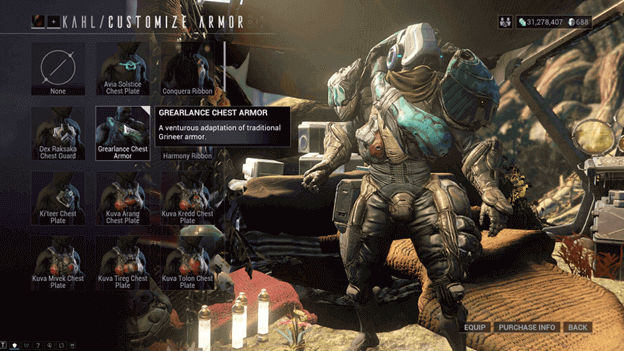 Kahl’s different armor pieces become available depending on your rank with the Garrison syndicate, allowing you to choose more options with higher ranks.

You can rank up your Garrison syndicate by doing the Break Narmer missions which can be done during the weekly rotations.

There will be no need to gather standing and you will simply need to do a mission each week to continue building up the Garrison, increasing your rank in the process. 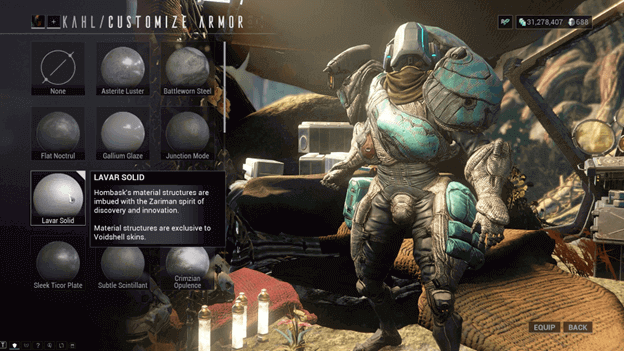 Not only can you choose the pieces of armor that Kahl-175 wears, but you can also customize the material that they are made from.

This allows you to change the texture of his armor to further fit your style preferences, allowing you to go for whatever kind of look you want.

You will be able to select different materials based on what you have unlocked and may apply these to his armor at no cost.

If you thought Fashion Frame was a thing, get ready for Kahl’s Fashion as this feature lets you make our favorite (or second favorite, don’t forget about Clem) hero look even better.

There is a lot you can choose from, and you can even equip some of your Warframe attachments as parts of Kahl-175’s armor.

Now you can use this Grineer hero and do so in a style that best pleases you, going for a sturdy tanky look or a stealthy assailant, there are so many options.