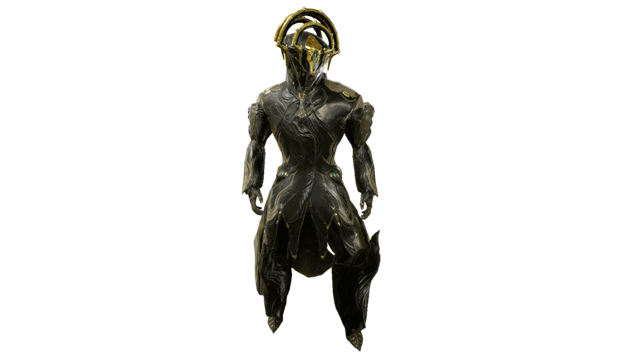 Freezing enemies in place and shattering victims like broken glass, Frost takes on enemies with the full force of the chilling tundra. His abilities allow him to be an offensive Warframe as well as a defensive one, a perfect balance in most ways. From freezing enemies in place to protecting areas from enemies that are pushing, Frost is an adaptable Warframe that can be useful for almost any situation.

Frost is seen as one of the earlier Warframes, but he isn’t among the first ones that may be selected. Instead he must be farmed and built in order to be used by players. Many players prefer this Warframe for missions that require defense or crowd control since Frost is a master of slowing enemies or even freezing them in place.

This Warframe is adept at utilizing the freezing cold, channeling the moisture in the air to bend it into devastating blasts that can freeze enemies or into a shield which can defend what he aims to protect. Since Frost is capable of both offense and defense, he is deemed one of the most balanced Warframes available. In addition to his balance, Frost has a high amount of base armor, making him quite sturdy.

How to Acquire Frost?

The blueprints for Frost’s components may be acquired after you have defeated Lieutenant Lech Kril and Captain Vor in the Exta mission on Ceres. His main blueprint may be purchased from the market for 25,000 Credits. Frost can be purchased fully built for 375 Platinum.

In order to craft Frost Prime, the following are needed:

Enemies that deal melee attacks to Frost will have a 10% chance to be frozen for a duration of 20 seconds. 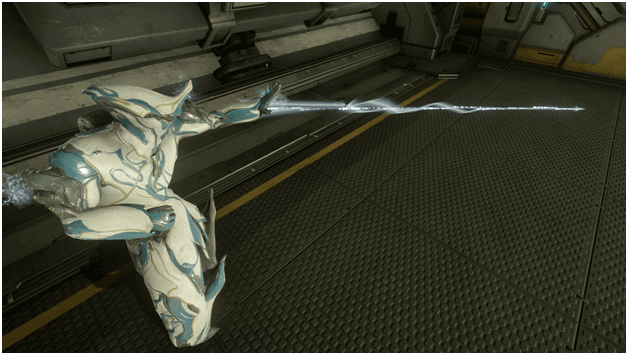 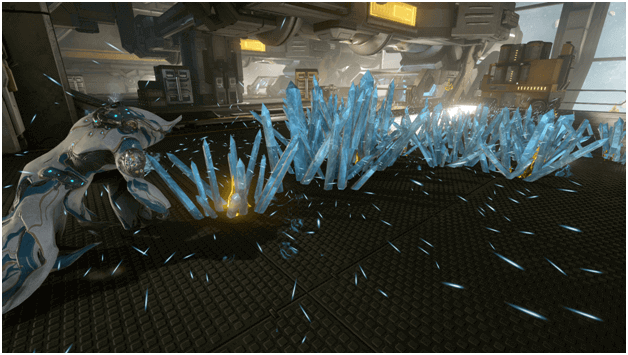 The Ice Wave Impedance mod causes this ability to leave behind a frozen trail which slows enemies down. The trail lasts for 6/8/10/12 seconds. 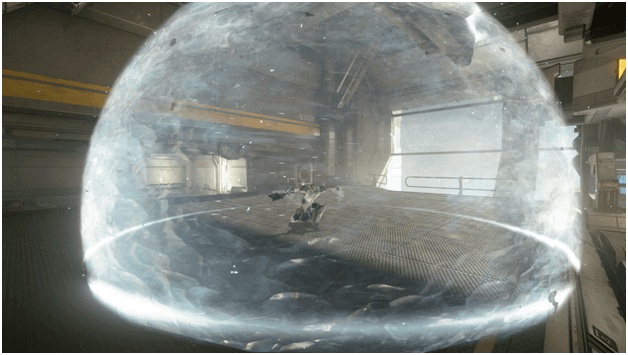 Channeling the moisture around him, Frost creates a globe that blocks incoming projectiles and slows enemies by 40%/50%/60%/67% when they are inside the globe. The Snow Globe has a temporary invulnerability period which lasts 1/2/3/4 seconds. Projectiles may exit the Snow Globe but may not enter from the outside.

Installing the Chilling Globe augment which gives a 30%/35%/40%/50% chance to slow enemies if they enter the globe or remain within it. 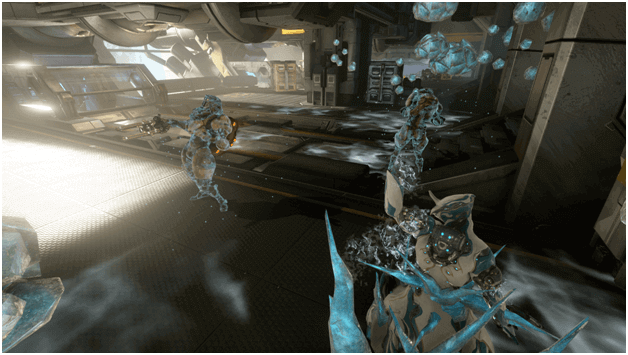 The Icy Avalanche augment can be equipped to grant allies a coating of ice for every 40/45/50/60 damage dealt to an enemy.

The Basic Frost Build is a general build for those who are starting out with using Frost or for those who wish to use a basic build and manipulate it further to suit their own liking.  All abilities have been boosted and his armor has been increased, not just for durability but also for a stronger Snow Globe.

Using this build can get Frost through several missions and gives him both an offensive and defensive edge in most situations. He will be able to use all of his cold abilities, dealing stable damage along with having lasting effects.

The Spam Build allows frost to repeatedly cast his abilities, mainly allowing a lot of trouble for enemies. This allows a lot of crowd control to be done along with a slightly increased amount of ability damage. While not a lot of damage is done by this build, this allows you to make use of the crowd control effects with weapons or assist allies.

Freeze will be able to be repeatedly cast in order to slow an enemy several times or to slow different enemies. Ice Wave can be spammed, killing large groups of weaker enemies or damaging and slowing stronger ones. Snow Globe can be used to protect multiple areas and repeatedly knockback enemies since it can easily and cheaply be recast, also activating its invulnerability period.

Avalanche can easily be cast and done multiple times to completely freeze enemies several times, weakening them and stopping them in place for you or your allies to destroy.

The Frost Nuke build involves the dealing of damage and focuses mainly on clearing up enemies in large amounts. Ability strength has been boosted to 323% making the casting of Ice Path and Avalanche result in high amounts of damage. Due to the high amount of ability strength, the health of Frost’s Snow Globes is also drastically increased, which still provides good defense along with this offensive build.

Crowd control is reduced in a way due to the lack of duration in this build but in the event that enemies are killed with single casts of Frost’s abilities, duration may not even be required. Blind Rage may be swapped out for another mod to increase range or another stat, removing the reduction on efficiency at the same time.

This build makes use of the Freeze Force augment which allows frost to buff his allies with extra cold damage. The amount of cold damage will scale with the ability strength of Frost, requiring a high amount for more damage. Not only will using the benefit of extra cold damage be provided with this build, Frost will also deal more damage with his abilities.

The cold damage from Freeze Force may combine with other elemental properties that affect your weapon such as other mods. The increase in base cold damage makes overall damage reach a higher number when combined with other weapons stats and with this, not only Frost benefits, but so does his squad.

While the damage of Ice Wave is not as high as other builds would have it, the range of the Ice Wave’s reach is greatly boosted, its energy cost reduced and duration increased. Along with the benefits of Ice Wave, other abilities may be combined to also cause crowd control, being cast and combined in battle alongside Ice Wave.

One of Frost’s well-known abilities is his Snow Globe, which he uses to protect areas that also acts as a way of dealing crowd control. Enemies are known to be unable to penetrate the Snow Globe with projectiles but they may move through it after some time. With the Chilling Globe augment, entering the Snow Globe will cause problems for these enemies as they linger within.

Snow Globe with the Chilling Globe augments will grant a 50% chance that enemies within the ability will be frozen solid. Enemies that have been frozen, will still be able to be frozen again even after the duration of the status effect wears off. This makes the Snow Globe an almost unlimited crowd control ability as it only disappears when destroyed. The bigger the range, the more the Chilling Globe effect can be spread out.

While Avalanche alone is a powerful ability, we can get much more out of it that can benefit not only Frost, but his allies as well. Using the Icy Avalanche augment, a portion of the damage done by Avalanche can be converted into ice armor which is shared with Frost’s allies. This makes it easier for you and your allies to take out several enemies due to your ability to disable enemies and keep allies safe.

Duration is slightly modified to keep the length of other ability effects stable but the ice armor is unaffected by ability duration, which leads us to focus on other stats. Ability strength has been increased to raise the amount of ice armor that provided while range has also been bolstered to affect more enemies in an area. This guarantees that more enemies are targeted by Avalanche and a higher amount of the damage done is converted into ice armor.

Frost is quite the crowd control expert due to his icy abilities which makes him a favorite for those facing large groups of enemies. With his slow abilities, he can practically choose between protecting himself, dealing damage to enemies or freezing and slowing them. Frost is commonly used for excavations, defense and mobile defense missions due to his ability to guard areas well.

Considering his ability to endure a lot of damage due to his good amount of shield and armor, Frost can definitely take a hit and may be useful in end game missions. This is because of the amount of damage he can take and the fact that he can prevent damage from being dealt by simply freezing and engaging his enemies, making him a powerful Warframe to have in any squad.

Frost does live up to his reputation and as far as his name goes, he remains a master of the cold element which makes him a good match against almost any enemy. He is also known to be able to freeze or slow down bosses, making him pretty useful in other mission types. Depending on the player, Frost can be an all-around Warframe of crowd control and defense.