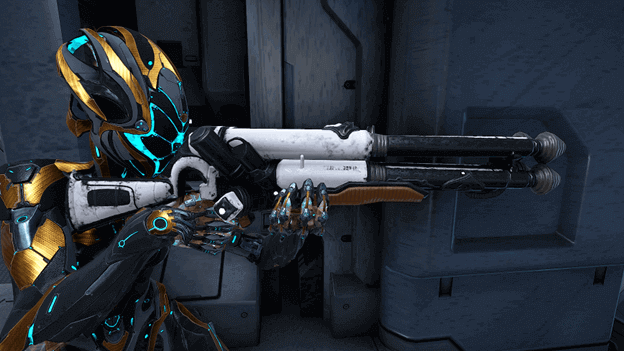 The Vaykor Hek is an upgraded version of Hek, which boasts more magazine capacity, fire rate, and critical chance.

This weapon has an innate Justice effect which causes 1,000 blast damage to enemies within 25 meters from you and reduces their accuracy by 30%.

The Justice effect triggers when you gain 1,000 affinity and regenerates 25% of your maximum health and increases your armor by 15% for 30 seconds. (Has 30-second cooldown)

Below we’ve covered some of the best Vaykor Hek builds that were tested out by us to create effective damage to the enemies. 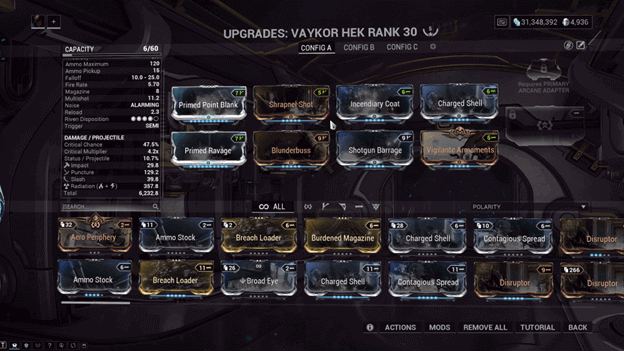 The Vaykor Hek Critical Damage build focuses on dealing more damage to enemies with the use of critical hits, boosting its critical chance per pellet.

This allows the weapon to score multiple critical hits and with a high critical multiplier, the damage becomes severe.

Along with the build is the Shotgun Barrage mod to quickly fire off more shots while it also has an elemental combination for more damage towards certain enemies. 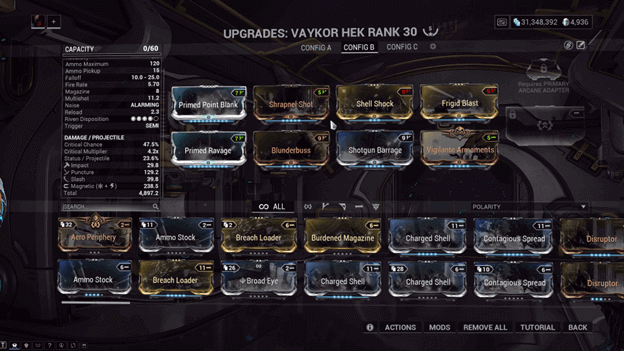 The Vaykor Hek Hybrid Build modifies what was once a Critical Build and adds the opportunity of having more Status Chance.

This will not only allow you to score critical hits on enemies, but it also helps apply status effects that may weaken them or deal damage over time depending on the mods used.

With this build, you can easily damage enemies while applying status effects, allowing you to easily shred through groups in seconds. 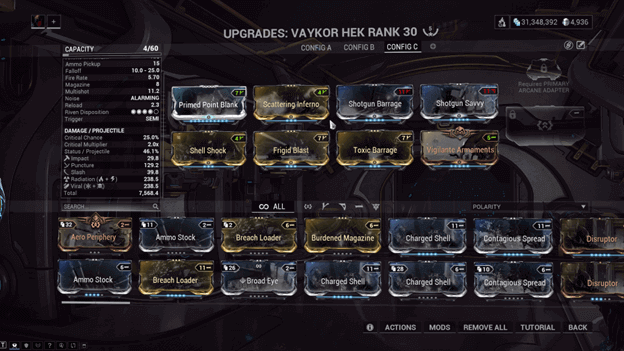 For those who prefer to inflict status effects on their enemies, the Vaykor Hek Status Build can cause several in a few shots.

With a combination of 4 of the Elemental Status mods, Status Chance per Pellet is increased to 46.1%, making it quite a deadly weapon in anyone’s hands.

With this build, you can fire consecutive shots to deal high amounts of damage and leave those who are still alive to suffer from status effects. 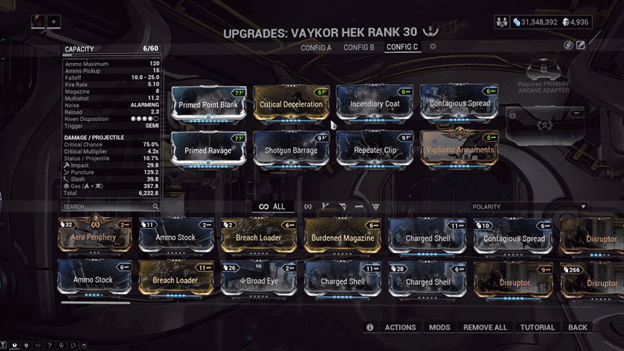 This build modifies the Critical Build, providing a higher amount of Critical Chance while being balanced with mods such as Critical Deceleration along with Repeater Clip.

Critical Chance has been greatly increased up to 75% which makes it capable of dealing insane amounts of damage to most enemies.

You can modify the Elemental Damage mods to create a combination that can deal increased damage against certain factions. 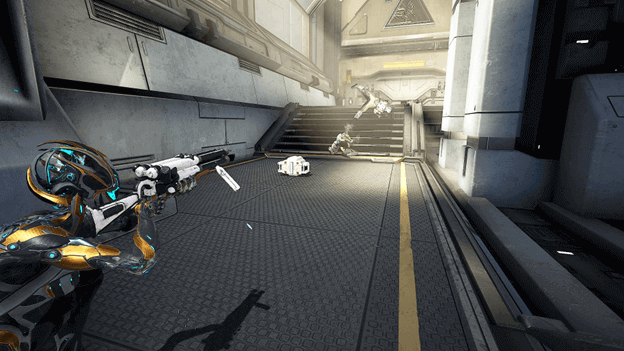 Not only is the Vaykor Hek perfect for taking out targets in a split second, but it also helps you clear out groups thanks to the Justice effect.

As you continue to take out enemies with this weapon, those who are nearby will take damage now and then, making it easier to clear groups.

The damage from the Vaykor Hek can greatly be boosted and since this is a very accurate shotgun, it is easy to hit enemies even from afar.