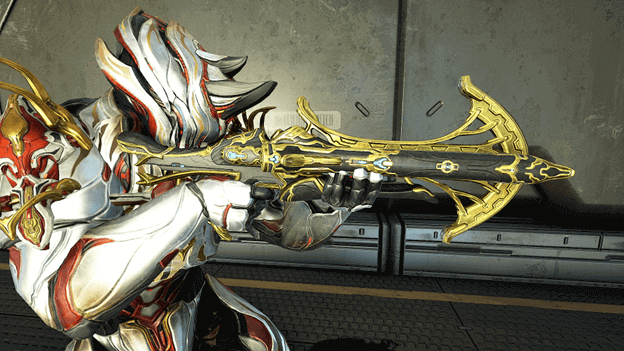 An elegant and deadly weapon, the Tigris Prime is an upgraded version of the Tigris, featuring even more damage and Critical Chance.

The Tigris Prime is a double-barreled shotgun that fires one shot when the trigger is pulled and another one when released.

Being the beast of a shotgun that it is, the Tigris Prime is capable of annihilating enemies in an instant when fired at a close distance.

Below we’ve covered some of the best Tigris Prime builds that were tested out by us to create effective damage to the enemies. 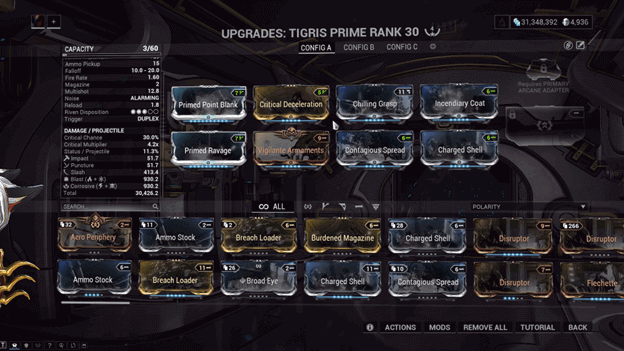 The Tigris Prime Deceleration Build is a Critical Chance build meant to deal heavy amounts of damage to enemies to easily wipe them out.

It has two elemental combinations and uses Critical Deceleration to boost Critical Chance, making it deadly even without critical hits.

With this build, you can easily deal large amounts of damage to enemies and kill most of them when firing from up close with a single shot. 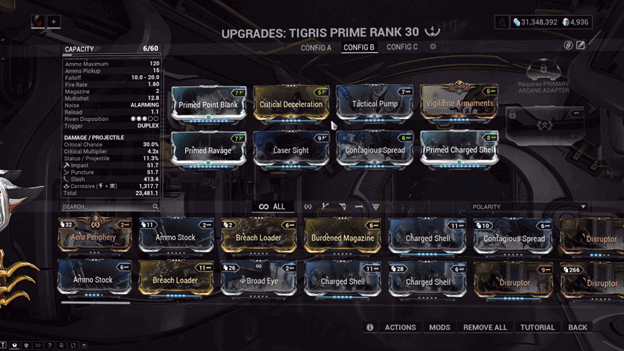 Scaling the Critical Chance of the Tigris Prime even further, the Laser Sight Build features a large boost after dealing with a headshot.

After shooting an enemy and landing a headshot, the Critical Chance will increase by up to 120%, making this weapon even deadlier.

Featuring a single elemental combination and faster reload speed, this weapon can be fired and reloaded quickly to dispatch enemies in no time. 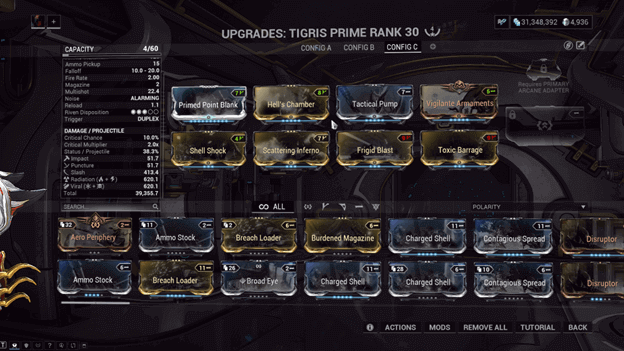 Since the Tigris Prime fires off several pellets, this weapon can have its Status Chance boosted to guarantee procs.

You can use the 4 Elemental Status mods to create up to 2 combinations which can determine which status effects will be applied.

Not only does this guarantee that you will proc status effects now and then, but it also deals a great amount of damage to enemies who are hit up close. 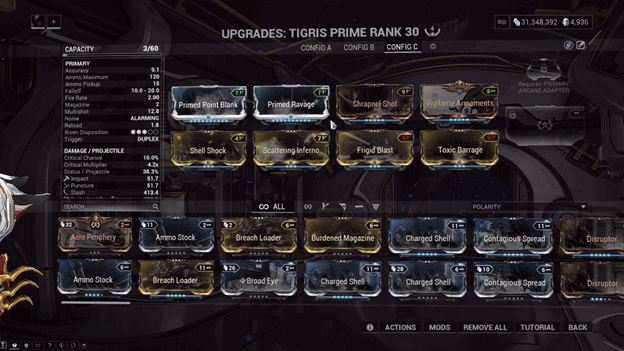 Combining Critical Chance and Status Chance, this build has the best of both worlds, dealing high amounts of damage and applying status effects.

Enemies will suffer from tremendous amounts of damage while those who are left standing will be inflicted with status effects.

This build can help weaken certain enemies to make them more susceptible to taking more damage when fired at again. 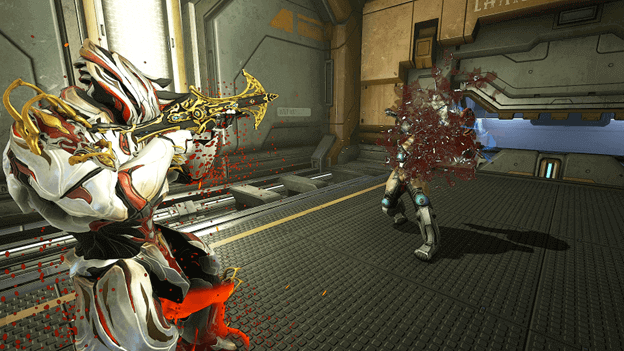 The Tigris Prime is deadly enough thanks to its base damage but when modded well, it can become a beast on the battlefield.

Most of the builds can be altered to use Hell’s Chamber instead of Vigilante Armaments or you can even remove another mod to use both for more Multishot.

With a duplex trigger, you can easily control your firing and although you may have to reload often, it makes up for it with its ability to one-hit almost anything.