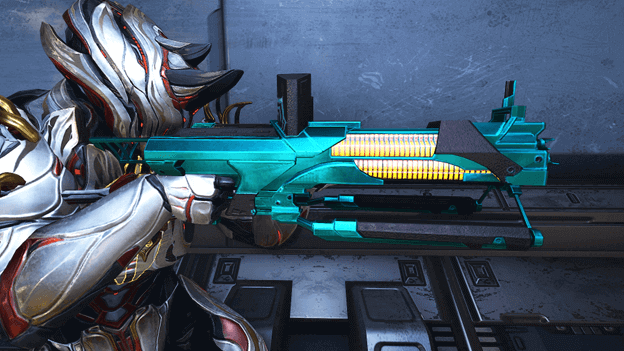 The Supra Vandal is a variant of the Corpus tri-barrel laser minigun known as the Supra, which is an assault rifle capable of firing a seemingly infinite number of rounds.

It features a higher Magazine Capacity than its predecessor and has a higher Critical Chance as well as Critical Multiplier.

This weapon is capable of shredding through enemies and its large magazine allows you to deal heaps of damage before needing to reload.

Below we’ve covered few Supra Vandal builds that were tested out by us to create effective damage to the enemies. 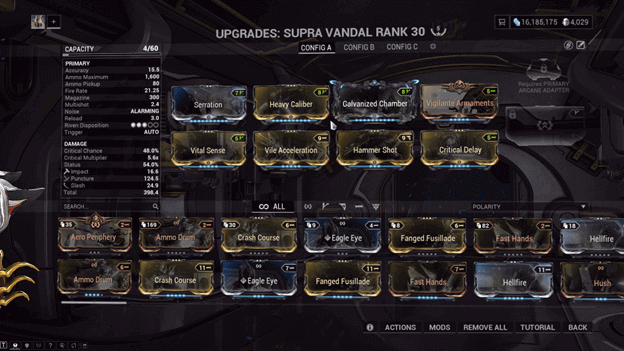 The Critical Rounds build focuses on dealing large amounts of damage in a small amount of time with a quicker Fire Rate and boosted Critical Chance.

This build will allow you to fire rounds in quick succession and with the help of its increased Critical Chance, a ton of critical hits are bound to occur.

This build works well when targeting both single and multiple enemies and will make quick due of them as you unleash round after round onto them. 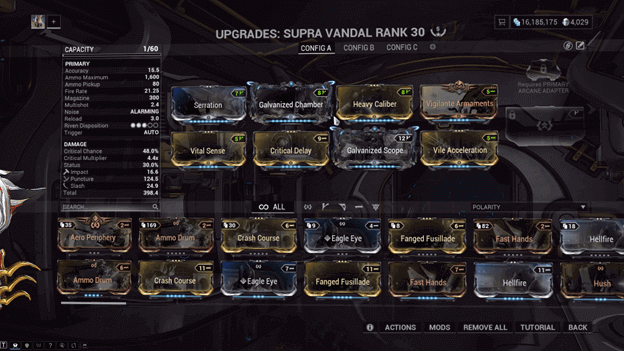 The Headshot Rounds Build is an alternative critical build for the Supra Vandal which rewards those who are accurate with more damage.

Dealing headshots to enemies will increase the Supra Vandal’s Critical Chance while getting headshot kills increases it even further.

With the high boost in Critical Chance, once both effects are triggered, you are guaranteed to get critical hits in quick succession. 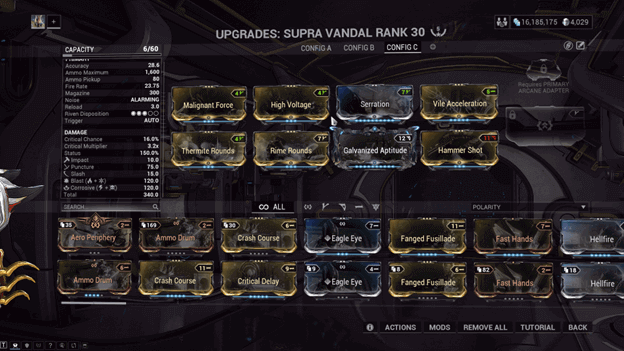 Those who prefer to inflict status effects on their enemies and would like a bit more raw elemental damage can use the Status Rounds Build.

This increases the Status Chance of the Supra Vandal to 150%, guaranteeing enemies will be inflicted with status effects after a couple of shots.

With the Galvanized Aptitude mod installed, you will be able to deal more damage to enemies affected by status effects, making this build perfect for tearing enemies apart. 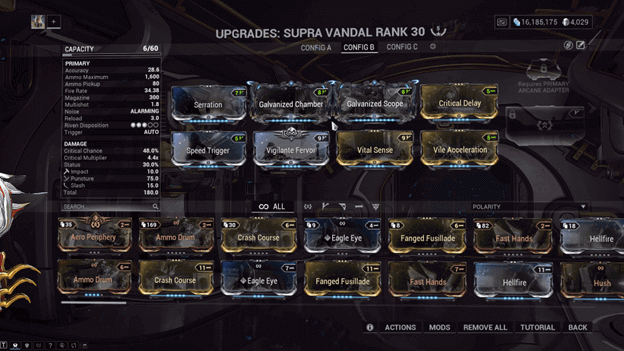 The Supra Vandal would not be complete without an insane firing rate build, which is what the Critical Minigun Build is all about.

We have included mods that boost the Fire Rate of the Supra Vandal and have added mods to improve its Critical Chance and Critical Damage.

This build allows you to quickly fire rounds at your enemies while scoring a ton of critical hits to bring them down in seconds. 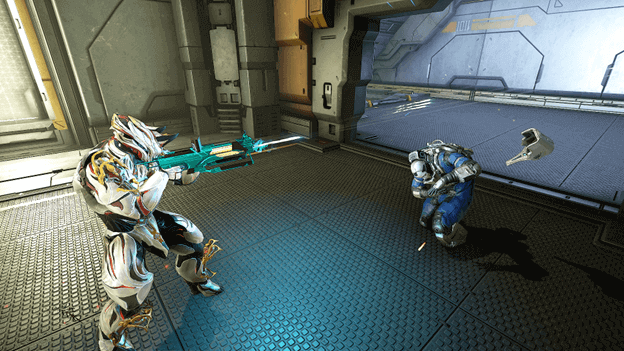 While the Supra Vandal is easy to build for Status Chance, it is still a viable choice for those who love to deal critical damage due to its magazine size and fire rate.

Its accuracy makes it easy to hit enemies in their weak spots and the sheer power of the weapon itself is capable of taking down even the strongest enemies.

With the right build, the Supra Vandal is capable of destroying pretty much anything that gets in your way, especially if you focus your fire on weak spots.