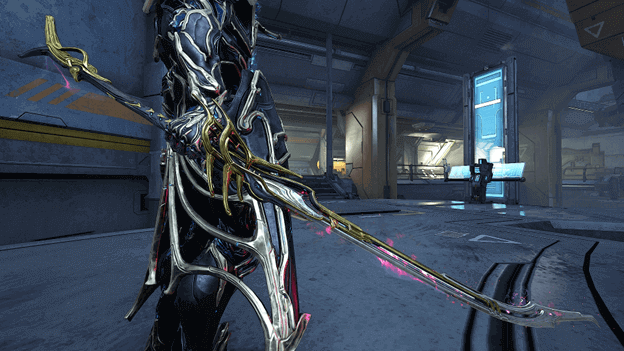 The Tatsu Prime is the Prime variant of the two-handed nikana, which was released alongside Revenant Prime, featuring better weapon stats.

This weapon has an innate Radiation damage which can inflict confusion to enemies, causing them to attack their allies and vice versa.

Kills done with the Tatsu Prime store charges which will be released upon doing a spin attack, sending out seeking projectiles to stun enemies.

Below we’ve covered some of the best Tatsu Prime builds that were tested out by us to create effective damage to the enemies. 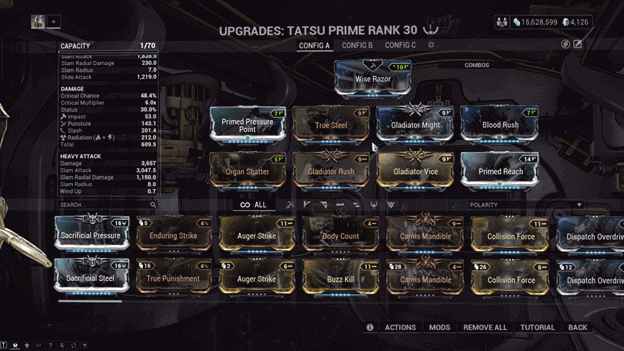 The Gladiator Build makes use of the Gladiator mods, which Critical Chance per Combo Multiplier based on how many set mods you are using.

This allows you to improve the Critical Chance of the weapon to get more critical hits when using the Tatsu Prime.

This build is perfect for those who love to equip Gladiator mods on both their Warframes and melee weapons to get the most out of the set bonus. 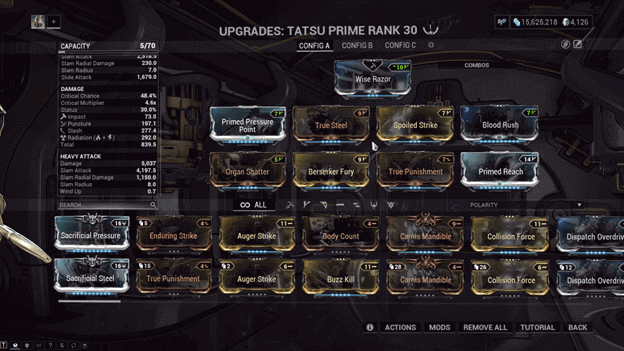 The Maiming Strike build focuses on the use of a Spin Attack often during melee combat, allowing you to deal high amounts of damage to enemies.

With the True Punishment mod, you can build up your Combo Multiplier faster which will allow you to have a higher Critical Chance, complimenting the Maiming Strike mod.

This build is meant for those who love to engage in melee combat and will allow them to deal large amounts of damage as they keep their Combo Multiplier up. 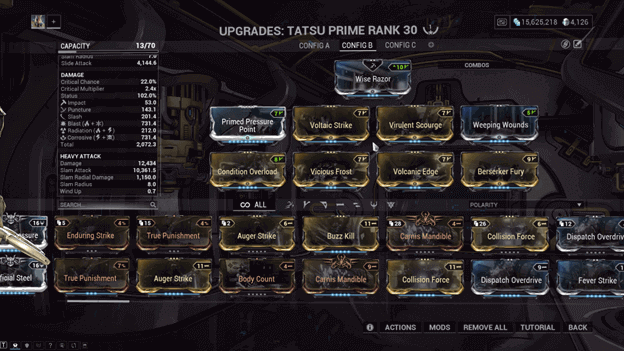 The Status Blade Build focuses mostly on inflicting enemies with status effects to weaken them or deal damage over time.

This allows you to continuously slice at enemies while your damage to those inflicted with status effects scales due to Condition Overload.

Along with the physical status effects, you can have up to 3 combined elements to add even more for an increase in damage. 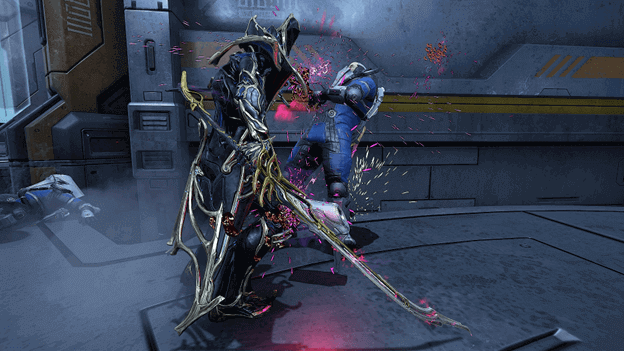 The Tatsu Prime is indeed a unique weapon, and this is not just because of its two-handed nikana style but also its ability to unleash Soul Swarm projectiles.

Enemies on the field will be in disarray as they are sliced up, stunned, and confused as you wield this powerful weapon.

The Soul Swarm charges that can be stored are limited to 5 but this is also increased to 9 when used by Revenant or Revenant Prime.