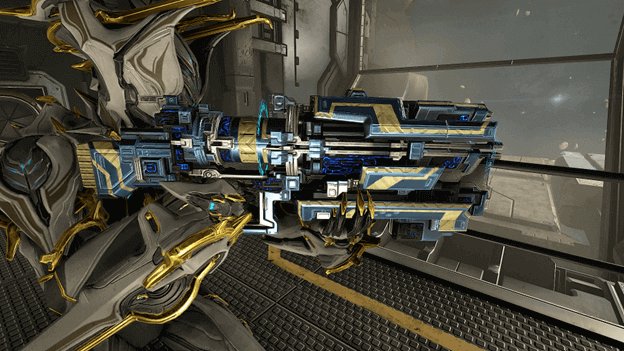 The Tenet Arca Plasmor is a custom variant based on the Corpus weapon, which features ricocheting blasts to hit more enemies.

This weapon can clear out groups of enemies easily thanks to its high base radiation damage and its wide projectile spread.

It features a higher Status Chance as well as a moderate Critical Chance, making it good for many different builds.

Below we’ve covered some of the best Tenet Arca Plasmor builds that were tested out by us to create effective damage to the enemies. 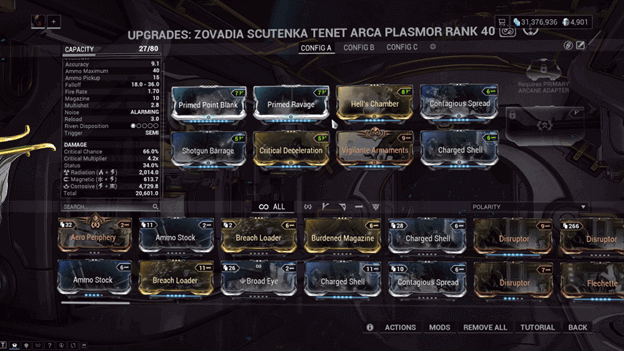 The Critical Barrage Build focuses on dealing high amounts of damage to enemies with the likely chance of your projectiles dealing critical hits.

This will allow you to take advantage of the high damage the Arca Plasmor has, which causes it to kill most enemies with a single hit.

Enemies that survive the initial hits will most likely be affected by status effects, which will make them easier to finish off afterward. 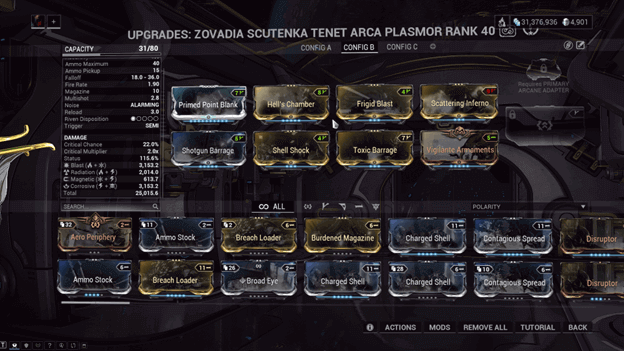 With the Status Barrage Build, you can easily bombard your enemies with high amounts of damage while also inflicting them with status effects.

The high base Status Chance of this weapon allows it to reach 115.6%, which can guarantee enemies will be inflicted after a hit or two.

Enemies will be vulnerable to several types of status effects depending on how you arrange your Status Damage mods. 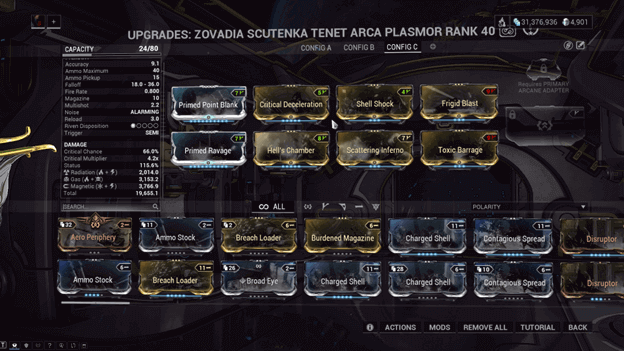 The Hybrid Plasmor Build is a combination of a Critical Chance and Status Chance build, which allows it to deal high amounts of damage and inflict status effects.

With the Critical Chance of the weapon, you can reach 66% along with having a 115.6% Status Chance, making the odds good for both sources of damage.

This hybrid build is effective in most situations and makes it easier to take out not only groups but tougher enemies as well. 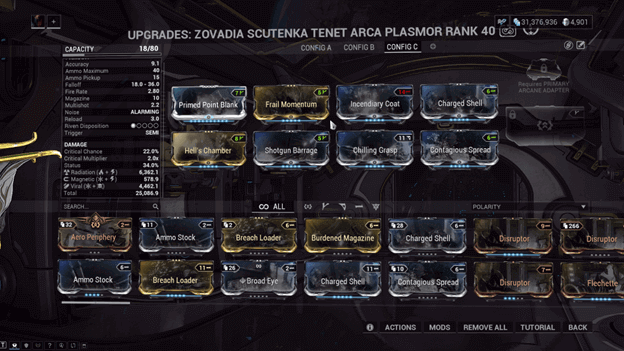 Using the Frail Momentum build can make it easy to clear out enemies in a few seconds due to its heavy damage and high rate of fire.

This build combines all 4 Elemental Damage mods to increase the weapon’s damage as well as target specific faction weaknesses.

With the high fire rate from the combined Frail Momentum and Shotgun Barrage mods, the Tenet Arca Plasmor can be fired in quick succession. 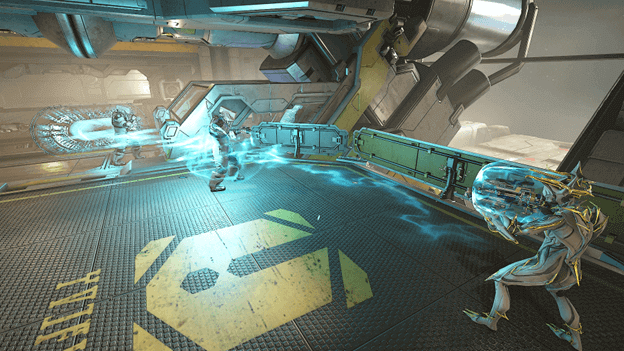 With a high Status Chance, the Tenet Arca Plasmor can easily be modded to deal high amounts of damage and inflict status effects on enemies.

Its ricocheting projectiles allow you to hit more enemies and even damage those who are out of your line of sight.

With this weapon’s deadly plasma projectiles, your enemies will be obliterated within a few shots or maybe with just one.