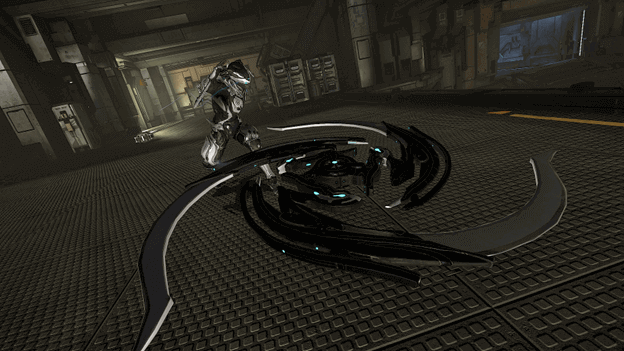 The Glaive Prime is the Primed variant of the original Glaive, featuring an increase in damage, Critical Chance, Status Chance, and attack speed.

This weapon allows you to deal swift attacks up close to enemies or to throw the weapon to deal damage from a distance.

During the Glaive Prime’s flight, you can cause an explosion by pressing the heavy attack button, dealing damage in a radius around the projectile.

Below we’ve covered some of the best Glaive Prime builds that were tested out by us to create effective damage to the enemies. 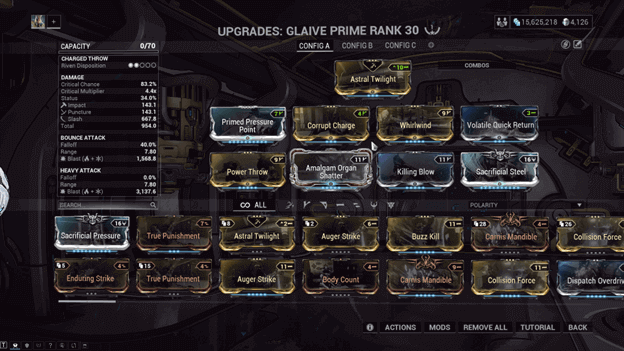 The Exploding Glaive Build is a throw build for the Glaive Prime which focuses more on using the heavy attack after throwing the weapon.

The mods in this build further improve the damage from heavy attacks, boosting the explosion damage of the Glaive Prime even further. 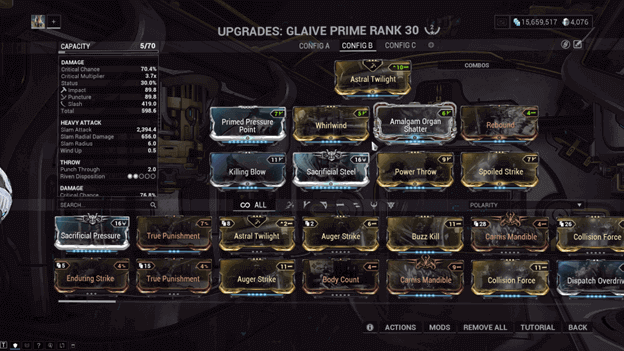 The Bouncing Glaive Builds allows you to throw the Glaive Prime and cause it to bounce between multiple enemies before returning.

At any time, you can cause the blade to explode with a heavy attack, causing damage in an area around the Glaive Prime.

This gives you more time to trigger an explosion while also hitting multiple enemies close to each other before finishing them off with a blast. 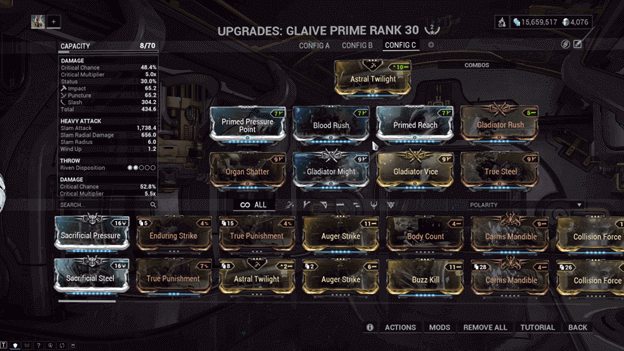 The Gladiator Build for Glaive Prime focuses on more melee fighting than throwing the weapon but also allows you to deal a good amount of damage both ways.

Utilizing the Gladiator mods, we aim to make the most from its set bonus, which increases the Critical Chance of the weapon as the Combo Multiplier rises.

When it comes to using this build, you will mostly be rushing into fights with enemies while slashing at them to deal more damage as you increase your Combo Multiplier. 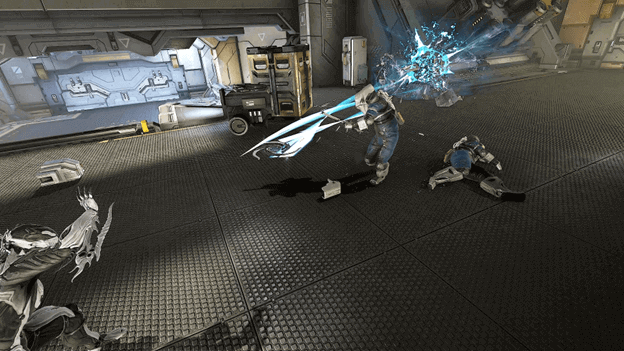 The Glaive Prime is a versatile weapon and can be used alongside a secondary weapon if you choose to do so for a more flexible way to deal damage.

Its throw attack deals a good amount of damage while causing an explosion and is extremely useful when dealing with groups of enemies.

This weapon is both agile and powerful, making it great for almost any situation be it up close or from a distance in a fight.