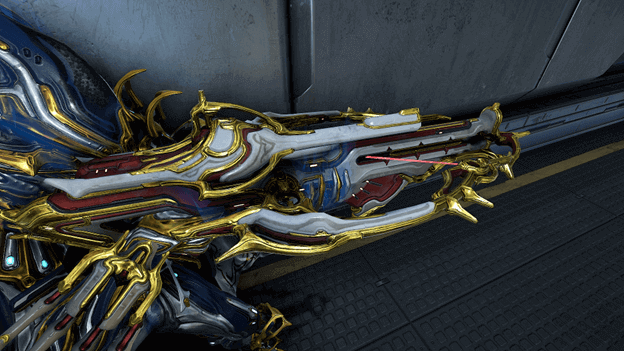 Nagantaka Prime is a crossbow that was released alongside Garuda Prime, which provides the Warframe with additional Punch Through when using this weapon.

Its primary attack fires out accurate bolts while using its secondary fire will unleash the whole magazine upon your enemies in a quick burst.

An additional bonus to this weapon is that it will gain a 50% increase in reload speed when you kill an enemy with a headshot.

Below we’ve covered some of the best Nagantaka Prime builds that were tested out by us to create effective damage to the enemies. 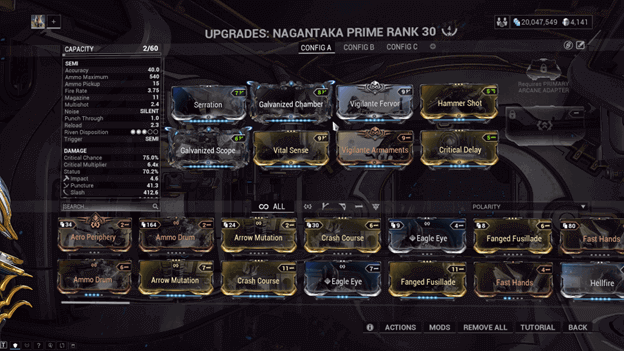 Utilizing the moderate Critical Chance that the Nagantaka Prime has, you can deal a good deal of damage with its critical hits.

Firing off single bolts can help you score critical hits while headshots will trigger the Galvanized Scope mod for even more Critical Chance.

Once a headshot has been dealt, you can finish enemies off using the secondary attack to unleash a burst of critical damage bolts. 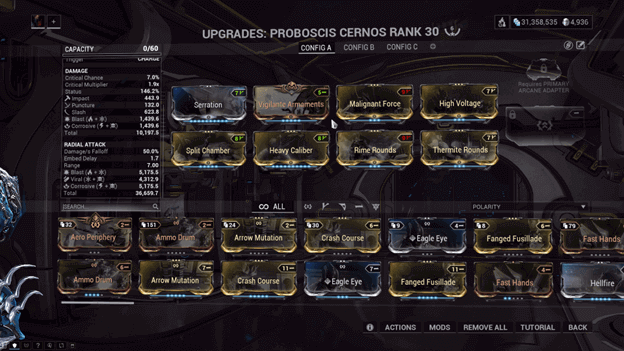 The Nagantaka Prime has a high base Status Chance, making it easy to increase it up to 163.8% using the mods from this build.

Enemies hit by your bolts will be susceptible to status effects and those hit by a burst from your secondary attack will suffer from several stacks.

This build can easily apply status effects to your enemies as you continuously fire at them or finish them off with another weapon. 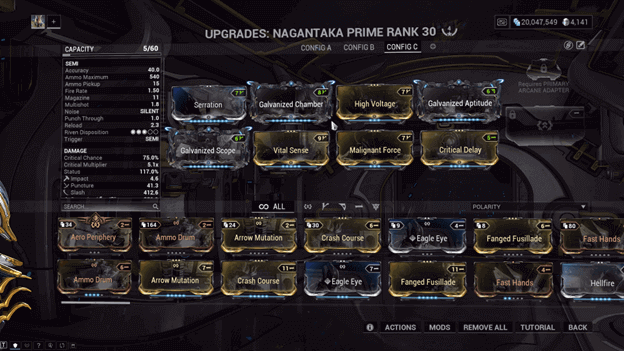 This build forms a Status Chance and Critical Chance advantage against your enemies, which applies status effects and deals high amounts of damage.

Each attack has a high chance to inflict enemies with status effects and deal critical damage which makes the usage of the secondary attack even deadlier.

You can make use of certain elemental combinations to apply the specific status effects that you want to further weaken enemies so you can finish them off with critical hits. 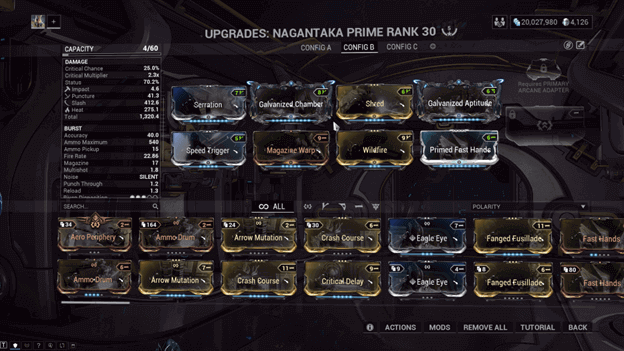 The Burst Fire Build provides the Nagantaka Prime with more Fire Rate as well as Reload Speed to easily unleash more bolts against your enemies.

As the Nagantaka Prime has a bonus to Reload Speed when dealing headshot kills, this will greatly increase the speed at which you reload.

The Magazine Capacity of the weapon is increased to allow you to fire more rounds in a single burst with the Nagantaka Prime’s secondary fire. 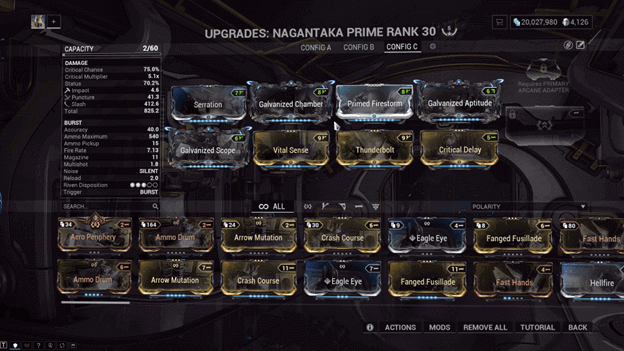 The Exploding Bolts Build utilizes the Firestorm and Thunderbolt mods to add crowd control to the Nagantaka Prime.

With each bolt having a chance to explode, this makes the burst fire of the Nagantaka Prime perfect for knocking enemies down.

This build also has a good amount of Critical Chance as well as Status Chance to deal more damage as well as to weaken enemies. 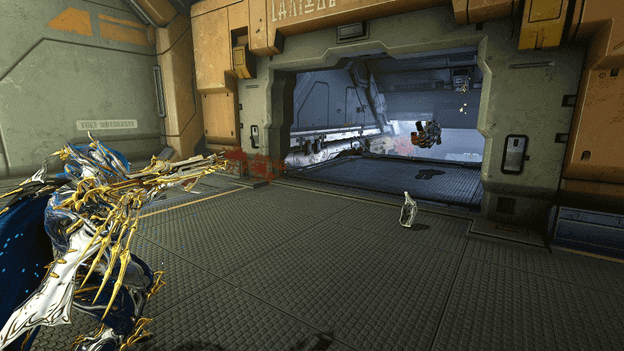 The Nagantaka Prime deals a high amount of Slash Damage to enemies and can be improved further by adding elemental mods to its builds.

Using the burst fire attack will easily kill enemies and there is no need to worry about ammunition because of its high ammunition pool.

The Nagantaka Prime is good at effectively sniping your enemies from afar or dealing full bursts of damage at a moderate range.