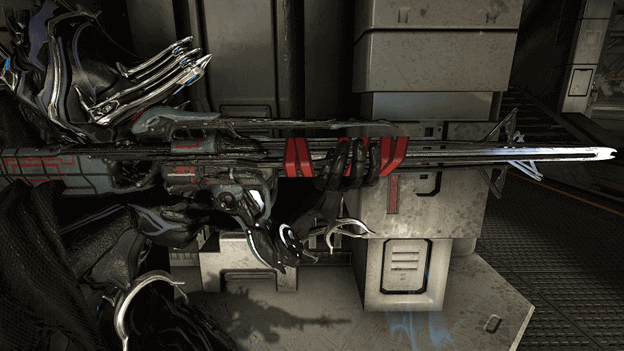 The Kuva Karak is a variant of the Kavak which features an increase in Punch Through, Accuracy, and reduced Recoil.

With a high magazine capacity, the Kuva Karak can easily shower enemies with bullets and its high Status Chance allows you to inflict status effects.

This weapon can effectively be used on almost any mission and can easily take out enemies quickly, especially with accurate shots.

Below we’ve covered some of the best Kuva Karak builds that were tested out by us to create effective damage to the enemies. 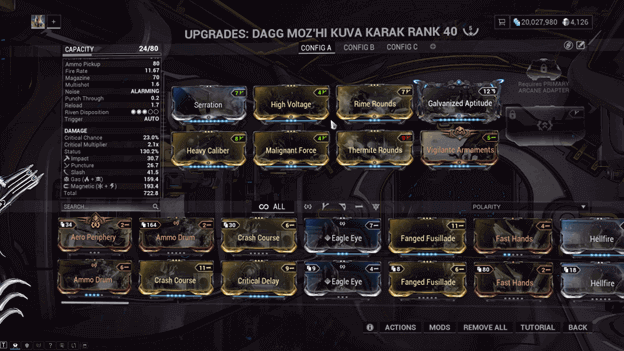 With a good base Status Chance, we can improve this further up to 130.2% with this build, and with Galvanized Aptitude, it can go beyond.

The Status Rifle build allows the Kuva Karak to easily inflict status effects on your enemies, which will cause them to take damage over time or become weaker.

After weakening your enemies, you can finish them off with other weapons or continue shredding them with the Kuva Karak. 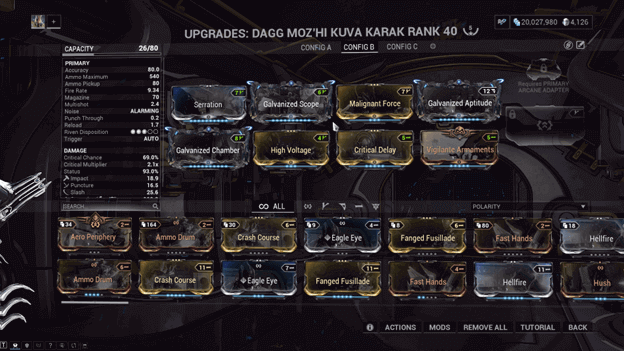 The Hybrid Rifle Build focuses on both dealing critical hits and inflicting enemies with status effects, which work well in various situations.

With a 93% Status Chance, the Kuva Karak will often cause Status Effects while its 69% Critical Chance will guarantee critical hits now and then.

This combination of mods will allow the Kuva Karak to perform exceptionally well even without using other weapons. 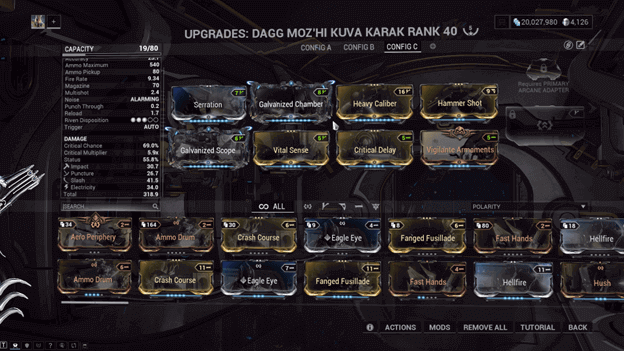 For those who value critical damage when it comes to weapons, this build provides the Kuva Karak with a high Critical Chance.

Accurate players will benefit from this build by dealing headshots often, which will increase the Critical Chance even further.

Since the Kuva Karak has a large Magazine, it is more than capable of dealing a ton of damage with the help of critical hits before you reload. 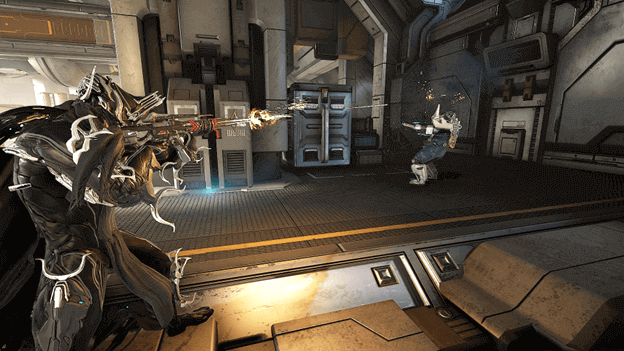 The Kuva Karak is a huge improvement compared to its predecessor and is also quite fun to use when on missions.

Its Status Chance is relatively higher than most weapons which makes it great for inflicting status effects on enemies.

Thanks to its accuracy, the Kuva Karak can easily score consecutive headshots and hit weak spots with little to no effort at all.