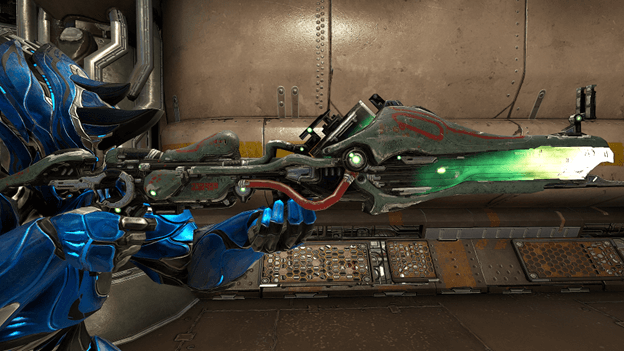 The Kuva Ogris is a custom designed weapon from a Kuva Lich which features more damage and a semi-automatic firing mode.

This weapon deals high amounts of damage that can hit multiple targets, making it perfect for clearing groups of enemies.

With the addition of it being a semi-automatic weapon, you can pick up groups of enemies continuously before reloading.

Below we’ve covered some of the best Kuva Ogris builds that were tested out by us to create effective damage to the enemies. 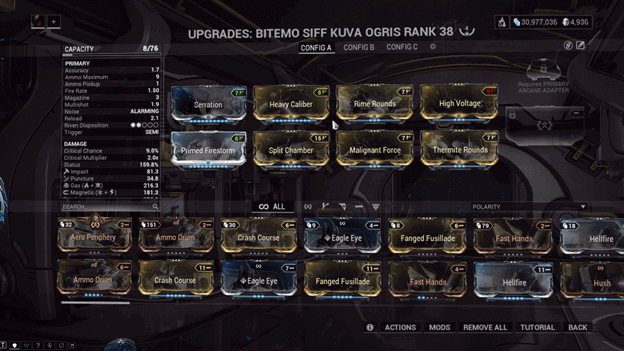 The Firestorm Status Build features either Primed Firestorm or its no primed version to increase the radius of your explosions.

With the Elemental Status Mods, you can create multiple combinations to trigger whichever status effects you prefer to inflict.

This build has a total of 159% status chance, which guarantees enemies who are hit will be inflicted with status effects. 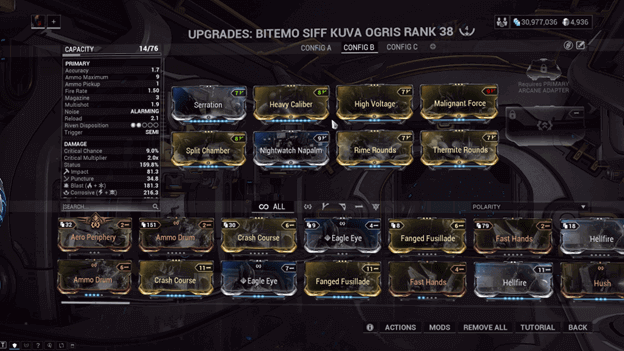 With the Nightwatch Napalm Status build, you do not only get the bonus of dealing high amounts of damage, but you also cause enemies to take damage over time.

Nightwatch Napalm causes your rockets to unleash napalm on impact, dealing a certain percentage of the Kuva Ogris’ damage over time to enemies.

This works perfectly with the Status Build as enemies can become weaker or take damage over time from Status Effects and suffer even more from the napalm. 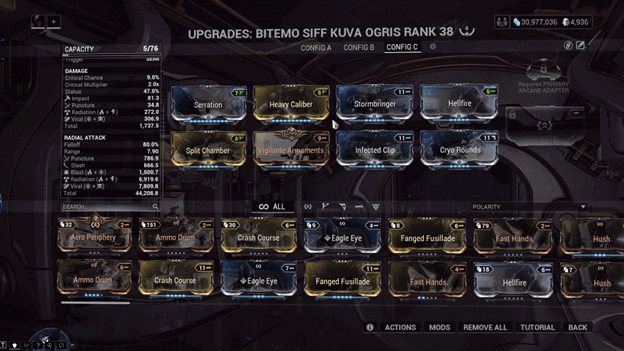 Thanks to the Kuva Ogris’ innate Blast damage, you can have a combination of up to 3 different combined elements in the build.

This allows you to trigger several status effects or deal a lot of damage to enemies, specifically more to those who have weaknesses in those elements.

This build can deal high amounts of damage thanks to the base increase in total damage from the Elemental Damage mods. 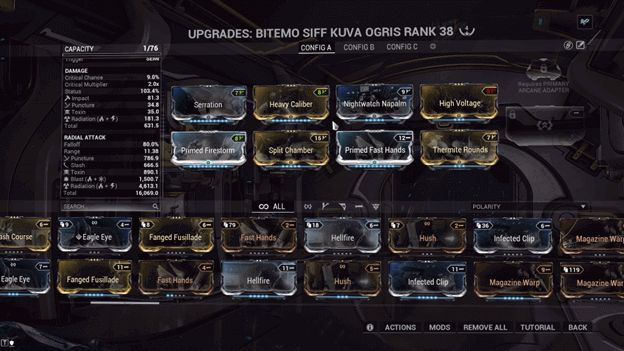 The Status Explosion build focuses on 1 or 2 elemental combinations and has a total of 103% Status Chance, which can guarantee you inflict enemies with status effects.

Nightwatch Napalm has been added to the build to increase damage per second while Primed Firestorm will increase the area of effect.

This build allows you to damage multiple enemies in an area, continuously damaging any survivors who are left standing. 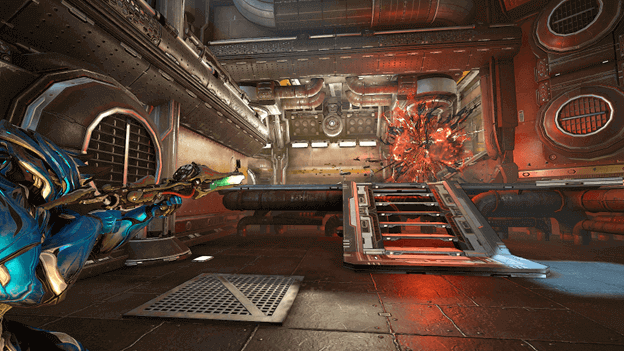 The Kuva Ogris is a huge upgrade compared to its predecessor and can deal high amounts of damage, especially when modded right.

With a high amount of Status Chance, this weapon can easily proc different status effects on enemies who are hit by both the initial rockets as well as the explosions.

When it comes to blowing your enemies to smithereens, the Kuva Ogris is just the tool to clear out rooms of enemies in seconds.