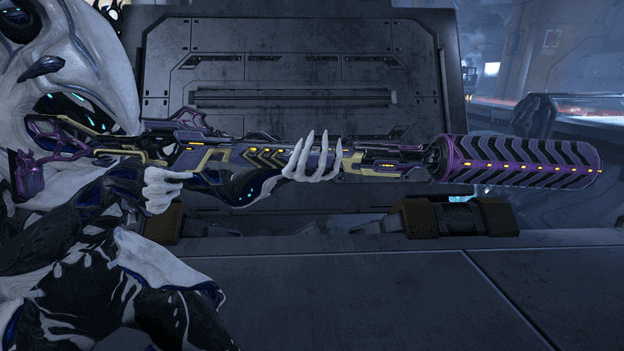 The Fulmin is a weapon that initially came out when Wisp was released, providing it with faster weapon swapping when she uses it.

This weapon can be switched to deal semi-automatic shots or can go full auto whenever you use the alternate fire button.

It deals innate electricity damage which makes it easy for you to create an elemental combination with it for different effects.

Below we’ve covered few Fulmin builds that were tested out by us to create effective damage to the enemies. 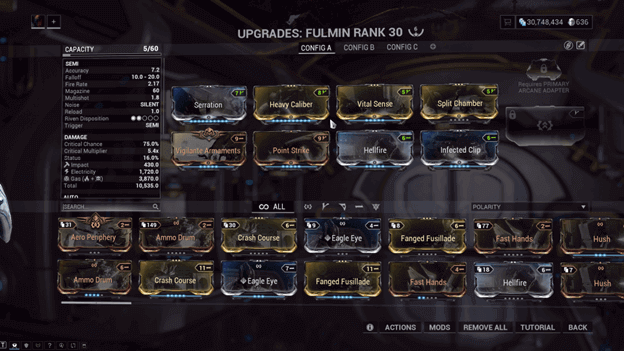 The Full Auto Critical Damage Build was meant more for when using Fulmin in automatic firing mode, but it does well with the semi-automatic one too.

With a Critical Chance boosted up to 75%, you can expect more critical hits and can even add more elemental mods to alter the Electricity damage into another element.

The high Critical Chance and addition of elemental damage make this weapon deadly to enemies your mod specifically targets. 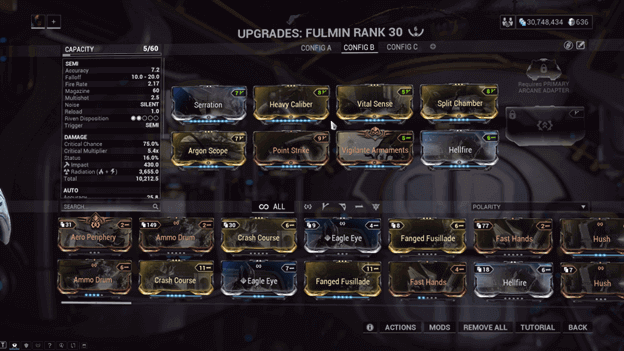 The Argon Scope build modifies the Critical Build to make it more effective when you deal headshots to enemies, boosting your Critical Chance as you aim.

This is effective with both firing modes and can be utilized efficiently to take out enemies in rapid succession. 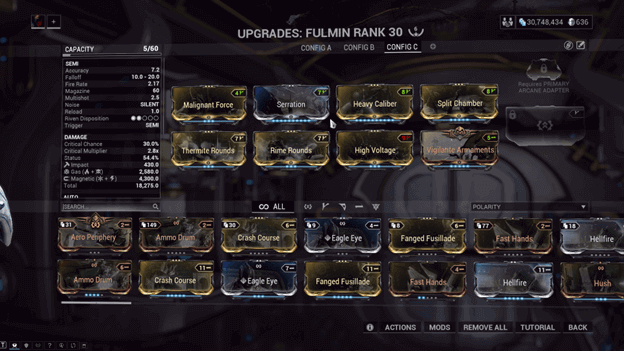 Meant to be used when firing in full auto, this build has a better chance at inflicting status effects to torment enemies who are still standing as you reload.

Enemies will be susceptible to status effects which may either weaken them or cause them to take damage over time.

Adjusting the position of the Elemental Status mods can alter the combinations for whichever status effects you want to inflict. 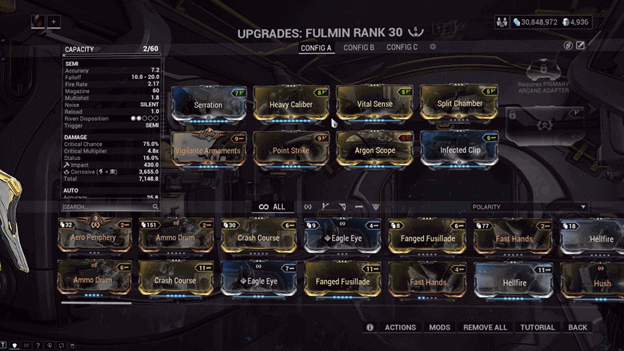 With the mods from the Critical Build, the Fulmin Argon Scope Build can further increase your Critical Chance after you deal a headshot.

This will give you enough Critical Chance for guaranteed critical hits for a short period of time after every headshot.

While this can be utilized for both builds, it will deal a good amount of successive critical hits in full auto mode. 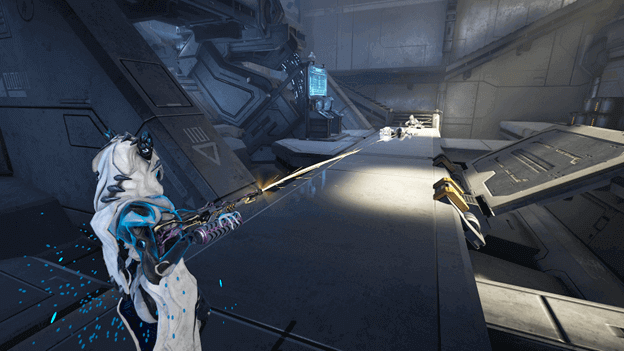 The Fulmin is quite a unique weapon and with the innate Electricity element that it has, you can easily make a combination by adding a single elemental mod.

Its ability to swap between firing modes can be situational and may provide you with more benefits depending on how you choose to use it.

With a good amount of Critical Chance, this weapon is quite a treat for those who love critical damage builds but is also useful with status effect builds as well.