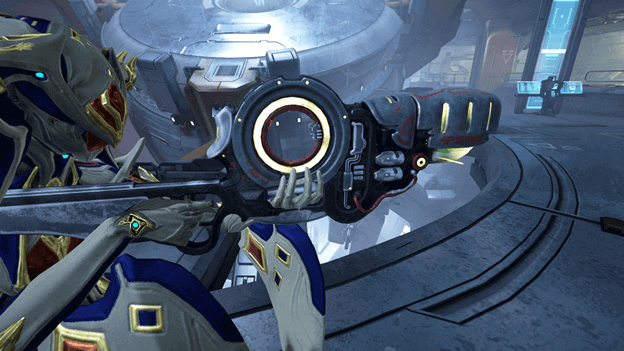 The Kuva Kohm is an improvement of its earlier version and features a higher fire rate to easily take out enemies within seconds.

Every shot fired in rapid succession by the Kuva Koh will release an additional bolt which continues to grow more lethal as you hold the trigger.

This weapon can tear enemies to pieces by launching an endless number of rounds their way, leaving pretty much nothing standing after they eat up all the ammo.

Below we’ve covered few Kuva Kohm builds that were tested out by us to create effective damage to the enemies. 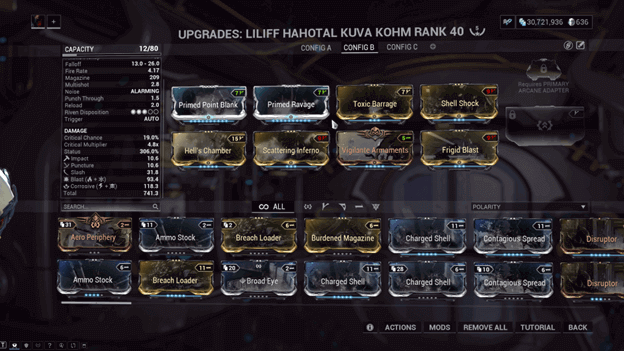 The Kuva Kohm has a base Status Chance that is insanely high at 90% and we can further increase this up to 306% with more mods.

Adding the four elemental status mods, we can achieve this high amount of Status Chance to guarantee that enemies are inflicted with ailments.

This is a great way to both deal damage to enemies in a small amount of time while also weakening them with different Status Effects. 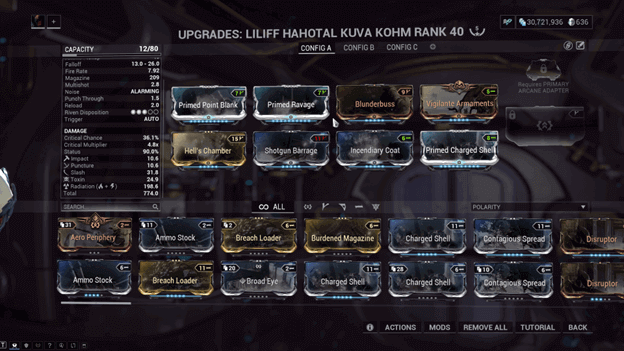 The Kuva Kohm is indeed a shotgun but acts similar to an automatic weapon, which makes it quite deadly thanks to its ability to score a decent amount of critical hits.

While its Critical Chance is not as high as most weapons, it can fire rapidly and shred enemies in an instant, which makes giving it a better chance to score critical hits worth it.

This build includes a single elemental combination to add more to its damage output and can be useful when targeting certain factions. 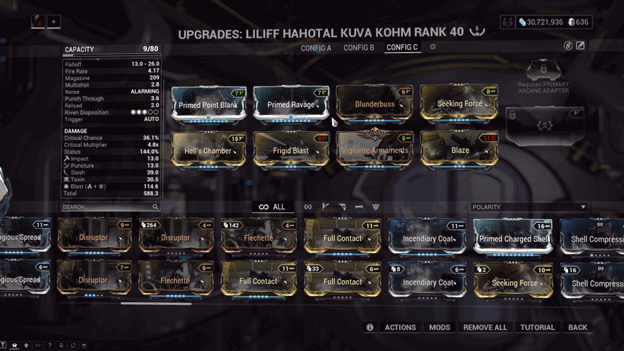 There is no reason why you need to shoot one target at a time when your bullets will go straight through each enemy hit.

With the Kuva Kohm’s ever increasing Fire Rate and deadlier bolts, it can continuously unleash projectiles onto enemies until no one is left standing. 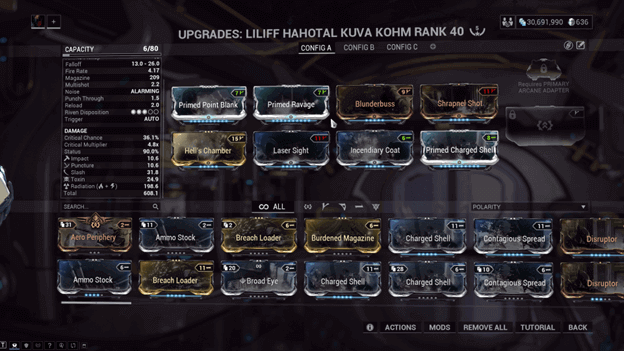 The Kuva Kohm may be a shotgun, but that doesn’t mean you can’t aim for the head from afar since Critical Hits can be quite a boon in the game.

Utilizing the critical mods as well as the Shrapnel Shot and Laser Sight mods, this build further increases the critical chance of the Kuva Kohm after you kill enemies and deal headshots.

Players who tend to aim for the head and get several kills will most likely be seeing a lot of critical hits going on with the Laser Sight Kuva Kohm Build. 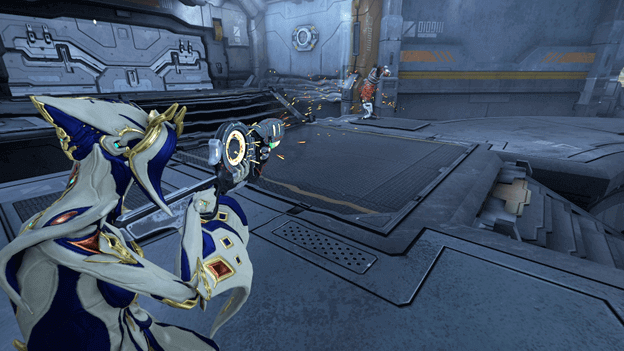 Like any shotgun, the Kuva Kohm can pack quite a punch but the addition of a Fire Rate that keeps increasing makes it a monster in the field.

The Kuva Kohm is most likely to shred enemies or leave them with Status Effects, which is of course if they survive the initial bombardment of ammunition.

Focusing on single targets works well with the Kuva Kohm but with the right build, you can easily use this weapon to tear through groups in tight spaces or who are lined up.