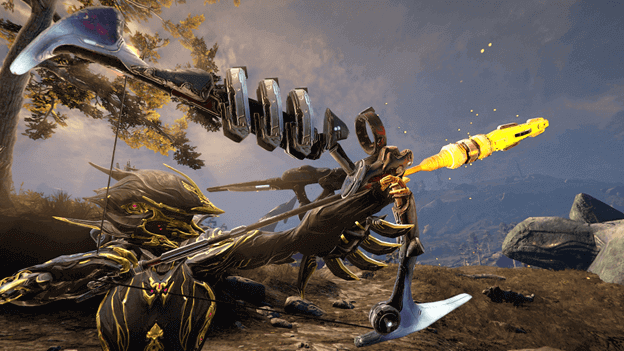 The Kuva Bramma is a bow that was designed by the Grineer, which delivers a fist full of vengeance in the form of cluster bomb-tipped arrows.

Arrows fired from the Kuva Bramma will explode on impact or they can be manually detonated in mid-air for when you want to trigger them before they hit a surface.

What this weapon lacks in ammo capacity, it makes up with a heavy explosion that can pretty much kill most enemies with a single blast.

Below we’ve covered few Kuva Bramma builds that were tested out by us to create effective damage to the enemies. 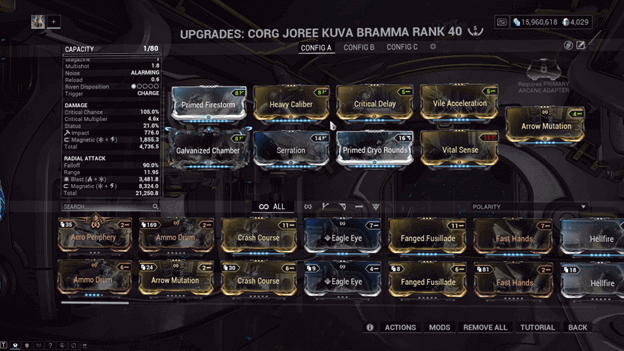 The Critical Blast Build takes the Kuva Bramma’s projectiles up to a whole new level, increasing its Critical Chance to 105%.

This build will guarantee critical hits often, including the explosions that occur upon impact and with Primed Firestorm, several enemies are bound to get hurt.

Using this build will easily allow you to annihilate groups of enemies and works well when it comes to packing a punch to bosses. 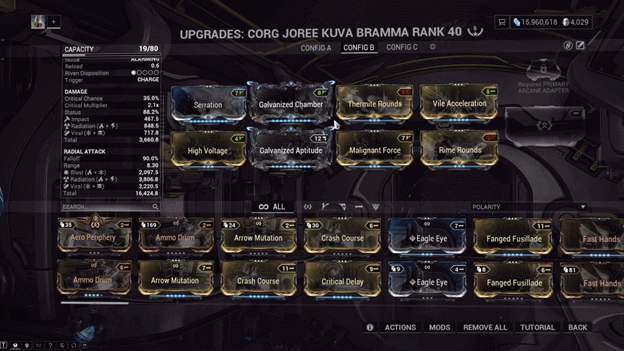 The Destructive Status build focuses on dealing large amounts of damage as well as inflicting enemies with various status effects.

You can easily alter the mods to get 3 elemental status effects in the build, making it convenient when you want to inflict a certain status effect on your enemies.

This build makes it easy to weaken enemies but this is if they manage to survive a large amount of damage from the explosions. 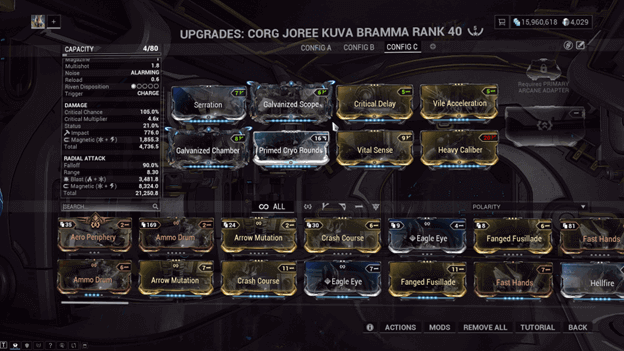 The Annihilator Critical Build can be a trickier yet more rewarding build for those who want to dish out a lot of critical damage to enemies.

With the addition of Galvanized Scope, you can gain additional Critical Chance from dealing headshots and even more when you kill enemies with a headshot hit.

The high increase in Critical Chance will boost your damage to severe levels, making it easy to take out even the strongest of enemies. 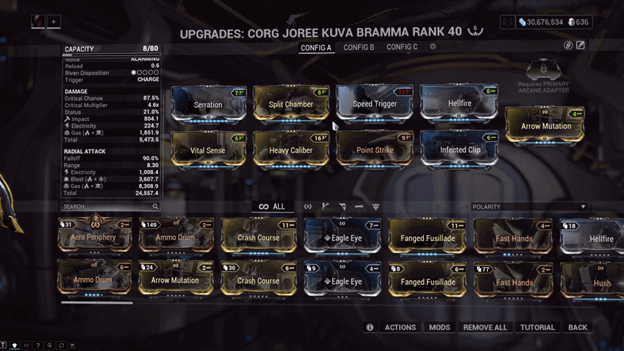 The Explosive Critical Damage Build focuses on increasing the Kuva Bramma’s Critical Chance to a point where it is guaranteed to deal critical hits often.

The high amount of damage is increased further with a single combination of elemental mods which goes well with the critical mods.

Even if you do not hit enemies directly, the explosion is sure enough to cause mayhem and obliterate anything close enough to the blast zone. 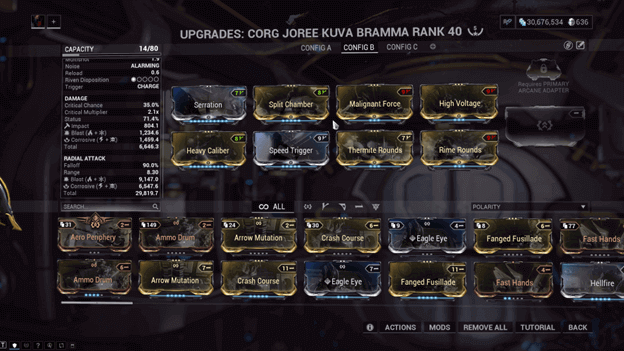 While the Kuva Bramma may not have the highest amount of Status Chance, it still has a good chance to proc Status Effects, even with an explosion.

The damage is increased further thanks to Heavy Caliber along with the 4 elemental status damage mods, giving the weapon 2 elemental combinations.

With the 2 elemental combinations in this build, you can cause Status Effects, as well as deal, increased damage to specific factions.

The Kuva Bramma Firestorm Build focuses on annihilating multiple enemies within a large radius, which can be done easily thanks to the Primed Firestorm mod.

While Primed Firestorm is recommended, the normal Firestorm mod will suffice and this will increase the blast radius of the area of impact of the arrow released.

Enemies who are further away will still be damaged and this can easily take out several targets in a wide area with a single shot. 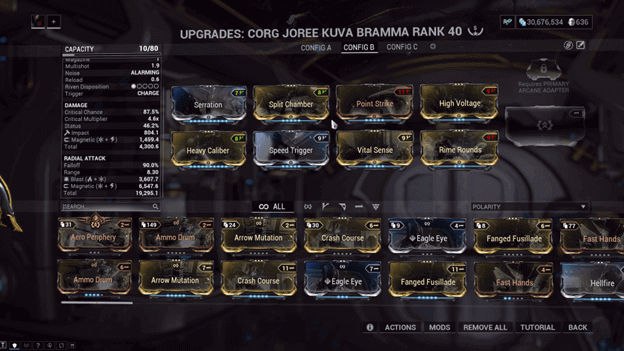 If you are not yet decided on whether to go for a critical build or status build, you could always go for a hybrid build.

The Critical Status Explosion Build is meant to deliver an explosive payload that will kill enemies and leave those who survive with Status Effects.

Survivors are surely to die within the next one or two shots thanks to the high amount of damage or simply because they are inflicted with a Status Effect. 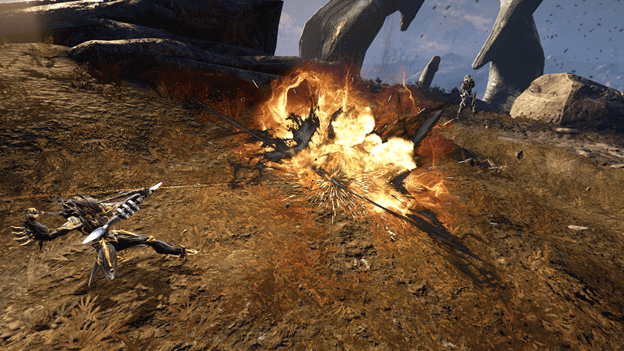 While the Kuva Bramma is more of a critical damage weapon, it is still possible to include Status Effects in the damage you deal.

A high amount of damage is guaranteed by this explosive bow and enemies are less likely to be standing unless they are higher level or simply bosses.

This weapon is great for blowing up groups of enemies thanks to its wide area of effect as well as the heavy innate damage it has.