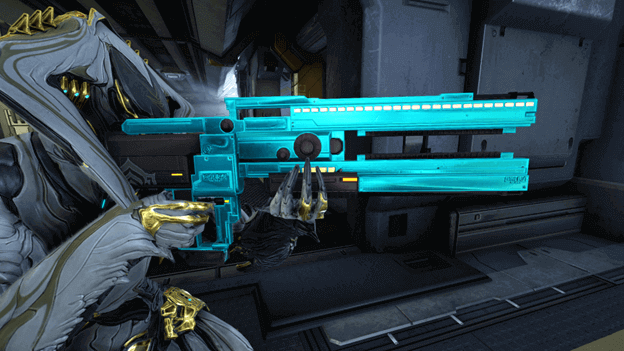 The Dera Vandal is an upgraded version of the Dera, which is a Corpus energy assault rifle mostly used by the Corpus Crewmen.

This assault rifle has supreme accuracy and can hit targets from a far distance, capable of dealing consecutive hits at long range.

With this weapon, you can easily score headshots and target enemy weak spots for better damage with the benefit of also having a large magazine size.

Below we’ve covered few Dera Vandal builds that were tested out by us to create effective damage to the enemies. 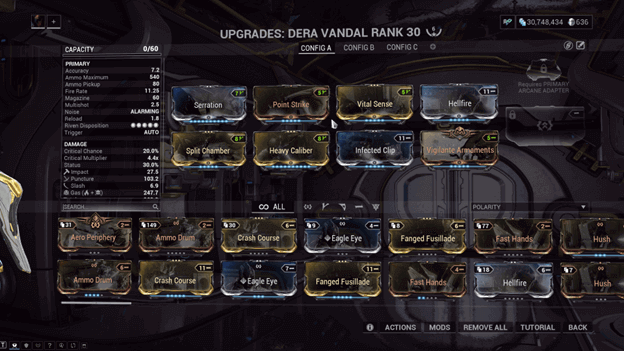 While the Dera Vandal does not have the best Critical Chance like some weapons do, it is still possible to make a build that can score some critical hits.

Using mods such as Point Strike and Vital Sense will boost its capabilities of doing this and with a large amount of ammunition to spare, you are sure to deal with some now and then.

The damage alone from the mods makes the Dera Vandal deal a good amount of damage and with its good accuracy and range, this build can be effective. 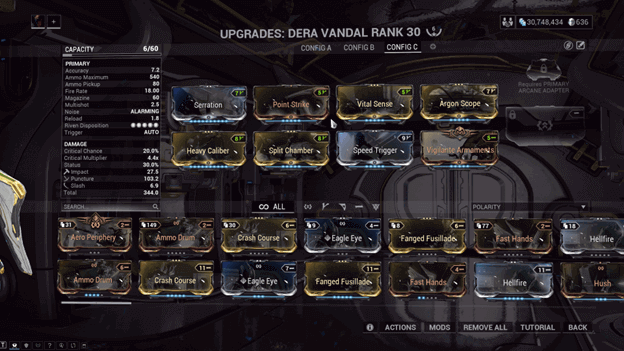 Focusing on even more critical hits, those who tend to aim for the head will greatly benefit from this build for more damage.

Utilizing the Critical Build and the Argon Scope mod, we alter the Dera Vandal to have a better chance of getting critical hits.

The Argon Scope mod will allow the Dera Vandal to have an increased Critical Chance after dealing with a headshot and aiming. 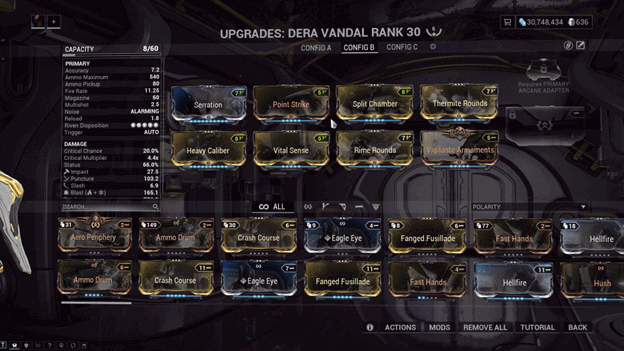 Those who are not satisfied with just critical hits can go for a Hybrid Build, which combines Critical Chance and Status Chance.

With a moderate amount of Critical Chance, you can surely score a few critical hits now and then with the bonus of inflicting status effects on enemies.

This Hybrid Build can be very efficient as the status chances that are inflicted may weaken enemies while the critical hits deal extra damage. 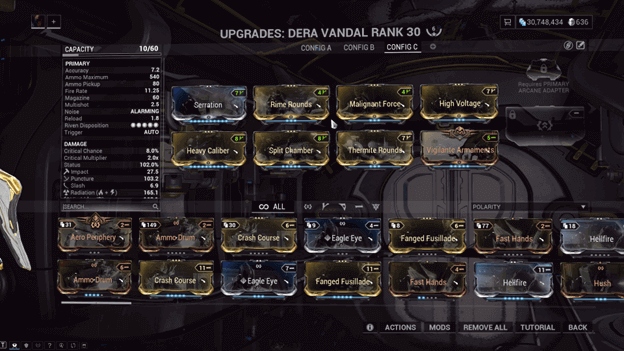 The Dera Vandal has a good innate Status Chance, and this can be boosted up to 102% with this build, which utilizes the Elemental Status Chance mods.

With a Status Chance of 102%, it is guaranteed that you will inflict enemies with status effects and since there is a combination of two elements, you can inflict even more.

Altering the positions of the mods can allow you to change the elemental combinations you want for dealing with specific status effects on enemies or to target weaknesses. 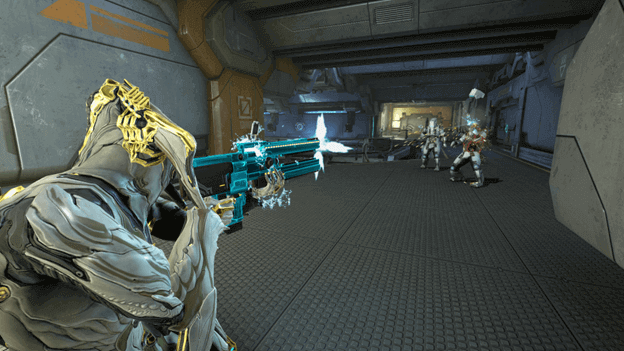 What the Dera Vandal may lack in Critical Chance, it makes up for with its high Status Chance, accuracy, and magazine size.

You can easily hit enemies from afar and score several hits in quick succession along with the bonus of status effects or critical hits based on what build you use.

The Dera Vandal can easily tear up mid-level enemies and can still be quite effective on higher-level ones and even certain bosses.