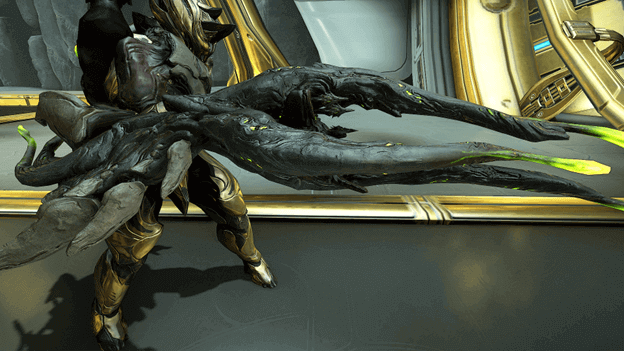 The Bubonico is an Infested arm-cannon that is categorized as a shotgun, which has two firing modes to best suit your preference when destroying enemies.

Its primary fire mode allows you to fire Toxin damage blasts at enemies while its alternate fire unleashes a burst of Viral damage-dealing explosive projectiles.

This weapon can be used to destroy enemies from both near and far and can easily be built for Critical or Status Builds.

Below we’ve covered some of the best Bubonico builds that were tested out by us to create effective damage to the enemies. 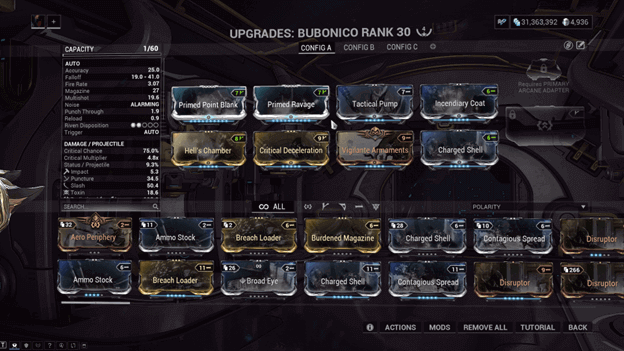 This Critical Build boosts the critical chance of the Bubonico’s primary attack up to 75% with its critical damage reaching 4.8x damage.

It can easily take out enemies when you focus on using the primary attack but also benefits the secondary as well with its overall damage.

While the secondary attack does not score critical hits as often as the primary, it can deal an excessive 7.3x damage once it does. 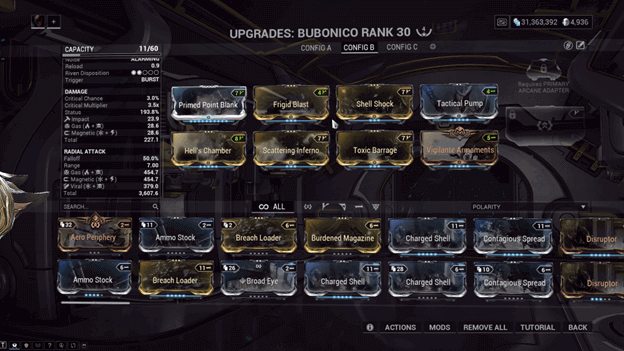 The Status Build is meant to cause status effects amongst your enemies and is more efficient with the Bubonico’s secondary attack.

With the large radius of its explosions, you can inflict status effects on several enemies if they manage to survive the blast.

With the addition of 4 Elemental Status mods to this build, the Status Chance of the Bubonico’s secondary attack reaches 193.8%. 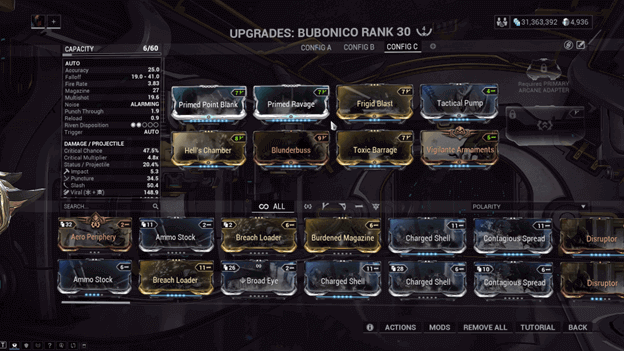 Combining both Critical Chance and Status Chance in this build, our Bubonico Hybrid build allows you to utilize both the primary and secondary attacks.

During fights, you can tactically use this weapon to use whichever firing mode is necessary depending on if there are single targets or groups of enemies. 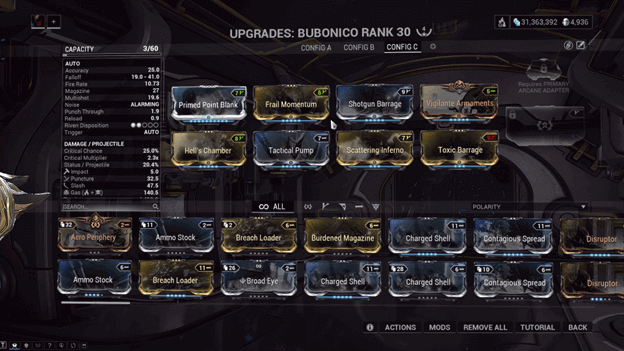 The Burst Fire Build causes the Bubonico to fire its shots at extremely fast speeds, allowing you to deal a ton of damage in seconds.

We have added two Elemental Status mods to add more damage as well as to increase the Status Chance of the weapon.

With the ability to quickly replenish its ammo as well as fire off shots in quick succession, you can rest assured enemies won’t be standing for long. 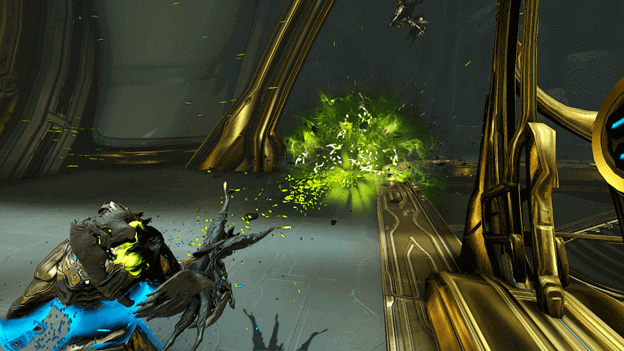 With innate Toxin damage for its primary attack and Viral damage for its secondary, this weapon can be modded to have more elemental combinations in total.

Its ability to get rid of enemies either a few at a time or in large groups makes it an essential weapon on most missions.

One of the best things about this weapon is it has seemingly infinite ammunition which just takes a few seconds to replenish.