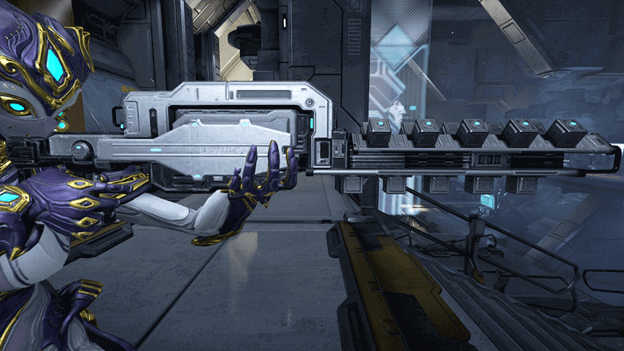 Its chain lightning galore with this electrifying weapon, the Amprex, has a new meaning to shocking and crowd control on the field.

This weapon fires a continuous beam of electrical energy that arcs to hit other enemies who are near the target.

Its ability to damage multiple enemies continuously makes it capable of clearing out tons of enemies or helping with crowd control.

Below we’ve covered few Amprex builds that were tested out by us to create effective damage to the enemies. 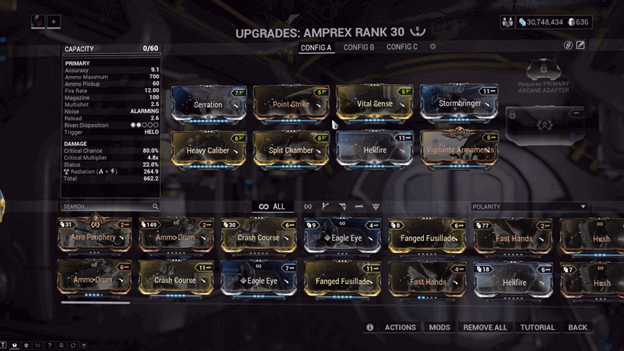 With the Elemental Critical Damage Build, we can boost the Amprex’s Critical Chance to 80%, which guarantees a lot of critical hits often.

This means that the damage from the critical hits will also damage those enemies who are nearby, making it very deadly to groups.

Simply aim and shoot to watch the enemies as they become disintegrated by the Amprex’s critical damage. 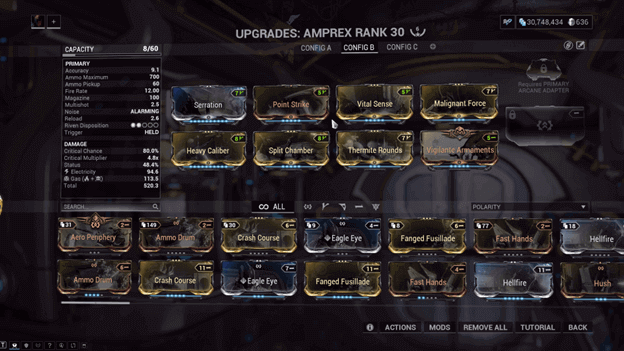 Taking it up a notch with the addition of Status Chance to a Critical Chance build, the Hybrid Build focuses on dealing critical hits and applying status effects to enemies.

With the critical damage shredding up enemies, those who survive will get affected by different status effects, making them weaker to more attacks.

Combinations with Blast can help with crowd control by continuously knocking enemies down or a Corrosive build can strip their armor. 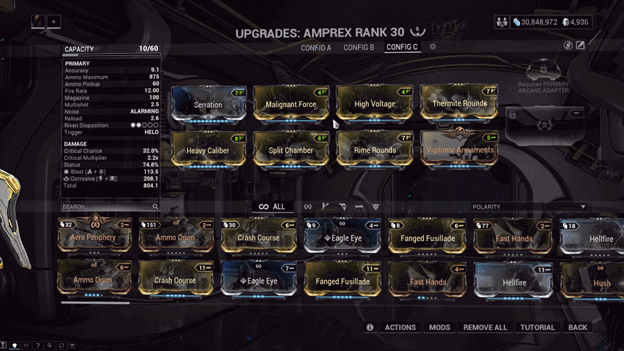 The Grineer have something to fear with this build as the Corrosive Blast build not only knocks enemies back, but it also strips their armor.

The combination of Rime Rounds and Thermite rounds creates the Blast element, which causes affected enemies to fall, giving you time to take them out.

With the Corrosive element in the build, enemy armor will be stripped, making them more susceptible to damage and quicker to kill. 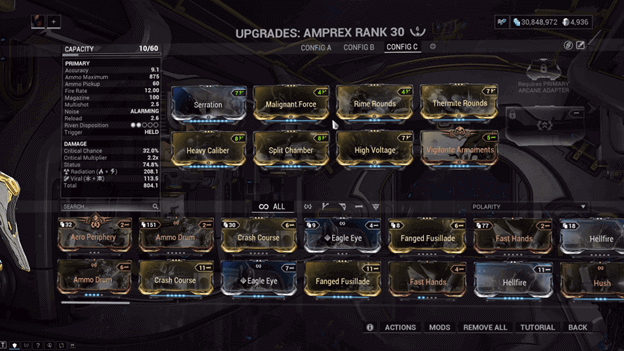 The Viral Radiation Build is one way to handle enemies by reducing their max health and causing them to fight against one another.

With the high Status Chance of this build, you can force enemies to fight amongst themselves due to the Radiation element.

Enemies affected by the Viral Status Effect will have reduced health making them easier to kill or may end up with them getting killed by their allies. 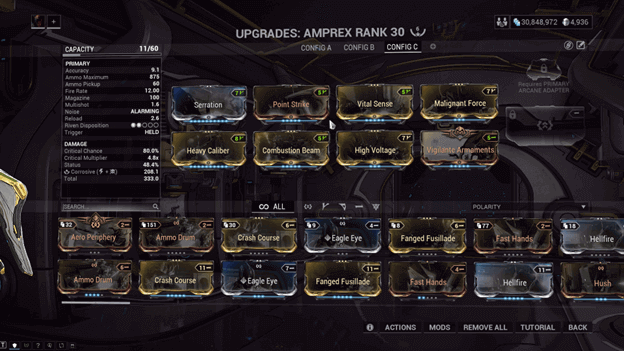 The Combustion Beam build is meant to cause more damage to enemies in groups as it makes an enemy explode when it is killed.

This happens due to the Combustion Beam mod that we have added into the build and with the high Critical Chance in it, you can easily kill multiple enemies.

Utilizing this build can cause chain explosions since multiple enemies will die and explode with your continuous attacks, clearing enemies in seconds. 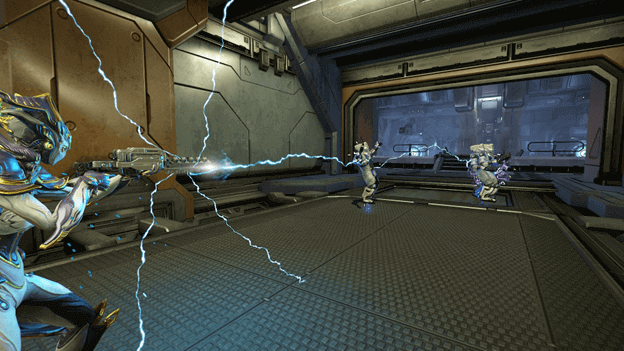 The best thing about the Amprex is its ability to chain to other enemies and along with its good Critical Chance and Status Chance, the possibilities are countless.

It’s a good idea to add elements to the build when you want to target a specific enemy or make use of a certain Status Effect.

You can easily dispatch large groups with the Amprex and take out anything else that is still standing as they are affected by Status Effects.