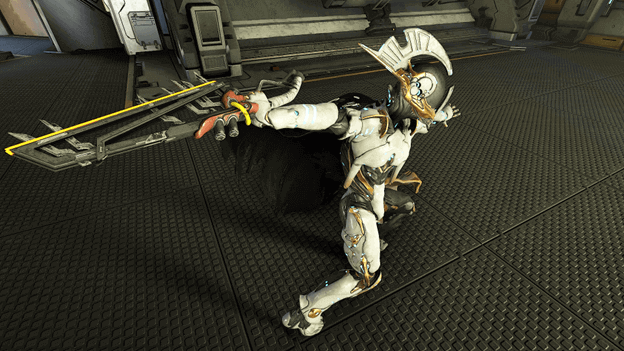 The Slaytra is an old reiterated Grineer machete that is capable of dealing with a lot of bleed damage thanks to its unique passive.

With double the amount of bleed damage caused by this weapon; you can guarantee to make enemies suffer when struck by this blade.

It has a high base status chance which may be utilized for those who wish to ensure the bleed status effect will trigger often.

Below are some of the best Slaytra builds that we have tested out in the game and all these builds are capable of creating effective damage to your enemies. 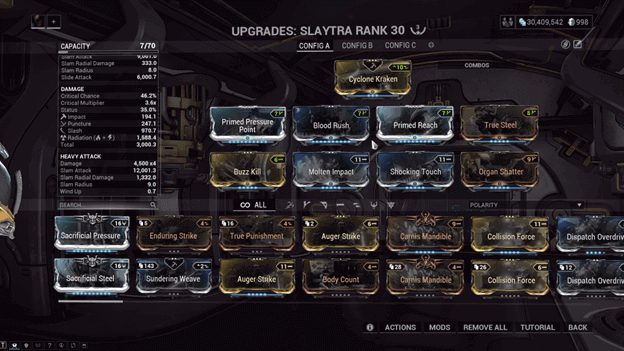 With the Slaytra’s fast attacks and moderate damage, the Slaytra Critical Build can ensure you get a good amount of combos going.

Its increased critical chance will help you land more critical strikes often to deal more damage to enemies you strike.

With the help of Buzz Kill and the elemental mods that you can modify in this build, you can deal more damage to certain factions. 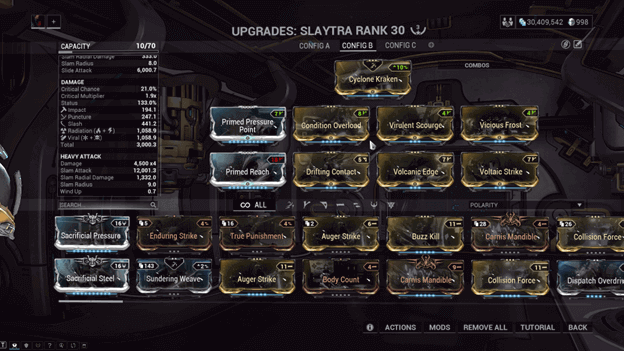 The Slaytra Condition Overload Build takes advantage of the weapon’s high status chance to guarantee enemies are inflicted with bleed along with other status effects.

This is perfect for when you want to utilize the double bleed damage as well as inflict other status effects to weaken enemies or deal damage over time to them.

Boosting the status chance to 133%, this build can guarantee that enemies who are hit will be flooded with status effects within only a few hits. 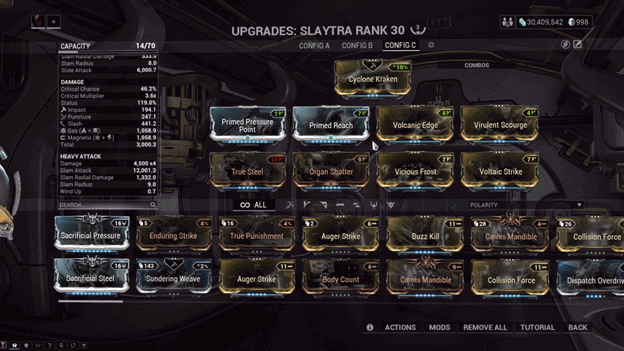 If you’re a fan of both critical damage and causing status effects, the Slaytra Hybrid build is the way to go for you.

This build will kick in critical damage often as well as inflict enemies with status effects, including the slash status effects which will deal double bleed damage.

Using this build will ensure your combos are accompanied by status effects to deal even more damage to enemies. 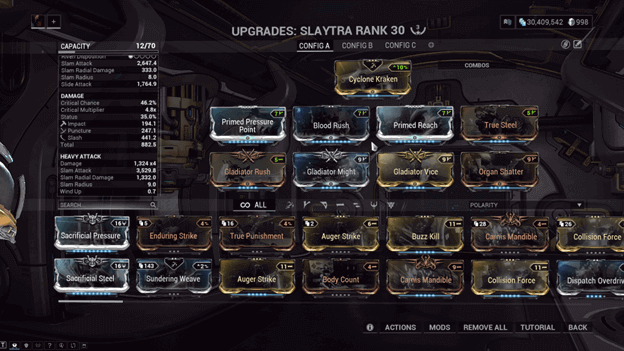 Fighting enemies up close can get messy sometimes which is why it’s good to ensure you can pack a punch, which is what this build can do.

With the Gladiator Mods in this build, your critical hits will be enhanced and if your Warframe also has other mods from the set, this boosts the bonus even further.

This build is intended to be used along with the other Gladiator Mods to be installed in your Warframe to maximize the set bonus. 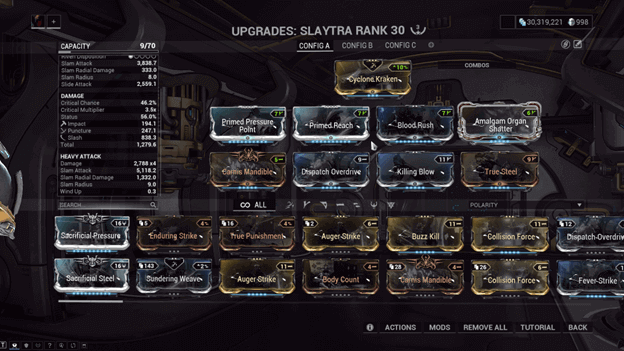 Rushing into battle and quickly escaping is a good way to poke at your enemies and with the Slaytra Carnis Mandible Build, this is possible.

This build was intended for those who often use both normal and heavy attacks, providing them with several benefits when landing heavy attacks.

It boosts the wind up of your heavy attacks to quickly add them in between combos and grants you evasion and status immunity for a short time thanks to Carnis Mandible.

There are several possible builds with the Slaytra due to its high status chance and moderate critical chance for you to utilize.

Making use of the double bleed damage passive will come in handy when you want to deal extra mayhem to enemies.